We all have heard of electronics, mechatronics and maybe even spintronics, but the latest buzzword doing the rounds of physics labs is atomtronics—the science of creating circuits, devices and materials using ultra-cold atoms instead of electrons -- Dr S.S. Verma 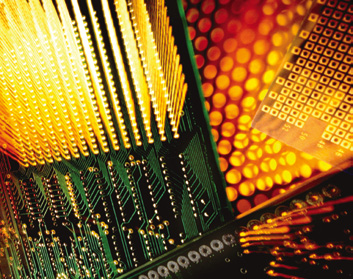 Electronics is the field of electron movement in the circuits governed by the use of wires, silicon and electricity. All modern electronic devices contain transistors as the fundamental building blocks. Until recently, electronics had been based on a single property of electrons—their charge. But now physicists have begun to exploit another property—electron spin.

So-called spintronics promises to revolutionise electronics because it allows information to be encoded in an entirely new way. Though electronics is bestowed with a large number of inherited advantages, but in the era of quantum electronics it is facing new challenges. Because electrons lose any possible initial quantum state as they bounce around through the energy-dissipating semiconductor or metallic systems, they are ill-equipped for quantum computing.

Atomtronics
We all have heard of electronics, mechatronics and maybe even spintronics, but the latest buzzword doing the rounds of physics labs is atomtronics—the science of creating circuits, devices and materials using ultra-cold atoms instead of electrons. What if atoms could be used to perform the functions that are currently the province of electronic devices? The goal of atomtronics is to do just that by creating analogues to the common items found in electronic and spintronic devices.

Physicists Satyendra Nath Bose and Albert Einstein proposed in 1924 that large numbers of atoms could be chilled to the point that they joined together in a single quantum state, bringing subatomic effects to a scale accessible by laboratory experiments. But it wasn’t until 1995 that scientists made a Bose-Einstein condensate (ultra-cold gas) using lasers to carefully cool rubidium-87 atoms down to temperatures less than a millionth of a degree above absolute zero. The 2001 Nobel Prize in Physics celebrated this accomplishment, which was also achieved using sodium atoms.

Atomtronics is a young and mostly theoretical field based on the idea that atoms in unusual quantum states of matter may provide an alternative to the tried-and-true electron for making useful devices. The field’sproponents have drawn up blueprints for atomic versions of many traditional electronic components—from wires and batteries to transistors and diodes. The idea is to manipulate neutral atoms using lasers in a way that mimics the behaviour of electrons in wires, transistors and logic gates.

Over the last decade or two, physicists have become masters at creating optical lattices in which atoms can be pushed, pulled and prodded at will. This optical property of atoms has not attracted much attention of workers but now people have begun a program to put tame atoms to work. The problem is that atoms don’t behave like electrons. So, building the atomtronic equivalent of something even as straightforward as a simple circuit consisting of a battery and resistor in series requires some thinking out of the box.

The dynamics of atoms in optical lattices, which are basically crystals of light, has been studied theoretically and experimentally for many years now. It is just a further addition to this field by theoretically demonstrating that the electronic properties of the diode and transistor can be observed in specifically tailored optical lattices.

Researchers believe that it is possible to emulate the behaviour of a semiconductor diode in these atomic systems. For example, simulations show that this augmented optical lattice will allow atoms to flow acros it from left to right, but forbids the atoms to traverse the lattice going the other way.

Ultra-cold atoms have interesting properties that conventional materials lack—superfuidity, superconductivity and coherence, to name just three. Being cold, they are also well-behaved enough to be manipulated by lasers. When several are held in a line or an array, these can link in a way that is governed by the laws of quantum mechanics and then the fun really starts.

These can be used to measure time on unimaginably short time-scales, can carry out simple calculations and may even form the basis of future quantum computers. Almost all of the atomtronics pioneers hope that for certain applications atoms will prove to be more interesting than electrons.

The motivation to construct and study atomtronic analogues of electronic systems comes from several directions:
1. The experimental atomtronic realisations promise to be extremely clean. Imperfections such as lattice defects or phonons can be completely eliminated. This allows one to study an idealised system from which all inessential complications have been stripped.

Consequently, one may obtain an improved understanding of the essential requirements that make certain electronic devices work. It is possible that a deeper understanding may provide feedback to the design of conventional electronic systems leading to future improvements. This lies parallel to the recent interest in single-electron transistors in mesoscopic systems and molecules, where many themes common with atomtronics emerge.