In today's world, you will take longer to think of an application than finding an accessory for the same. Think of a function and rest assured, you will be spoilt for choice regarding the devices to be used. A camera follows this trend without fail. Need night-vision, there's a camera for that; want to release your inner James Bond, one for that too; curious about how a rat looks to a snake, you're in luck again. In this article we look at how the camera has come a long way since being used exclusively to capture duck faces and pictures of bathroom mirrors!

Listed below are some of the many different cameras available in the market which are used to cater to just as many varied applications.

Closed Circuit Television
Closed-circuit television (CCTV) is the use of video cameras to transmit a signal to a specific place, on a limited set of monitors. It differs from broadcast television in that the signal is not openly transmitted, though it may employ point to point (P2P), point to multipoint, or mesh wireless links. Though almost all video cameras fit this definition, the term is most often applied to those used for surveillance in areas that may need monitoring such as banks, casinos, airports, military installations, and convenience stores. For various ingenious uses of CCTV, please see . 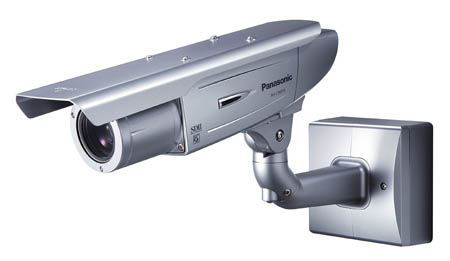 An Internet protocol camera, or IP camera, is a kind of digital video camera commonly employed for surveillance, and which, unlike analog closed circuit television (CCTV) cameras, can send and receive data via a computer network and the Internet. Although most cameras that do this are webcams, the term “IP camera” or “Netcam” is usually applied only to those used for surveillance. 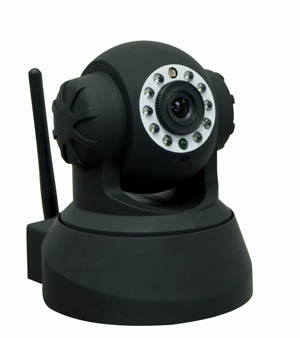 There are two kinds of IP cameras:
1. Centralized IP cameras, which require a central Network Video Recorder (NVR) to handle the recording, video and alarm management.
2. Decentralized IP cameras, which do not require a central Network Video Recorder (NVR), as the cameras have recording functionality built-in and can thus record directly to digital storage media, such as flash drives, hard disk drives or network attached storage.

Harshal Desai of Navatek Systems elaborates “When the name ‘camera’ comes up, people think in 2 direcitons, photography or security. But in our range of cameras we have more than both. We have a range of IP Cameras which can be deemed as a security product, but our IP Cameras are of the Plug n Play variety, whereby allowing people to monitor kids at home or their elderly parents etc. Now-a-days, almost every home has an internet connection & these cameras easily connect with the home network and lets the user connect to those by simply entering the website address mentioned on the box and view what’s happening there. The user doesn’t have to be an IT pro to be able to use this or set this up. The camera takes all of 15 mins to setup and is available in wired as well as wireless (WiFi) option.”

Popular with everyone from extreme sports enthusiasts to secret shoppers, spy camera glasses are a fun, typically low-cost way to record video on the go, hands free. These unique gadgets are right out of an action movie, featuring fully integrated DVR camera systems that allow you to record exactly what you see through your own eyes. Hidden camera glasses are different from a spy camera pen or a camcorder watch, because you won’t arouse any suspicion from a recording subject by filming them. Spy sunglasses are a stylish way to capture everything from festivals and concerts to sporting events in which you’re participating and need the use of your hands.

Much like a spy camera smoke detector working on a WiFi camera system, the latest spy glasses don’t require any outside wires to function. All you need to capture hours of high-quality video is an SD card. Hidden camera glasses make a great gift for anybody who likes recording video on the go, but still needs to retain the use of their hands while doing so.

Button Camera
Button cameras are some of the most sophisticated hidden cameras available in the market. These tiny, covert recorders can be smaller than a stick of gum and still house high-resolution imaging technology. Mr Satful Sonawane of Security Planet, Pune adds, “What makes a button spy camera unique is the fact that it is a completely inconspicuous body-worn surveillance. Unlike spy glasses or a pen camera, a spy camera button is hidden in your clothing, as opposed to being worn on your face or placed in a pocket. Button cameras are attached to your clothing by replacing a button on your shirt or jacket, and then having a replacement button cover the camera lens. The process is quick and easy, and the button covers screw directly onto the hidden camera”.