In today's world, you will take longer to think of an application than finding an accessory for the same. Think of a function and rest assured, you will be spoilt for choice regarding the devices to be used. A camera follows this trend without fail. Need night-vision, there's a camera for that; want to release your inner James Bond, one for that too; curious about how a rat looks to a snake, you're in luck again. In this article we look at how the camera has come a long way since being used exclusively to capture duck faces and pictures of bathroom mirrors! 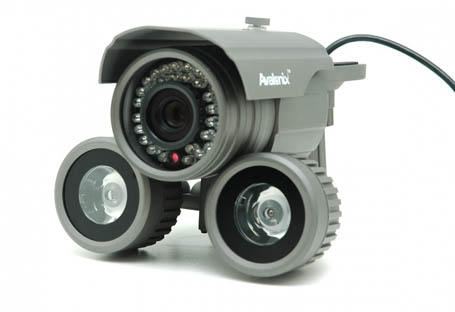 On the other hand, the vast majority of button cams are so small, in fact, that they can’t even power themselves or house their own DVRs. As a result, these tiny hidden cameras require a DVR to function. A wide variety of pocket-sized DVRs can be bought off the market that not only provide the necessary ability to save recordings, but also the power supply these cameras need. For an even greater level of hidden recording, a wireless button camera works in the exact same way as a wired cam, except it doesn’t need to be connected to a DVR by wire. Much like a hidden IP camera or a WiFi camera, these hidden cameras connect to your pocket DVR without the need of wires.

Night Vision Cameras
Without an iota of doubt, the first thing you probably think of when you see the words night vision is an action movie you’ve seen or Counter Strike, Modern Warfare and the like (for some of our younger game enthusiasts), in which someone straps on a pair of night-vision goggles to find someone else in a dark building on a moonless night. And you may have wondered “Do those things really work? Can you actually see in the dark?” 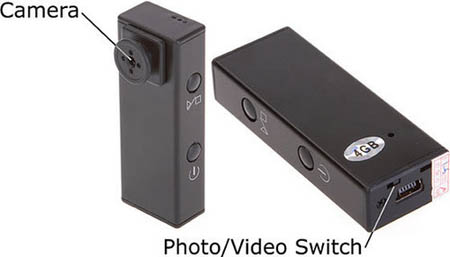 The answer is a resounding yes. With the proper night-vision equipment, you can see a person standing over 200 yards (183 m) away on a moonless, cloudy night! Night vision can work in two very different ways, depending on the technology used.

Image enhancement – This works by collecting the tiny amounts of light, including the lower portion of the infra-red light spectrum, that are present but may be imperceptible to our eyes, and amplifying it to the point that we can easily observe the image.

Thermal imaging – This technology operates by capturing the upper portion of the infra-red light spectrum, which is emitted as heat by objects instead of simply reflected as light. Hotter objects, such as warm bodies, emit more of this light than cooler objects like trees or buildings.

Thermal Imaging Cameras
A thermographic or infra-red camera is a device that forms an image using infra-red radiation, similar to a common camera that forms an image using visible light. Instead of the 450–750 nanometre range of the visible light camera, infra-red cameras operate in wavelengths as long as 14,000 nm (14 µm). All objects emit a certain amount of black body radiation as a function of their temperatures. Generally speaking, the higher an object’s temperature is, the more infra-red radiation is emitted as black-body radiation. A special camera can detect this radiation in a way similar to an ordinary camera does visible light. It works even in total darkness because ambient light level does not matter. This makes it useful for rescue operations in smoke-filled buildings and underground. 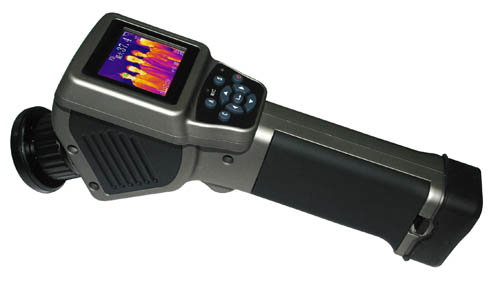 GSM Remote Camera
This GSM remote security camera allows you to secretly spy on your home to see who is invading your private study or lurking around in your home office. With its innovative technological advantage of motion detection and night vision capability, you are assured of always being able to have a clear MMS image sent to your cellphone, and receive alerts once the motion detection feature automatically activates.

Once you’ve inserted a Dual Band SIM card into this GSM remote security camera, you are able to then call the inserted SIM number from anywhere in the world to listen in on conversations. What’s also great about this GSM remote security camera, is the on board mic and speaker which means that you can also call and warn intruders that they have been caught. 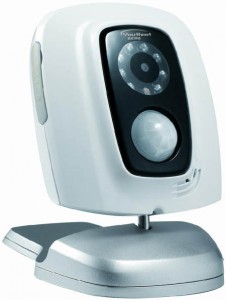 The MMS function within this GSM remote security camera is not limited to motion detection activation, you can also send an SMS message command to the SIM card number within the GSM remote security camera, and it will then reply directly to your mobile phone, sending you a series of MMS images, and as long as there are people moving about unknowingly activating the motion detection, the remote GSM security camera will continually send you MMS messages containing images captured.

Round-up
This article is, at most, a slight insight into the vast array of applications for a camera. The type of imaging solution needed for a particular function defines the kind of camera to be used. Innovative uses for a camera are still being found out and with changes in basic architecture, they are only going to increase in functionality offered and domains covered.