Industrial Automation v2 Fitting The Factory Into The Enterprise

Equipped with wireless and mobile connectivity, standards and platforms, artificial intelligence and machine learning, Web services and service-oriented architecture, etc, industrial automation has at last connected the factory to the rest of the enterprise. Not only has the factory been encapsulated within PCs and mobiles, it has also linked up with the business to respond to market situations, customer needs, etc in a timely and efficient manner -- Janani Gopalakrishnan Vikram 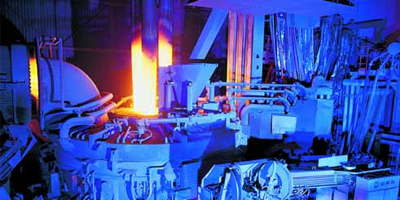 OCTOBER 2010: PepsiAmericas, Pfizer, Conoco Phillips, Huntsman, Valero Energy, Sweener Refineries and a clique of other global companies have deployed a fleet of ‘grey collar’ employees who practically remote-control the companies’ business. Stephanie Neil (in DeepDive: Enterprise Mobility – Let’s Get to Work) describes the grey collar crew as the unison of the blue and the white collared, brought together by mobility. It comprises executives on the road, engineers in the field and operators on the factory floor. They collect data on a constant basis as they go about their daily work, and feed it into the system.

The real-time information they generate has the power to control everything from logistics and marketing right down to production. That does not mean every employee has to give instructions to the various systems in the company, although they could do so in extraordinary situations. On a regular day, they would simply have to update the system with information collected on-the-go. The information is promptly analysed and several dependent decisions are automatically taken and executed—how long should each machine work, how much of the produce should be packed, where should the inventory be, at what time should the delivery trucks go and more. The reports are also available to executives at various levels for further planning and decision-making. That is automation today, not merely a set of machines turning out products at a furious speed!
[stextbox id=”info” caption=”Some components of industrial automation”]

[/stextbox]From mechanisation to intelligence: many technologies at work

Industrial automation has come a long way from the days of mere mechanisation—when machines were controlled entirely by workers on the factory floor. Then came automation—when machines could work without human intervention, controlled by programmable logic controllers (PLCs) and other embedded systems, and integrated using software systems. Even that is changing today, and we could call the emerging age as that of autonomy. Or, shall we call it Industrial Automation v2?

First of all, v2 is no longer confined to the factory floor. It has pervaded the entire enterprise, right from product engineering and manufacturing to testing, logistics, marketing and even customer care. Everything is being automated.

• Nano-scale automation. Nano-scale manufacturing is picking up. For changes at the nano-level, specialised equipment are needed to meet the assembly, measurement, monitoring and control needs of nano-level processes. The industry is trying to meet these needs with nano-scale wireless sensor networks, nano-scale impulse radars, motion controllers and even assembly units to assemble nano-sized components.

• Focus on energy. Machines with Energy Star ratings are being preferred in the automation world. Alternative energy sources like solar power are also being used to power outdoor equipment like sensors.

• Systems approach. Catering to a client is no longer just selling machines to them, but setting up systems too. Machines need to be bundled with smart services, and the interfaces to connect them to a larger system when required. There is a huge demand for system integrators, to link up the components and implement a seamless automation system.

• Visualisation and simulation. There is an increased focus on visualisation in industrial automation today. The ability to see the process graphically, the large amount of real-time information that is available today and the ability to zoom in on a particular data set or aspect of process condition in real time will improve the productivity of operators and plant managers. The ability to realistically simulate in real time what might happen if a particular action is taken will greatly improve process efficiency and safety.

• Centralised devices. Graham Harris, president of Beckhoff Automation LLC, noted in an Automation World feature that: “I see not only new Ethernet- and PC-based technologies leading the charge toward innovation in manufacturing and automation, but also the fusion of more advanced engineered solutions into high-powered, centralised devices. One could think of this as bringing more multi-tasking to the automation controller. This is typically implemented with a single industrial PC equipped with a modern multi-core processor and covers not just PLC, automation, motion control and human-machine interface on one controller, but pushes beyond to include various forms of high-precision measurement, condition monitoring, vision and even robotics/kinematics.”