Industry Shows On Electronics, Broadband And Cloud All Open Together!

Taitronics 2013, the 39th edition of the international electronics show, opened at Taipei along with two other shows – Broadband Taiwan and Taiwan International Cloud Technology and IoT Show. Organised together by TAITRA and TEEMA, these events featured a total of 738 exhibitors hosting 1,415 booths at these three shows. These also include 9 themed pavilions created for the three electronics shows.

During the inauguration, it was made clear that the electronics industry is the most important industry in Taiwan. Approximately 46.7 per cent of annual export last year was by electronics, at US$140.6 billion. This year, US$70.73 billion has already been exported, showing a 5.29 per cent growth – thus Taiwan already got a running start this year.

5 Industry Trends from Taiwan
A set of important industry changes were shown at the event, which gave an idea of possible emerging trends that we can expect to see in the industry this year.

This is mainly wafer fabrication, and is a capital and technology intensive industry. With an output value of NT$829.2 billion, TSMC, UMC, VIS, Episil and JJNET dominate IC manufacturing, Winbond and Macronix are two manufacturers of IDM, and Inotera, Powerchip and Rexchip are those in DRAM.

The specifications of wafers currently produced are 4, 5, 6, 8 and 12 inches, but the first 18-inch wafer is expected to go into production by 2016.

Apart from this, fabless firms like Qualcomm, Broadcom and AMD are transfering IC manufacturing to specialised factories, of which TSMC and UMC are the biggest beneficiaries.

IC packaging is to encase the tiny block of semiconducting material, preventing physical damage and corrosion. IC testing utilises a testing machine to check if the product is defective or not, both before and after packaging.

The business revenue of the biggest 5 vendors takes 70 per cent of the total (NT$ 393.5 billion), and so the surviving space for small enterprises is little and it is expected that only firms with a unique niche will stay in this game in the coming years.

Traditional TFT LCD panels have entered into the mature period. In order to upgrade the added value of the product, 3D function, 4k, 2k, and more precise and high-level panels have been introduced into the market. Another major growth area is the handheld market, which means that there is a great demand for small sized panels.

The profit range in this industry is impacted by the development in the Chinese market. In order to tackle this change, the Taiwan market has shifted focus on high-end circuit products, such as buried-in passive devices, fine critical dimension and 3D IC substrate to ensure growth. 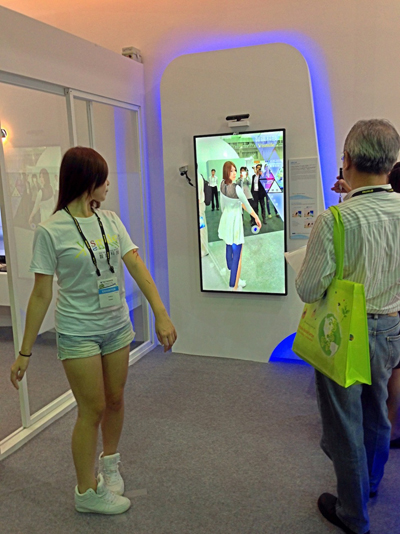 Obviously a lot of technology advances continuously occur in the electronics industry, but the biggest changes observed were around IoT devices which require ruggedness, smaller size, cost-effectiveness for the mass market, wireless capability and big data requirements. Therefore, it is not surprising that the biggest trends are all in sync.

Flexible AMOLED application to start a revolution in display design

‘MIT Inside’ forecasts that light, thin, flexible and bendable displays will give rise to unbreakable displays on smartphones starting 2013 itself. It will later give rise to new form factors for mobile devices as well – like foldable tablets and revolutionary wearables. As mentioned earlier in the industry trends, this will be key in improving the value-add to overtake other competing market regions.

Even though the global FDD-LTD operators are progressing, TD-LTE operators are being pushed by China Mobile. As a result, there are already 11 operators with commercial networks, and 40 more operators in the testing phase. China Mobile, Reliance and Clearwire will potentially start offering services in 2013. This will also cause WiMax operators to invest in TD-LTE. This promises a huge potential for telecom companies.