Krishnan Shrinivasan, managing director at Lam Research India, in an exclusive interaction with Mukul Yudhveer Singh spoke about whether India should invest in a semiconductor fab or not. Here is what he had to say. 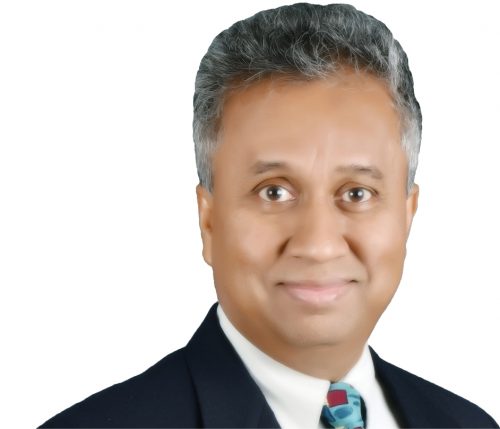 A. Not just India, I think every major economy should have access to a spectrum of technologies. The question should not be whether or not we should have a fab, but how soon can we have a semiconductor fab? Should it be set up by private players, or should the government play a role, or should it be a mix of both, are the right questions to ask!
The government’s Chandigarh fab is a proof that capabilities exist in India. After the capability comes the question of economic benefit. Unless the answer to this question is clear, private players may not be interested in investing in a semiconductor fab. The good news is that a lot of multinational companies have started coming to India to get their electronic products assembled here.

Q. By when should India have a semiconductor fab?

A. We missed that boat about forty years ago. A truth that not many know is, that amongst the Asian nations, India had the fab development going on earliest. Even countries like Japan were having the same level of discussions around fabs in the 1980s, just like us in India.

I wish we move fast now because everything in the ecosystem outside semiconductor fab already exists in India. The biggest proof of the same is that every big chip manufacturing company of the world has a technical office in India. Then there are a good number of startups designing chips in India that have the potential to go global. To top it all, we have a large base to consume it all here in the country. If we just take the example of smartphones, there are hundreds of millions of consumers waiting to upgrade their smartphones.

Then we have a huge consumption of consumer electronics. The defense, aerospace, and space sectors also use a lot of semiconductors. Most importantly, the level of human talent available in the country is excellent. The number of Indians working in the semiconductor industry can astonish anyone. Indians are associated with top semiconductor companies as CFOs, CTOs, and many other managerial and technological roles.

Q. Despite all the strong pointers, why does India keep missing the bus for setting up a semiconductor fab?

A. I think what is lacking is an honest effort to bring all the advantages together. We need to work on all the factors and bring in a solution that appeals to possible stakeholders in an economically viable manner. Whether it is land availability, power availability, access to ports, or availability of high quality chemicals and reliable labour, all these need to be coordinated in such a way that players find it a good deal to make semiconductors in India.
Today, it is easy to go to Taiwan and get semiconductors manufactured from a design, and a lot of startups are already designing semiconductors here. The investment required to set up a modern fab is so huge that private players might not be ready to invest. So, the government might have to intervene, encourage, and offer as much help as possible.

Q. Why should India have a fab at all?

A. India has a significant presence in every technology and vertical except electronics, be it medical, software, or some others – you name it and India is among the leaders. However, when it comes to electronics, we have not been able to make our presence count. If you look at China and carefully assess what the country did, you will find that they took calculated moves following a very large electronics import bill and worked on making themselves self-sufficient in terms of electronics.

Twelve years ago, the Indian Semiconductor Association published a report pointing out that the import bill for electronics was very soon going to exceed the export bill of electronics in India. At some point we might land up with a $100 billion trade deficit in terms of electronics.

Q. With political stability as one of the biggest advantages of India, do you think the country can become the hub of semiconductor manufacture?

A. Asia’s demand is already being met by the suppliers to a large extent; the likes of Taiwan, Japan, Korea, and China are meeting semiconductor demands quite successfully. We might not be able to get very far by trying to replace the existing suppliers of semiconductors. What we could do probably better in India is to generate a whole new range of applications for semiconductors. India has a unique set of problems where millions are transitioning from a farm-based economy to an urban-based economy. The problems during this transition are going to be both a challenge and an opportunity. Technology will play a big role in charting out solutions for these problems.

The best part is that, once these solutions are available, the same will find applications in a lot of other parts of the world. I see the continent of Africa and Latin America as two of the biggest examples. Some examples of the solutions could be concerning agriculture, weather forecast, and communication. Instead of replacing current leaders in terms of semiconductors, we should try and find solutions to newer problems, and then proliferate the same to the rest of the world.

Q. What kind of semiconductor fab do you think India should look at under the present circumstances?

A. That is a difficult question to answer. Instead of looking at what technology a country should start with in terms of a semiconductor fab, it should look at what applications it wants to focus on. In my 25-year journey with Lam, I have gone from 250Nm technology to 5Nm technology.

What we at Lam have recently discovered is the repurposing of older technologies for newer applications. For example, if you are building an IoT device that generally does not require cutting-edge technology, or a water sensor for assessing the quality of water in a lake or a pond, it would not require 5Nm technology. These can be developed using 90Nm or 65Nm technology.

It is the application that should drive selection of the technology, and hence the kind of investment required. The expense in setting up a 5Nm fab is humongous. Instead of debating whether to go for 12Nm or 5Nm technology, we should look at the applications we want to build.