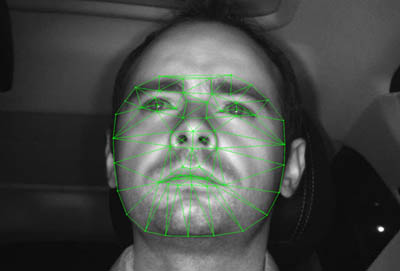 Automatic Number-Plate Recognition (ANPR)
ANPR uses Optical Character Recognition (OCR) on images taken by cameras. It first uses a series of image manipulation techniques to detect, normalize and enhance the image of the number plate, and then OCR to extract the alphanumeric details of the license plate. Standardisation of number plates is a pre-requisite for the smooth functioning of the arrangement. ANPR is used in traffic cameras in certain countries to assist in checking speeding, rash driving and other infractions. The results are either processed right there or sent to a distant server where they are further worked upon. 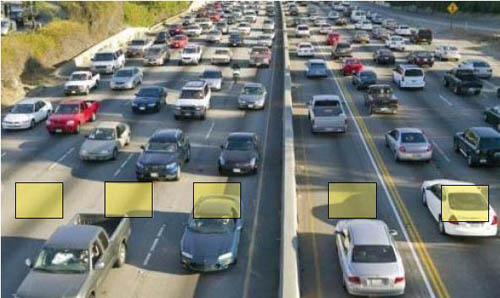 Parking Lot Occupancy
This method is based on three main processing stages. In the first section, raw image acquired by camera system is pre-processed. The shadows in the image are significantly attenuated or completely removed. The image distortion is corrected subsequently. Later, optimal correspondences between one or more stationary cameras and visible parking places are established. During this process occlusions are taken into account. An occlusion, in image-processing, refers to the situation when you want to see something but can’t due to the sensor setup or some other event. Finally, a parking place status is evaluated. The acquired information about parking lot occupancy can be served to another system, e.g. an intelligent transportation system. These systems find use in intelligent automatic parking lots.

Public Safety
Police keep CCTVs at sensitive and volatile areas of a city. The images being beamed back help them in sending law-enforcement officials or emergency teams to the proper site at the proper time hence preventing riots or other serious trouble.

Animating Plasticine Puppets
Topping the list of fun activities one can do with the help of a CCTV would have to be the creation of animated plasticine puppets using stop motion. Stop motion is an animation technique to make a physically manipulated object appear to move on its own. The object is moved in small increments between individually photographed frames, creating the illusion of movement when the series of frames is played as a continuous sequence. The most recent example of this would be the 2009 movie, Fantastic Mr Fox which was made entirely in stop motion using strategically placed cameras.

Round Up
In conclusion, this article only goes to show that the diversity of uses you can put a CCTV to is limited only by the human imagination and need. I can assure you that by the time you read this line, the number of alternate uses for CCTV would have gone up again.