Therefore, here we will consider an array with identical elements. In designing arrays we have several controls such as geometrical configuration of the overall array, distance between the elements, excitation (amplitude and phase) and pattern of individual elements.

In this section, we establish the basic methodology for analyzing an array of identical elements. 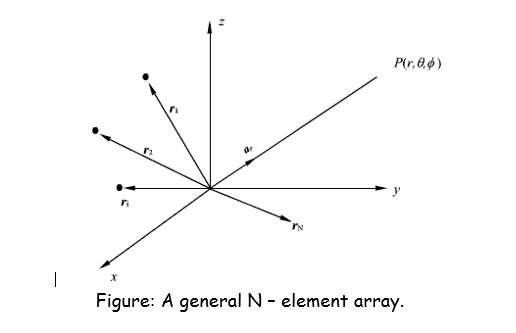 Let the electric field radiated by an element, when placed at the origin and with an unity excitation is given by

The distance from the ith element to the far field point of interest is  for phase variation and  for amplitude variation.The total electric field at the point P is given by

is called the array factor of the antenna array.

In equation (3) we observed the expression for the array factor for an N- element array. To simplify our discussion, let us consider a two-element array. Further, we consider the elements are to be isotropic point sources. The array configuration under consideration is shown in Figure below 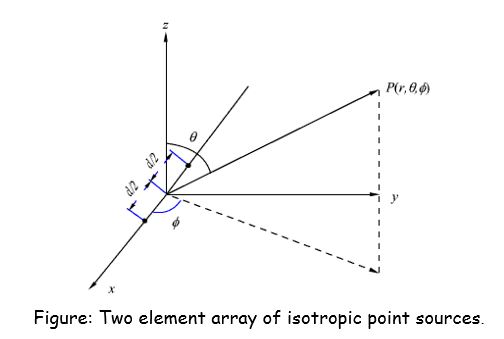 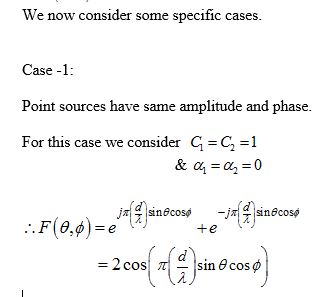 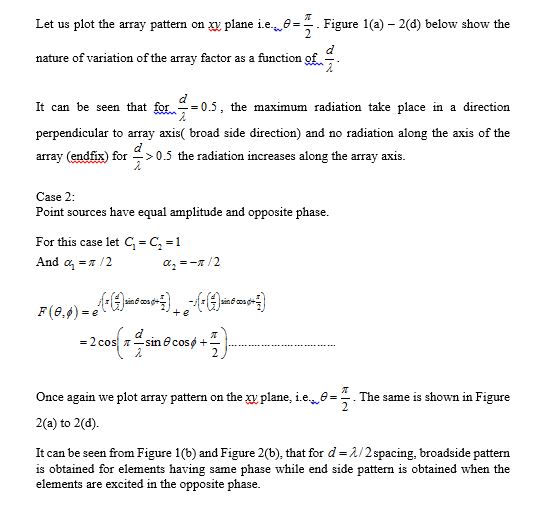 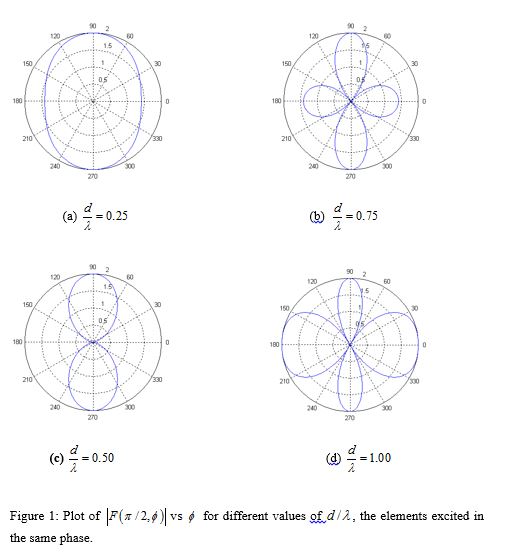 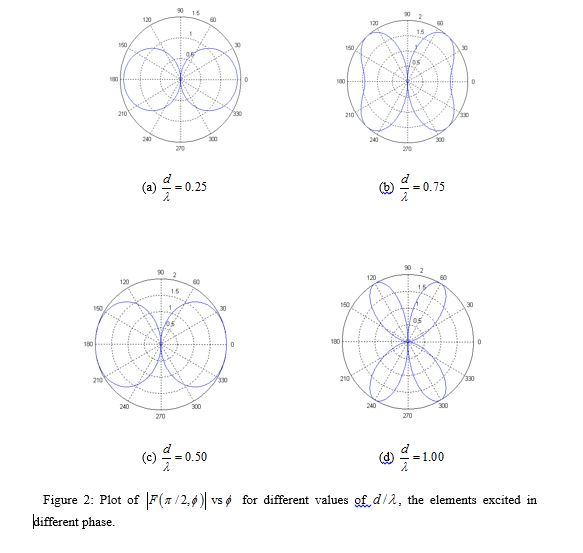 The main purpose of creating a fixed antenna array is an increase in the antenna’s directional gain; an array consisting of N identical elements can achieve an increase in gain of up to a factor of N if optimally fed. A parasitic array does not achieve such an increase since there are more constraints on the distribution of currents attainable through passive coupling.

Use of arrays for increasing antenna gain are an alternative to so-called aperture antennas, in which the gain is achieved using a single geometric structure, more akin to an optical focusing device. Designs such as the horn antenna and parabolic dish antenna become more practical at higher frequencies (shorter wavelengths) whereas antenna arrays may be practical at any wavelength. At lower frequencies, where rigidly turning a large structure may be unfeasible, an array may be made steerable (or may just be tuned to optimize a particular radiation pattern) through electronic adjustment of the elements’ relative phases. This principle is often used in AM broadcast, where two or more large fixed towers (vertical monopoles) may be “phased up” to create a desired radiation pattern; obviously such structures cannot be moved once erected.