What is micro:bit board?

micro:bit board is an Open Source embedded system having a display consisting of 25 LEDs. It was launched by BBC in 2015 for use in computer education in the UK. It is also referred to as BBC micro:bit. The main goal of micro:bit is to give educators and parents an easy-to-use tool to teach the basics of computer programming. It has been reported that the board is now available to schools, clubs and families across the US and Canada. 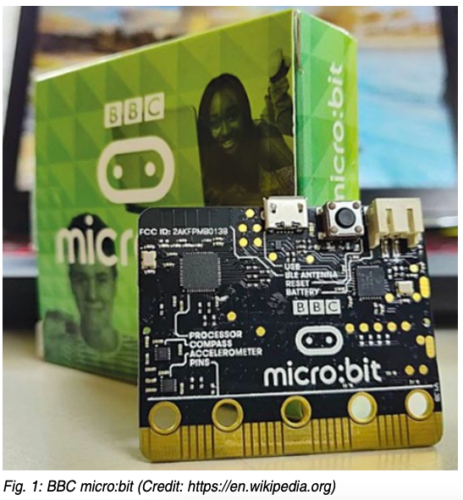 What are the main differences between micro:bit and BeagleBone?

There are many differences between BBC micro:bit and BeagleBone Black (BBB). BBB is much more powerful than micro:bit. Some differences are listed in the table. BeagleBone Black. This is a low-power open source single-board computer manufactured by Texas Instruments. The board was developed as an educational board that could be used in colleges around the world to teach open source hardware and software capabilities. It is also sold to the public under Creative Commons share-alike licence. 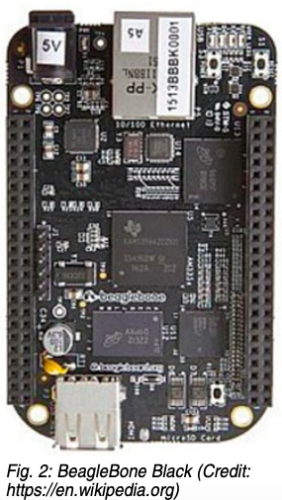 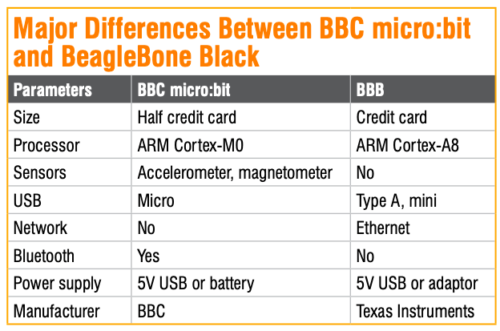