Energy crisis and environmental pollution have triggered the development of clean and renewable energy storage systems. Supercapacitors also called ultra-capacitors or Electrical Double Layer Capacitor (EDLC), provide very high capacitance in a small package. It stores electric energy in the form of the electric field between two conducting plates and can complete hundreds of thousands more charge-discharge cycle than batteries because they do not experience wear and tear associated with the chemical reaction. Due to this reason and its increased use in electric drives, UPS, active filters, traction and automotive drives has grabbed the attention to know the peculiarity of it.

Before we move on to the working of Supercapacitors, let us first understand the structure of a supercapacitor.

It does not consist of a dielectric material like ceramic capacitors or electrolyte capacitors do have. As shown in figure 1, supercapacitors consist of two porous electrodes, electrolyte, a separator and current collectors. Let us look at each of these.

Current collectors are made up of metal foil generally of aluminum as it is cheaper than titanium, platinum etc. They are coated with the electrode material.

The capacitance value is proportional to the surface area of the electrode. Generally, as an electrode material, highly porous powdered coated active carbon material or carbon nanotubes are used. The porous nature of the material allows many more charge carriers (ions or radicals from electrolyte) to be stored in given volume. This increases the capacitance value of supercapacitors. The electrodes are coated on a current collector and immersed in an electrolyte.

The electrolyte is the key factor in determining the internal resistance (ESR). The electrolyte solution shall be either aqueous or non-aqueous in nature. The non-aqueous electrolytes are mostly preferred as they provide high terminal voltage V. Non-aqueous solution consists of conductive salts dissolved in solvents. Acetonitrile or propylene carbonate as solvents preferred mostly. Tetraalkylammonium or lithium ions can be used as solutes.

The separator is between electrodes and it is made up of material that is transparent to ions but is an insulator for direct contact between porous electrodes to avoid short circuit.

P= V2/4R
where V [Volts] is the operating voltage and R [Ω] is internal resistance.

When the voltage is applied, charging starts, means the electric field starts developing. Let us understand the process of charging referring figure 2 and 3.

The process of charging is as follows:

On applying voltage, each collector attracts ions of opposite charge.
Ions from electrolyte get collected on the surface of the two current collectors.
A charge is built on each current collector.
As we can see in figure 3, two separate layers of charge have been formed, hence supercapacitor is also called as an Electrical Double Layer Capacitor (EDLC).

Now we would understand the process of discharging taking reference of figure 3 again and figure 4.

The process of discharge is as follows:

Due to unique storage capability of supercapacitors, it has been widely used in various applications like electric drives, UPS, traction, electric vehicles, SSD’s, LED flashlights etc. Let us discuss few of them.

Transportation is the biggest market for supercapacitors. In India, at the end of the month, October 2017 BEST (Brihan Electric Supply and Transport) has introduced emission-free electric buses. We have earlier in this document discussed that Supercapacitors gets charged quickly. Batteries take time to get charged. During braking, back emf is produced by the motors. This back emf as regenerative energy is used to charge the supercapacitors. Supercapacitors as the combined solution with battery increase the life of the battery, reduce the size of the battery. 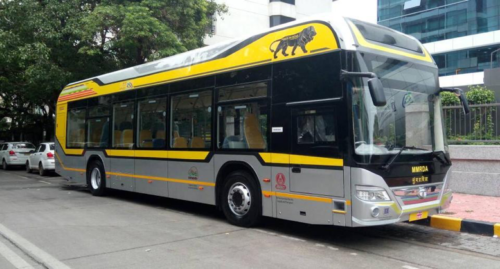 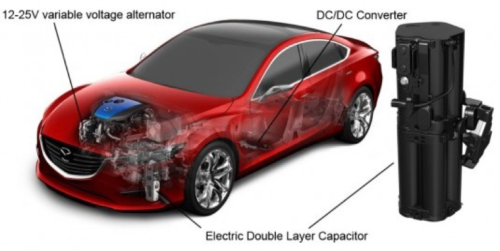