Applications for unmanned aerial vehicles continue to grow by leaps and bounds, especially when they involve difficult tasks or dangerous situations -- B.S. Sastry and B. Ramana

As part of the push to increase uses of civilian drones, nearly 50 companies are developing some 150 different systems, ranging from miniature models to those with wingspans comparable to airliners. Some of the manufacturers are offering do-it-yourself unmanned aerial vehicles (UAVs) like kit planes.

Present applications
Civilian uses ranging from disaster rescue missions, wildlife monitoring and firefighting are some of the many applications. The idea of drones quickly transporting life-saving parcels such as blood samples and medicines even in the areas where roads and infrastructure are poor should be especially attractive to Indian conditions.

Forest surveys conducted by a camera-equipped drone provide researchers with extensive landscape information in the form of 3D interactive maps. Ultimately, such maps will be publicly accessible via open-source computer vision software. For nuclear decommissioning or radio contamination cleanup, UAVs with radiation detection and mapping software are being used.

Flying Elephant UAV
The Flying Elephant will take off from any place carrying up to a ton of cargo, fly silently and deposit the cargo wherever required. It will then independently take-off and fly to the next satisfied unit. The Jumbo UAVs can be used for military and civilian applications. 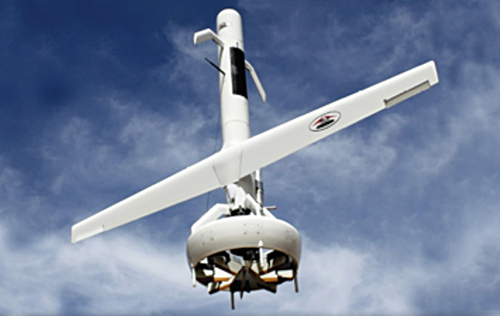 Miniature wireless sensors of the above UAV are under evaluation in the laboratory.

Diesel and petrol engines. Both diesel and petrol engines are available of different cubic centimetres for compact systems. These are equipped with electronic controller, the sensors for the crankshaft position and inlet and cylinder head temperature, an ignition module, injector, fuel pressure accumulator and a fuel pump. Electronic fuel injection system, delivers an optimum fuel mix at all stages of flight, even for miniature aircraft.

Wankel engines. Because of the small size, weight, very low vibration and high power-to-weight ratio, Wankel engines are increasingly being used in UAV aircraft. The engine is approximately one third of the size and weight of a piston engine of equivalent power output, which offers significant advantages for UAV aircraft. Additionally, the engine rotors cannot seize, since rotor casings expand more than the rotors; the engine is not susceptible to shock-cooling during descent of the UAV.

Electric and fuel cells. Solar-electric UAVs hold potential for unlimited flight and many of the small UAVs are equipped with these propulsion systems. Electric UAVs kept aloft indefinitely by laser power beaming technology represent another proposed propulsion solution for endurance.

The electric fuel cell propulsion system for UAV applications has low noise and signature, while taking advantage of hydrogen, a high-energy fuel. Fuel cells create an electrical current when they convert hydrogen and oxygen into water and heat. The fuel cell has about four times the efficiency of a comparable internal combustion engine and the system provides seven times the energy in the equivalent weight of batteries.

Future applications
The UAV market, whether for commercial, industrial or military customers, is growing rapidly and is expected to expand for several years to come. These are examples of the development of matternet where computer-powered drones carry objects much like Internet carries data.

In future, drones will power cell phones and television services. Functioning as pseudo-satellites, UAVs could be deployed to a specific location and ‘stay there for days.’ The benefits of these satellites are they are less expensive and less susceptible to losing power compared to conventional satellites. Hydrogen-fuelled drones that can stay aloft for up to four or more days at a time, are currently being tested as a platform for telecommunications payloads. It is expected that telecom-equipped drones could revolutionise the wireless market.

Control and guidance of UAVs
The control and guidance of these small unmanned aircraft are certainly impressive. Wireless miniature sensors are being used extensively. A variety of electronic subsystems have been specially developed for UAVs such as the radios that communicate video and data signals back to a base camp. 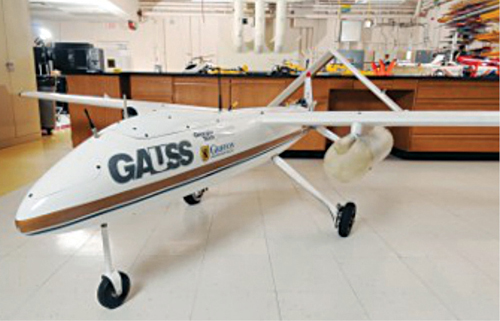 An operator on the ground, with only a laptop computer and tactical radio, could command what was described as a ‘swarm’ of UAVs without using a ground-control station.

Artificial intelligence is advancing to the point where the aircraft are easily capable of taking off, landing and flying themselves. Then they simply have to be instructed as to their mission.

Common-airborne sense and avoid technology is being incorporated into UAVs that are used for intelligence, surveillance and reconnaissance missions.

Conclusion
Taking advantage of improvements in materials, structures, batteries and electric motors, as well as microprocessor advances, many companies are coming up with innovative configurations of UAVs.

The knowledge and skill levels of system integration of multidisciplinary technologies are available indigenously. It is time for the Indian industry to take advantage of these skills.
B.S. Sastry is retired project director LCA, ex-consultant to IT firms for automotive and aerospace division and B. Ramana is an aerospace engineer