Today aerial, land and aquatic forms of robots are used for diverse applications in medical, military, industrial, space, entertainment and domestic market sectors. All these robots might look very different from each other but internally these all follow the same key paradigm that defines a robot—Sense, Think and Act. Robots must be able to sense the world, process the information and perform necessary actions. “The Sense, Think and Act paradigm is followed by robots in any situation, be it cleaning rivers, bomb disposal or flying. The only difference is in the implementation of the paradigm,” says Aakash Sinha, CEO and founder, Omnipresent Robot Technologies Pvt Ltd.

In this article, we highlight some of the recently-launched smartmachines across the world that are implementing the Sense, Think and Act paradigm in different ways to automate tasks, while focusing on the ecosystem for robotics in India. 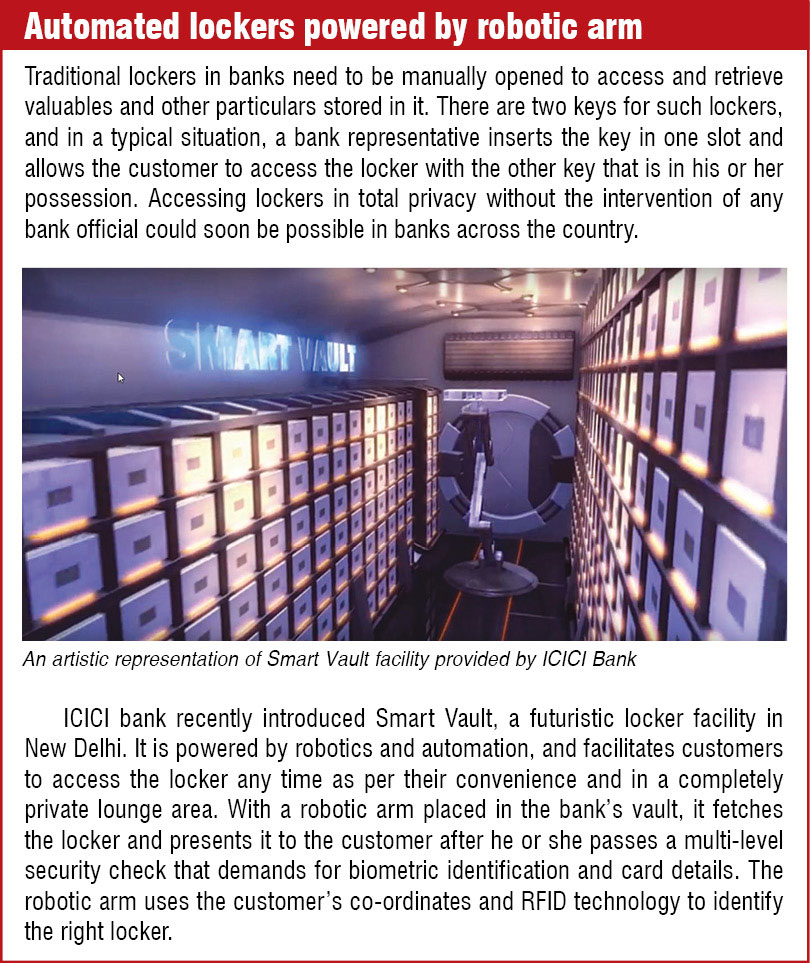 Components on the rise for robotics applications
The sense, think and act tasks performed by a robot need their own set of components. Below are some components that are increasingly being embedded in intelligent machines today.

To sense. A lot of sensors are available off-the-shelf today. For example, SRS series ultrasonic sensors are very popular for building small robots, informs Sinha. Radar and lidar sensors are also widely used for various applications. Sinha adds, “Lidar sensors made by SICK Group or Velodyne are widely used, the latter being expensive but very good for applications like terrain mapping.”

For building basic robots, one can start off with Raspberry Pi 2, Arduino or BeagleBone boards, informs Sinha. He says, “We have used Radxa Rock for some of our designs. It is quite powerful as it comes equipped with a quad-core processor, 2GHz of random access memory (RAM) and NAND flash built into it, and is very good for advanced robots.”

To act. Servomotors are a key element in robotics and the industrial automation space. Motors are made as light in weight as possible but meet the heavyweight expectations from the industry today. There are some very promising introductions in the brushless DC motors segment lately. These motors are very useful for building robots, as these do not wear out easily. Some of the recently-released components are FAULHABER 3274 BP4 series DC servomotors, FAULHABER 2057XXXXBHS series brushless DC servo motors, Nanotec Electronic’s DB80, Maxon Motor’s EC-4pole 30 and Global Electric Motor Solutions’ NEMA hybrid stepper motors, to name a few.

Onboard gyroscopes, accelero-meters, magnetometers, temperature and current sensors are some other components required to monitor the health and location of the robot, informs Sinha. At times, all these components come integrated in a board. “For instance, Pixhawk auto pilot already has inbuilt gyroscope, accelerometer and magnetometer, while the global positioning system (GPS), temperature and current sensors can be additionally incorporated,” says Sinha. “Off-the-shelf components can be bought with a lot of ease today than a few years ago,” he adds.