How Secure is your GSM network?

GSM services offer protection to the users and network operators against undesirable intrusion by third parties. Let’s delve deep into how the security of GSM services is ensured -- Rajiv Kumar Singh 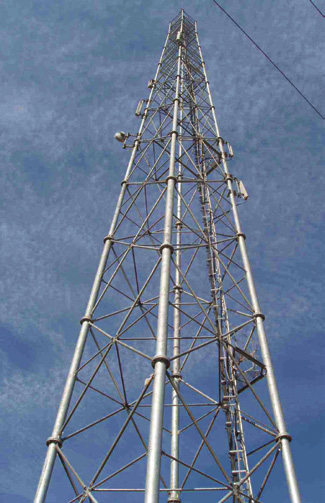 The idea of cell-based mobile radio systems originated at Bell Laboratories, USA, in the early 1970s. However, mobile cellular systems were not introduced for commercial use until the 1980s. During the early 1980s, analogue cellular telephone systems experienced a very rapid growth in Europe, particularly in Scandinavia and the UK, France and Germany. Today, cellular systems are still one of the fastest-growing telecommunication systems.

In 1989, the responsibility for GSM specificaions passed from CEPT to the European Telecommunications Standards Institute. GSM specifications describe the functionality and interface for each component of the system, and provide guidance on the system design. These specifications also standardise the system in order to guarantee proper working between different elements of the GSM system. In 1990, phase-I of GSM specifications were published but the commercial use of GSM did not start until mid-1991.

At present, GSM operates in 900MHz and 1800MHz bands in Europe, and 850MHz and 1900MHz bands in the US. Together with international roaming and support for a variety of services such as mobile telephony, data transfer, fax, short message service and supplementary services, GSM comes close to fulfilling the requirements for a personal communication system—close enough that it is being used as a basis for the next-generation mobile communications technology. GSM modules are modules based on GSM technology.

Mobile station. The MS comprises mobile equipment (ME) and a smart-card called the subscriber identity module (SIM) used by a subscriber to connect to the network. The ME is uniquely identified by International Mobile Equipment Identity (IMEI) number.

Base station sub-system. The BSS consists of one base station controller (BSC) and one or more base transceiver stations (BTS)—a network component along with a transceiver that serves one cell, provides radio access to the mobile stations and manages the radio access aspects of the system.

The BSC is a network component. It performs radio resource management for the cells under its control. It assigns and releases frequencies and timeslots for all the MS in its area. The BSC performs the inter-cell handover for the MS moving between the BTS in its control. It also reallocates frequencies to the BTS in its area to meet locally heavy demands during peak hours or special events. The BSC also controls the power transmitted by the BTS or MS.

Network and switching sub-system. The NSS combines the call routing switches (MSCs and gateway MSC) with database registers required to keep track of the subscribers’ movements and use of the system. The main role of the MSC is to manage the communications between GSM users and other telecommunication network users (Integrated Services Digital Network (ISDN), Public Switched Telephone Network (PSTN), Packet-Switched Public Data Network (PSPDN) and Circuit-Switched Public Data Network (CSPDN) users).

The MSC performs billing on calls for all the subscribers based in its ar-eas. When a subscriber is on roaming elsewhere, it obtains data for the call-billing from the visited MSC. The MSC specificall performs such functions as paging, resource allocation, location registration and encryption.