How To Select The Right Touchscreen Panel

Today there are almost 20 different technologies that revolve around touch panels. And there are millions of end products that use touch panels for navigation. We have come a long way in technology but how do these touch panels actually work? This aspect plays an important role in selection of such touchscreen panels.

This buyer’s guide is intended to provide an overview of the present state of touchscreen panel technology and its selection criteria to allow selection of the most appropriate touch technology for the intended application. 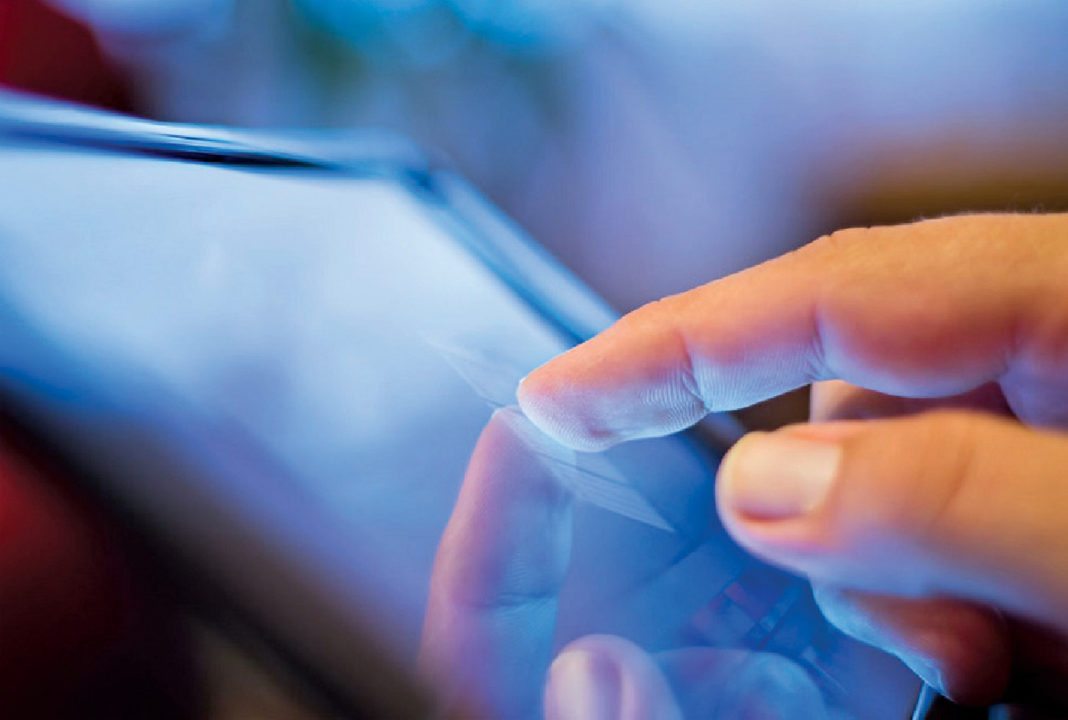 Selecting the right touchscreen is critical to the product’s success

A touchscreen is a human-machine interface. It is activated by the user by touching, with a stylus or single- or multi-finger touch, the selected area on the display that indicates the desired function. The touchscreen or frame contains an independent x-y coordinate system that is calibrated to the display matrix. The touch point is determined by the embedded computer by the x-y coordinates of the touch point. You, as a user, without using a mouse or keyboard, can interact directly with the information displayed on the touchscreen.

Touch input can provide instant audio and/or visual feedback to you to confirm your choice. Touchscreens are common in devices such as smartphones, game consoles, personal computers, touchscreen TVs, iPads and electronic voting machines, among others. These are widely used in applications such as public information kiosks, industrial and process control, military displays and interactive video systems.

Ideally, a touchscreen would have the following characteristics:
• As it is layered on top of the display, it should not degrade the display image.
• Its resolution should be equal to that of the video display.
• Activation is independent of size of stylus, conducting or non-conducting nature of styli and touch of gloved or non-gloved finger.
• It is capable of providing positive, tactile feedback to the operator.
• Architecture should be modular and capable of integration with other input devices and networks.
• Due consideration has been given to the human perspective by considering aspects such as ergonomics, cognitive psychology and human physiology.
• It requires precise selection of targets to avoid accidental selection of adjacent targets.
• It is impervious to adverse environmental conditions of dust, grease, moisture, pressure, vibrations, chemical or oil vapours.

However, none of the touchscreens currently available have all of above-mentioned characteristics. Accordingly, selection of any touchscreen panel technology is a compromise that will depend on the particular application and environment. Nowadays, the touchscreen interface is progressively becoming a standard requirement in today’s electronic products.

The technology within the touch panels

There are a variety of touchscreen technologies with different methods of sensing touch: resistive, capacitive, projected capacitive, scanning infrared (IR) and surface acoustic wave (SAW). Selection of the proper touch technology for a specific application requires evaluation of each type. All touchscreens are composite units comprising a touchscreen overlay and an information-processing controller.

The screen can be activated with virtually anything rigid (finger, stylus, gloved hand, pen, etc), and the touch has tactile feel. The screen is resistant to surface contaminants and liquids (dust, oil, grease, moisture).

Surface-capacitive technology. A surface-capacitive touch panel works by measuring current. Here, a protective cover is placed over the transparent electrode film on top of the glass substrate. Voltage is applied to all corners, and any contact with the surface disrupts the current. Hence, the touch point is determined by the controller. It is mostly used in the gaming industry. Also, light transmission averages at 80 per cent or above.

This technology offers better image clarity, excellent high resistance to scratching of screen and surface contaminants and liquids (dust, oil, grease, water droplets). A capacitive touchscreen can be operated by the touch of human skin or a stylus holding an electrical charge.

The screens are susceptible to EMI/RFI from the display and environment; higher level of interference can demand more performance from the controller in identifying and rejecting noise that mimics touchscreen activation. These are moderately durable and have limited resolution.

It is capable of dealing with two to ten multi-touch points simultaneously depending on the controller being used. Lighting is excellent with a light transmission of 80 per cent or more. But cost is higher as opposed to other technologies. 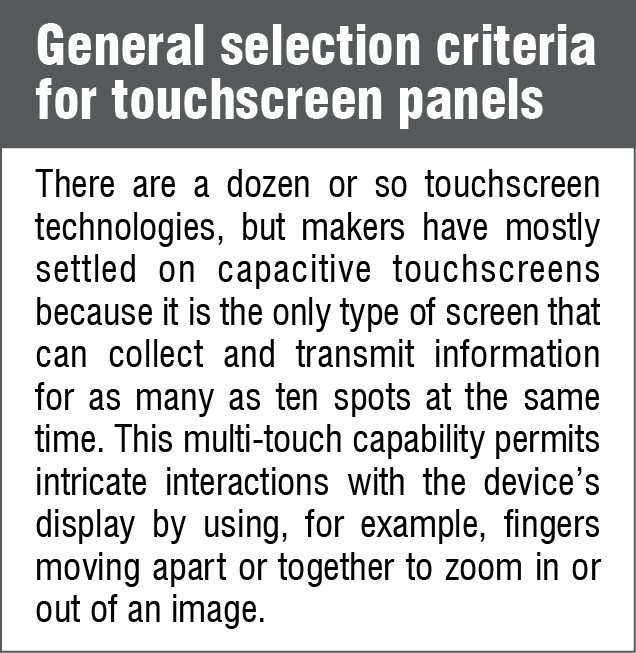 Also, when you are wearing gloves, it is likely that the controller will not be able to register a touch point.