With the new launch, developers can now take advantage of Android 4.1.2 for feature-rich, low-power applications, including wearable gadgets. 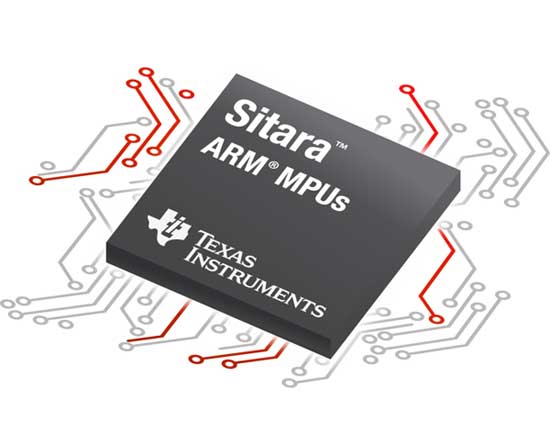 The Sitara ARM Microprocessor family is a processor family developed by Texas Instruments (TI) featuring ARM Cortex-A8 and ARM9 to serve a broad base of applications. Development using Sitara Microprocessors is supported by the open source Beagle community as well as Texas Instruments’ open source development community. The Sitara family is also compatible with peripherals and accelerators to drive down system cost and expand connectivity options.

TI recently announced the availability of a new development kit that brings Android 4.1.2 (“Jelly Bean”) to TI’s Sitara AM335x Cortex-A8 processors. This complete software offering allows innovators to fully evaluate Android 4.1.2 on embedded applications running on TI’s Sitara processors for easier navigation that is up to two times faster than the previous version of Android.

Features
The development kit features an integrated Android open accessory protocol support, which allows for connectivity support to any Android-based accessory with AM335x products along with a haptic feedback, accelerometer and ambient light sensors. The kit has soft navigation keys, which are supported on landscape displays to help customers build products without the hassle of mechanical keys on-board.
It also has multiple USB features including pen drive support to go along with a USB-based camera capture and preview. It utilises Imagination Technologies’ POWERVR SGX OpenGL accelerator drivers and libraries for the 3D graphics functionalities it provides. Lastly, it comes with the application notes, guides and test results to assist developers with their designs.

Best of all, it comes with the Jelly Bean version of Android which allows developers to take a no-hassle approach to developing for the platform.

Applications
In the industrial sector, the boards have wide applications in fields ranging from Human Machine Interface to Programmable Logic Controller among many others. Reference design for point-of-sale and Portable data are another area where they are in use. With respect to consumer electronics, the Sitara processors are used in wireless repeaters and in Network-Attached Storage (NAS).

Pricing and availability
The Android 4.1.2 Development Kit for TI’s Sitara ARM Cortex-A8 processors is available for free download today, with no development or production restrictions. Developers interested in experimenting with the latest Android code for Sitara can also visit the open-source community atarowboat.org. Developers can begin evaluating on a variety of TI platforms including:
. Full-featured AM335x EVM (TMDXEVM3558) for $995.
. AM335x Starter Kit (TMDSSK3358) for $199
. BeagleBone from www.beagleboard.org for $89.
. BeagleBone Cape Plug-in Boards from www.beaglebonecapes.com