A general dislike for the clumsy glasses that 3D viewing requires has led several researchers and companies to investigate various glasses-free 3D technologies. We look at six interesting alternatives in this article. However, despite increasing activity on this front, it looks like the time has not arrived yet for 3D without glasses -- Janani Gopalakrishnan Vikram 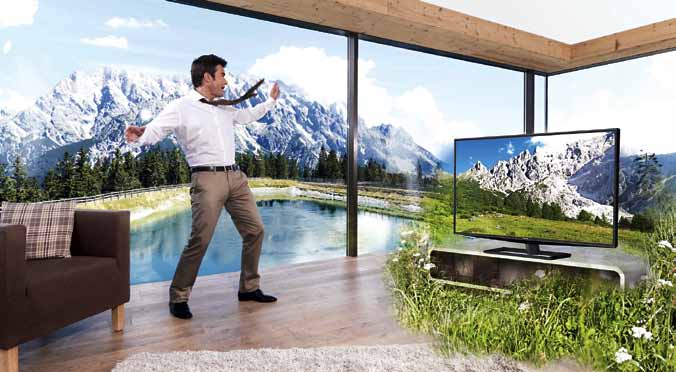 Everybody likes 3D—be it in signage, movies, television or games—but nobody likes those gauche glasses, despite sincere efforts by manufacturers to make them fashionable and creative. Apparently, Look3D, along with Warner Bros and RealD, has designed special, Middle-Earth inspired, collectible glasses with a folding arm frame and hammer-forged steel look for Peter Jackson’s 3D movie The Hobbit. Despite all the excitement and hype around 3D movies like Avatar, many refrain from watching these due to the sheer irritation of wearing 3D glasses.

Understandably, several R&D labs are researching various glasses-free alternatives for 3D viewing. At the Consumer Electronics Show (CES)earlier this year, Toshiba and Nintendo grabbed the viewers’ attention with auto-stereoscopic 3D technologies—making some trend-watchers wonder whether 2012 would be the year of 3D without glasses. Unfortunately, it has not unfurled that way.

Will Greenwald, a consumer electronics trend-watcher, writes in one of his columns: “There hasn’t been much word on the glasses-free 3D HDTVs since CES, and there’s a reason for that: glasses-free 3D isn’t happening any time soon. 3D glasses can offer a solid 3D picture across a wide viewing angle depending on the HDTV and 3D technology used (passive 3D glasses tend to display more crosstalk when watched from the sides). Glass-free 3D requires users to keep their heads in the sweet spot where the two images align to their respective eyes… We might see a lot of promise in what the technology could be given time and resources, but for now it simply is unworkable for most users.”

Toshiba has not spoken about the glasses-free HDTVs since the demo at CES. Nintendo 3DS, despite its merits, has not caught on at any feverish pace. Other companies like Sony claim that they are focusing on glasses-free 3D only in small-screen gadgets like handycams as of now. In fact, many major 3D players in India avoided speaking about glasses-free 3D when approached, saying it is still slotted as future-tech and nowhere near widespread implementation yet.

Nonetheless, the quest for 3D without glasses continues, and one day the researchers will hit the bull’s-eye. If not on the product front, 2012 appears to have been a notable year for glasses-free 3D in terms of R&D. Here we take a quick look at six interesting auto-stereoscopic alternatives that have been announced in the recent past.

1. Nintendo 3DS – Are you game for 3D?
Nintendo 3DS is an auto-stereoscopic 3D version of the popular gaming device that operates without glasses. It employs the parallax barrier technique (refer the box on next page). The handheld gaming device has two screens—one on top and the other on bottom—both containing multiple LCD layers. The bottom screen shows only dark and light bands, while the top screen shows two offset images representing the perspectives of both eyes. The light is blocked from the top screen using the dark bands on the bot-tom screen so that the users see the images for each eye at the right time. 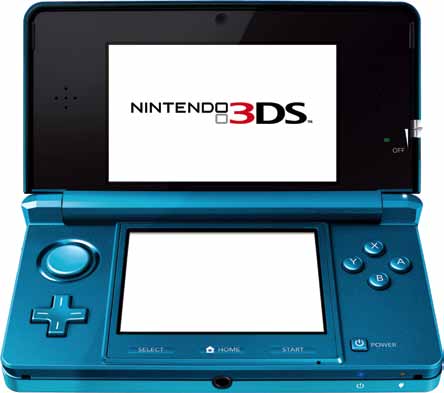 The user can vary the intensity of 3D using a slider, or toggle between 2D and 3D modes as desired. Overall, the 3D performance is decent. However, the 3DS, like most parallax barrier based devices, requires the user to be seated at a sweet spot in front of the screen. Viewing from an angle can be unnerving. Understandably, many gamers have admitted on their blogs and reviews that they prefer to play games with 3D switched off, as sitting stock still while playing games defeats the purpose of it all!

Commonly, 3D products are based on techniques of stereoscopy, inspired by the working of our eye. Our eyes are like two lenses, each capturing the same image from different angles. The brain processes and merges the two images, creating a 3D image for us. Similarly, 3D systems rely on telecasting slightly different images to each eye, and letting the brain combine these into a 3D image. Shutter glasses or polarised glasses may be used to achieve this.

Shutter glasses use lenses which are actually small liquid-crystal display (LCD) screens, and alternately shut off the right and the left eye. The television, in turn, alternately telecasts images meant for the left and right eye (stored in the even and odd fields respectively of its video signal). The brain processes these into a 3D image for the viewer. However, this effectively reduces the television’s refresh time by half, and could cause headache in some viewers. Brands such as Panasonic, LG and NVIDIA use this technology.

Some movie houses like IMAX use polarised glasses. Here, the two lenses of the glass are polarised differently, thereby showing different images to each eye. However, in this case, the movie has to be shot using two cameras, or a single camera with two lenses. Correspondingly, two projectors fitted with polarising filters on their lenses are required to show the movie. When viewed through the polarised glasses, the left eye sees only those images which the left projector is screening, while the viewer’s right eye sees only those images which the right projector is screening. As both the images are taken from different angles, the viewer’s brain combines the two to come up with a single 3D image.