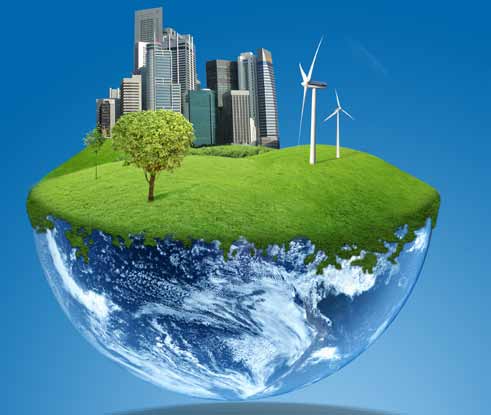 APRIL 2011: George de Mestral, a Swiss electrical engineer, invented the hook-and-loop fastener (now inseparable with the name of Velcro) by keenly observing how the seeds of burdock got stuck to his coat and his dog’s fur every time they brushed against the plant. That was in 1941. This is neither the first nor the only example of nature-inspired technologies, but definitely a notable one. Since time immemorial, scientists have been inspired by nature to mimic and surpass its capabilities. Be it vision, hearing or energy-saving, there are numerous things that natural systems perform best.

Why not observe and learn from the workings of nature, and use that knowledge as the basis for man-made processes and products? This thought has indeed continued to fuel many a wonderful invention, and the trend continues till date.

A look at the current generation brings forth several examples of many advanced and commercially-viable technologies that have been inspired by nature: KPIT Cummins’ patent pending night vision system; Stanford University’s Neurogrid; the path breaking sunscreen and bio-plastic projects taken up by Dr Judith Braganca and her students at BITS Pilani’s Goa campus; AutoFlex MARAG’s special optical thin-film coating; the Ultra cane aid for the visually-impaired; the Libelle High-G flight suit; LogiTek’s Marble trackball; the Bio Avert object avoidance software program; the solar cell technology being developed by Dr Akhlesh Lakhtakia and his international team; the self-healing solar cells designed by researchers at the Massachusetts Institute of Technology (MIT) and Purdue University; and ant- and bee-colony algorithms used in computing and artificial intelligence (AI).

By chance or by design?
We come across a lot of nature-inspired technologies in the news. Neural networks based on the working of the human brain, semiconductor chip fabrication techniques inspired by the designs on butterfly wings, aeroplane designs inspired by the fins of whales and a lot more. Sometimes, these are serendipitous. Being an observant lot, scientists and engineers notice a lot of interesting things around them. Some of these fascinating sights might suddenly strike a loud gong in their heads and lead to a great invention. But, it is not always a stroke of luck!

“Since we are part and parcel of nature, inspiration from nature has been used for ages. There is nothing new there. My own work leading to sculptured thin films, which are nano-engineered meta-materials, was inspired by a specimen of ulexite, a mineral sometimes sold as ‘TV rock’. Bio-inspiration is usually serendipitous. Biomimetics, on the other hand, can be either forced or serendipitous. For instance, the invention of Velcro was serendipitous, but robotic mountain climbers designed to mimic the gait of mountain goats and miniature flyers designed to emulate hummingbirds are examples of deliberately seeking solutions from nature to fulfil specific requirements,” explains Dr Akhlesh Lakhtakia, the Charles G. Binder (Endowed) Professor of Engineering Science and Mechanics, Pennsylvania State University.

Commercial successes
Dr Judith Braganca of BITS cites some examples of nature-inspired technologies that have gone on to become commercially-successful products:
1. AutoFlex MARAG, based on the structural surface features of moth eyes, is an optical thin-film coating that eliminates light reflection and glare. Applications include coatings for PDAs and solar cells. The 20μ optically perfect GRIN lenses found on the exoskeleton of certain brittle sea stars and the glass fibres found on a particular glass sea sponge, are influencing the development of micro-lenses and fibre optics respectively.

2. Ultracane, inspired by the bat’s use of ultrasound, provides a blind person with a more comprehensive coverage of the spatial environment than afforded by the traditional cane.

3. The Libelle High-G flight suit, inspired by the fluid-control mechanics of dragonflies, has extended the ability of pilots to maintain function while experiencing high G forces.

5. BioAvert, an object-avoidance software program, is based on the neural network behaviour of cockroaches.

6. Super Microft, an award winning fabric developed by the Teijin Group of Japan, was developed by mimicking the water-repelling properties of the lotus leaf including the surface micro-texture.

In the latter type of cases, once it is decided that certain natural solutions have to be emulated, researchers follow the usual patterns. They observe the natural solution, consult with colleagues in relevant biological sub disciplines, isolate essential characteristics and mechanisms of the natural solution and then work out emulation strategies, keeping in mind that a natural solution is not necessarily more efficient or economical than an artificial one.