Even though video games could cause addiction, playing certain games can help improve the cognitive function of the brain.

A video game is a kind of electronic game that is played on an electronic device with the help of a user interface like a gamepad or joystick. The game is played with an inbuilt display unit or an external display device like a TV screen or computer monitor. Video games were first created by academic computer scientists during 1950s and were played for research purpose only.

In 1960, professors and students of Massachusetts Institute of Technology, USA, played video games like Tic Tac Toe on such computers as IBM-1560. At that time video games were not familiar to everyone, because personal computers and game consoles were not easily available in the market. But after growth of the electronics industry, gradually video games became very popular all over the world. 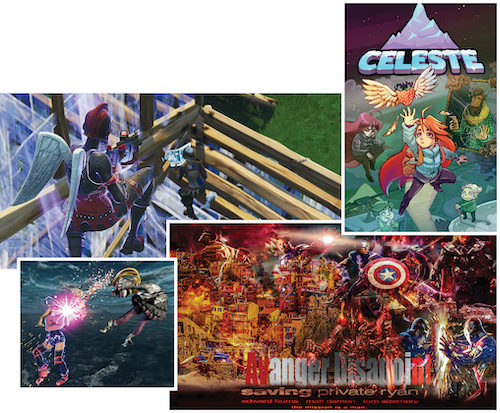 Many such companies as Atari, Nintendo and Sega started selling game consoles in the market during the 1980s. Later, companies like Sony also introduced many gaming consoles like PlayStation and captured the market in late 1990s. After emergence of PC gaming, people started playing video games on their PCs and laptops, either at home or work. Now people like playing video games on their cellphones, too.

Behavioural addiction is a kind of addiction that does not involve use of any drugs. This type of addiction happens because of the rewarding system of our brain. Our brain is functioning because of neurotransmitters like serotonin, GABA and dopamine. Certain activity or behaviour of a person can increase such neurotransmitter levels in the brain and give pleasure. That is why this could vary from person to person, because everybody’s brain chemistry is different. Some people might find video games addictive, while some might find them a waste of time.

Similarly, for any behavioural addiction like video gaming, de-addiction can be done using a substitute game. For example, when a user starts playing a game, he or she may find some difficulty in the beginning, but after winning the first level of the game, dopamine levels increase and he or she may want to play the next level. As the level goes up, difficulty level also goes up. This causes the brain to take stress from the game, and the user wants to play again and again to reach the top level (reward). This process makes anybody (from children to adult) to get addicted to a video game.

Just like a benzodiazepine is used as a substitute for alcohol addiction, a substitute video game can de-addict someone from such addictive games. Such games as PUBG cause addiction because of their addictive algorithm and interface, but if a similar video game is created using reverse engineering and then changing the gaming code in such a way that it will cause less difficulty, and is less awarding, then playing that game will make the person get de-addicted from a similar video game.

Just like most people do not like watching a movie twice, such substitute games would prevent people from playing addictive games again and again. However, to get rid of video game addiction, the best solution is to play them limitedly for a certain period of time. Playing video games with breaks, instead of playing for hours, can also prevent addiction.

Your brain is yours. If you do not use it, you lose it! Many age-related brain disorders, like Alzheimer’s disease, can progress in people who do not like doing brain work and live an easygoing life. One research shows that people who play puzzles and board games frequently are less likely to develop Alzheimer’s disease. So, playing board games and puzzles on your PC or mobile can also help reduce the risk of brain-related disorders like Alzheimer’s.

Moreover, when you play a game like chess on a PC, you are competing with a computer, and a computer is a completely logical machine. The more you play with a computer, the better your brain learns to become logical. However, defeating a computer is not easy and some might find it frustrating, but playing with a computer instead of a human helps a lot in improving thinking abilities, because if the opponent player is a human, then he or she may not have better playing skills than you to compete with.

Apart from Alzheimer’s disease, some video games might also cure mental disorders like ADHD. Games like Project: Evo and Akili have been designed to cure ADHD but are waiting for FDA’s approval.

Virtual reality (VR) is another new technology that allows users to experience video games or any 3D simulator in a 3D environment with the help of VR headsets. In VR gaming, one can feel the presence in the gaming environment and visualise everything around them, virtually. Apart from gaming, VR is also being used for simulation and training purposes.

Besides VR, there is another technology called brain computer interface (BCI), where a headset is used to communicate with the computer from the brain directly, using electrical signals. It can be used as a control device for video games, too.

As technology improves, video games will become increasingly enjoyable and useful in the future. Starting from game consoles to touch phones, video games are enjoyed by people of various age groups, and even though there are some dark sides of video games, playing them appropriately will not cause any problem and we can get the benefit of playing video games happily.

Debojit Acharjee is an IT professional