Innovative digital devices making smart use of personalised data will bring about a revolution in healthcare technology. While there are many difficulties and barriers to their adoption, these excuses can no longer stop us from embracing technologies that could have a positive impact on our lives. 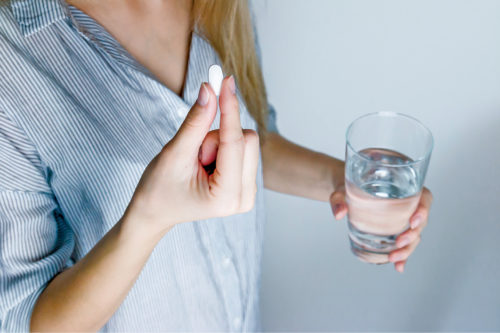 With the ever-growing susceptibility of masses to diseases in this era of modernisation, an affordable and easily-available health infrastructure system is the need of the hour. However, with an almost collapsed state of the government-run healthcare system (long wait times, lack of equipment and doctors) and expensive private hospitals, people are eagerly looking towards electronics-based healthcare solutions.

Electronics is already playing a huge role in different areas, such as communication, entertainment, security, sports and education. It is an exciting time for medical technology, and making smart use of modern digital innovations may bring revolution in the healthcare industry, too. Technological progress in terms of combining information and function from various electronic devices for personal medical treatments, based on individual conditions, presents an enormous opportunity for an improved, accessible and affordable healthcare system.

The concept related to such developments is the emergence of an electronic pill. Human body is a sensitive system, and sometimes doctors are unable to detect a disease in time and it becomes too late to cure it. Use of an electronic pill helps to easily detect diseases, and this can help take prompt action against them.

Although the idea of an electronic pill has been around for long, researchers are now bringing this technology to reality. The challenge has been to construct and deploy a device using advanced but available components and production techniques.

Electronic pill technology makes use of different components/parts such as drug reservoir, delivery pump, electronic microcontroller (MCU), wireless communication and sensors. These elements have to be combined in a way so as to preserve small size, reliable manufacturing and a safety profile fit for medical use. The device containing these parts is built as a small, pill-shaped capsule, which is swallowed and passed through the gastro-intestinal tract.

After many years of research and development, wireless devices enclosed in capsules that can be swallowed are now hitting the market. Use of an electronic pill will free users from invasive methods such as catheters, endoscopic instruments or radioisotopes for collecting information about the digestive tract. Drug delivery using an electronic pill will also be controlled with onboard electronics, enabling precise and adaptable delivery patterns, which are not yet possible by other means.

An electronic pill has multichannel sensors that will prove to be an important tool for healthcare technology towards in-depth and detailed investigation of diseases. In addition, its uses range from drug delivery to reaching specific regions of the human body to target different types of cancer, stimulate damaged tissues, track gastric problems and measure biomarkers.

To carry out these functions, the pill is powered by an edible battery and equipped with appropriate sensors. It is important to assure that the materials used to make an edible battery are not toxic to humans, as this can cause significant complications if it gets into the digestive tract.

An electronic pill contains sensors or tiny cameras that collect information as it travels through the gastrointestinal tract before being excreted from the body a day or two later. The capsule takes measurements of the local pH and temperature inside the body.

This electronic invention transmits information such as acidity, pressure and temperature levels, or images of the esophagus and intestines to the doctor’s computer for analysis. Electronic pills are also being used to measure muscle contraction, ease of passage and other factors of the body to reveal information that was unavailable in the past.

In 1972, Dr John Cooper and Dr Eric Johannessen from Glasgow University (UK) developed the electronic pill. It is a medical monitoring system, measuring parameters like temperature, pH, conductivity and dissolved oxygen. It can also capture images and send it to a system.

An electronic pill has a 16mm diameter, 55mm length and 5gm weight, and can be swallowed. It is covered by a chemically-resistant polyether-terketone (PEEK) coating. As soon as the pill moves through the gastrointestinal track, it starts to detect diseases and abnormalities. The pill can easily reach areas such as small and large intestines, and deliver real-time information to an external system. Data collected is then displayed on a monitor.

A Germany-based company, Medimetrics, involved in developing oral drug delivery, has brought the idea to reality with its IntelliCap version of the electronic pill. Its electronic drug delivery pill presents an entirely new means of intelligent delivery and monitoring.

This development opens the door to a wide range of applications that are in the early stages of exploration. Taking advantage of advanced electronic monitoring and control functions, the future version of this technology is expected to be more customised and aimed at specific disease treatments.

Specifications of the electronic pill

An electronic pill consists of four microelectronic sensors. The first sensor consists of a silicon diode attached to the substrate, fabricated on two silicon chips located at the front end of the capsule. It is used to identify body temperature. Use of a silicon-integrated circuit makes this sensor useful, and it comes at a very low cost.

The second is ion-sensitive field-effect transistor (ISFET), which is used for measuring ion concentration in solutions.

Conductivity is measured by determining the content of water and salt absorption, and the breakdown of organic compounds into charged colloids and bile secretion.

Three-electrode electrochemical cell (TEEC) is the fourth sensor. It is used to calculate the rate of dissolved oxygen, and identify the activity of aerobic bacteria in the small and large intestines.

All these sensors are controlled by an application-specific integrated circuit (ASIC). All other components of the electronic pill, namely, 10-bit analogue-to-digital convertor (ADC), digital-to-analogue convertor (DAC), relaxation oscillator circuit (OSC) and digital signal processing circuit are connected to the ASIC consisting of analogue signal conditioning.

The circuit is powered by two SR48 silver-oxide (Ag2O) batteries having 35 hours working capacity. Supply voltage is about 3.1V with power consumption of 15.5mW. pH and oxygen sensors are enclosed in separate 8nL electrolyte chambers containing a 0.1KOH solution retained in a 0.2 per cent calcium alginate gel. The two sensors are covered by a 12µm thick film made of teflon and nafion, respectively. These are protected by a 15µm thick dialysis membrane of polycarbonate. All data is collected by the ASIC. A radio transmitter transmits data to the base station for the doctor to identify the problem.

An electronic pill can be classified into two types: one including a camera that collects data from disease-infected areas and sends it to the system, and the other containing only sensors to measure pH level, temperature, oxygen level and so on.

Electronic pills in the form of capsules are now also being implanted under the skin. First, the capsule containing designer cells monitors the metabolism and then intervenes to correct problems through the production of proteins and metabolites.

The capsules also contain electronic components that control the designer cells and are connected to the external world. Doctors can use their smartphones to intervene and adjust the functioning of such electronic pills, if necessary.

Electronic pills club diagnostics and treatment together. Treatment can be administered immediately and in the correct individual specific doses, making it possible to stop metabolic diseases in the beginning itself.

This is basically a plastic capsule usually taken with solid food or water. It is meant to be transported through the digestive system in a natural manner. Then, the drug is dispensed to different parts of the body. The size of the device is similar to that of a fat multivitamin, and the drug can carry out specialised actions.

This electronic pill acts as a drug delivery and monitoring device. It is made of a drug reservoir, wireless communication system, electronic controllers, sensors and delivery pump. The device has a minuscule form and, upon ingestion, it travels through the gastrointestinal tract. Use of onboard electronics makes the drug delivery precise and flexible.

There are many advantages of using electronic pills, such as:

Smaller doses of drugs result in fewer complications from the drugs’ movement through the bloodstream. This means that side effects of the drugs are minimised and their therapeutic value maximised. Effect of the drugs is expected to take place quicker, because it delivers the medicine at the specific location of the disease.

An electronic pill is equipped with microprocessors, batteries, antennae and other components that make it possible for medical staff to get real-time alerts about the patient’s reaction to a particular drug. At this moment, if the doctor observes any irregularity, certain commands can be sent to halt the delivery of the drug.

Electronic pills have some significant drawbacks that can limit their widespread applications. Some such limitations are:

Electronic pills at the moment are products of significant investments in research and development. These are not available for commercial consumption in many countries. With advances in research and development in various components involving printing and nanotechnology, it is expected that the cost of production will reduce in the times to come.
Limited applications. Because it is still a relatively new technology, applications are still restricted to certain areas. For example, electronic pills cannot be used to detect radiation abnormalities and carry out radiation treatment. Electronic pills for kids are especially difficult to produce because of the sensitive issues involved with their digestion.

Innovative digital devices making smart use of personalised data will bring about a revolution in healthcare technology. While there are many difficulties and barriers to their adoption, these excuses can no longer stop us from embracing technologies that could have a positive impact on our lives.

At the laboratory level, it has been confirmed that electronic pills that employ a body’s natural electrolytes can be produced, strengthening their biodegradability towards disintegration after the aim has been met.

The invention of the transistor has led to radiometry capsules with simple circuits for the detection of diseases and abnormalities by internal study of the gastrointestinal tract even in restricted areas where use of traditional endoscopy was not permitted. However, these capsules could not be used effectively, as these transmit only from a single channel, have large components, and suffer from poor reliability, low sensitivity and short lifetimes. These were later tested using laboratory-type sensors such as glass pH electrodes, resistance thermometers and so on.

In the next few years, we can expect working prototypes of these ideas available with the use of novel materials for batteries. Currently, lithium is being used, but researchers envisage a switch to sodium. This is to provide humanity with easily-accessible, safe, reliable and cost-effective healthcare.

Can We Create Electronic Plants?