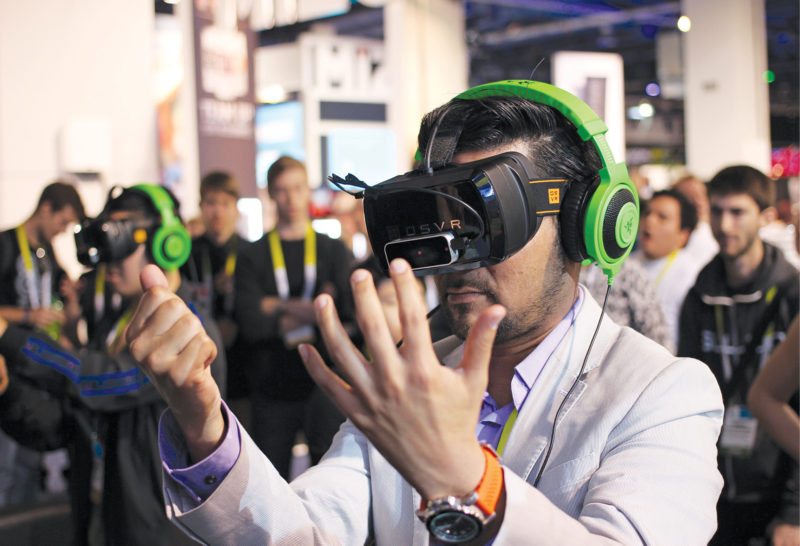 It’s a booming business and the key to the market. Developing customised apps for different industries can be a great business opportunity. In particular, sectors such as healthcare and military can really benefit from VR.

In military, VR and AR can be used to train defence forces. The US-based Imaginate Technologies is already developing AR for the Indian army. Its ShootAR augmented reality simulator for soldier training lets soldiers see and interact in an environment that is an amalgamation of both real and virtual worlds.

For instance, soldiers using ShootAR can see virtual terrorist attacks in 3D against the backgrop of real-world surroundings, thus getting equipped to handle a real battle in a better manner. This sector definitely offers some high-revenue business opportunities to VR players in India as defence forces would be looking at affordable solutions. The cost of developing an AR or VR app starts from a few hundreds of thousands and can run into several million, depending on client requirements.

To reap benefits of VR or AR, enterprises need specialised professionals who know how to use VR intelligently. Thus, they will look to hire either a full-time VR professional or consultants project-wise.

To make money in this business, you need to be extremely well-versed not only in this technology but also other related technologies such as 360 degree and augmented reality. A good knowledge about different industries and the market dynamics is a bonus. This includes VR for marketing as well.

VR app development can fetch you $40-$240 per hour in a country like the US, while in India the rates come down to $5-$70 per hour. The cost of investment runs into a few hundred thousands, depending on whether you develop the app or outsource the job.

Virtual reality is of no use if there are no devices to support this technology. Unfortunately, at the moment, the headsets available are hardly affordable to make VR accessible.

Reports suggest that India has a large smartphone user base of nearly 200 million, which will soon surpass that of the US. Thus, India offers a huge untapped market for quality low-cost VR headsets compatible with low-cost smartphones.

Marketers have been using VR and AR to connect with their audience for quite some time now. However, it is not yet a common practice. Brands have been using this technology, especially in their events, in order to create a larger impact on their customers.

“Virtual and augmented reality are two of the hottest trends in event tech for 2017. In fact, with the launch of more accessible and affordable devices from the likes of Google, Samsung, Sony, Oculus, HTC and Microsoft in recent months, altered realities have become one of the most fast-paced emerging technologies in the industry today,” says Ashish Chaudhary, director, Martech Asia.

He adds that event management companies can use sponsored AR and VR attractions to generate revenue and attention for their events.

“Experiential AR exhibits such as branded ‘magic mirror’ kiosks and Kinect-powered video walls stop people in their tracks, generate co-branded social shares and convert leads, following attendees to home with mobile versions. Organisers can also use 360 pano (VR) technology to deliver interactive and immersive views that attract attendees to a special venue or extend the reach of their events in some amazing ways. AR and VR can also help brands differentiate themselves at exhibitions and conference-style events.”

Thus, the business of using VR for marketing promises some great revenues for startups. The cost of investment in this business is a few hundred thousand rupees only.

The VR and AR market in India is still at a nascent stage as enterprises continue to remain wary of using technology in their business. However, to survive and disrupt the market, adopting innovative technology such as VR and AR is inevitable.