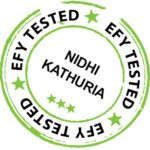 Presented here is a project that turns your Arduino into a remote control. Infrared (IR) remotes have been very prominent since 1980’s. In today’s world almost everything is controlled by a remote. This project allows you to control the master volume of a Windows PC, a television set, set-top box, home theatre system and the like.

RC5 code uses a bi-phase coding, and the carrier frequency is fixed at 36kHz. Transmission of the data begins with two start bits followed by a toggle bit (Fig. 1). Toggle bit changes its value at each new key press. Five address bits represent the address of the device to be controlled. Six command bits contain the information to be transmitted.

NEC code uses bursts at a carrier frequency of 38kHz. It starts transmission using a leader code, a burst with a length of 9ms, followed by a pause of 4.5ms and then the data (Fig. 2). The original purpose of this leader code was to let the internal control loops in the receiver modules to settle.

After transmitting the data, only the leader code and a single bit are transmitted repeatedly for as long as a key is pressed. A special property of this code is a constant word length in combination with pulse distance modulation.

In a special version of NEC code, the pre-burst, including all address and data bits, is repeated in each 108ms time slot for as long as the key is pressed.

The most suitable IR receivers for receiving NEC code are those with AGC4 setting as these have the best noise suppression while still supporting this data format. Some examples are TSOP4438, TSOP58438 and TSOP75438. Receiver modules for different carrier frequencies are given in the Table above.

Working of the project is fairly simple. Arduino Uno decodes the key of the remote and then compares it with predefined variables to figure out which key is pressed. If it finds a match, it sends the signal to the PC, which is interpreted by Remote Volume Control software (designed by author), which further performs the required task. Screenshot of Remote Volume Control software is shown in Fig. 4. The most important step is to configure the desired remote control device with Arduino Uno.

The source codes (IR_Key_Test.ino and IR_Final.ino) are written in Arduino programming language. The software used to program Arduino Uno is Arduino IDE, which can be downloaded free of cost from www.arduino.cc/en/Main/Software

The library used in this project is IRremote library. It allows Arduino Uno to decode IR signals coming from the remote. To install the library, copy IRremote folder and paste it in the following location: