The vision we witness here is similar to the telecommunication revolution where people linked up to the mobile-phone technology and discarded the old immobile telephones. In time this technology is capable of providing a major leap of accomplishment for the Internet connectivity.

Providing the Internet from air or space is of much interest these days. But Astrome is a little different from the other players in this space. Google’s ‘Project Loon’ plans to make the Internet available to remote locations via balloons moving in the jet stream at 18km altitude from ground. Facebook has plans to beam broadband signals from drones and satellites. Another player, SpaceX, plans to build a network of four thousand satellites in LEO by 2030.

There is also OneWeb, backed by Bharti Enterprises in India, who would be placing 648 satellites in LEO by 2018. Viasat is planning to provide the Internet service with up to 1Tbps by launching three GEO satellites (Viasat-3).

“Our approach to the problem is quite different from the other players like OneWeb and ViaSat,” says Dr Prasad Bhat (see Table). What differentiates Astrome from OneWeb and ViaSat is that Astrome operates in the millimetre wave region of the electromagnetic spectrum, which is between 30GHz and 300GHz. Millimetre waves have very narrow transmission beam width and high bandwidth band allocations. This allows it to have significantly higher capacity per satellite.

Astrome wants to involve individuals and organisations to build a strong team and become a collaborative effort. Their talks with ISRO for launching the satellites are already on. By 2018, Astrome, hand in hand with ISRO, plans to take help of experienced satellite design and manufacturing companies to create a satellite assembly line.

Astrome also plans to actively engage with the Internet of Things (IoT) industry, which is expected to significantly influence the technology landscape in the next five years. It intends to provide their IoT devices with location-free, reliable, high-bandwidth Internet from as early as 2019. 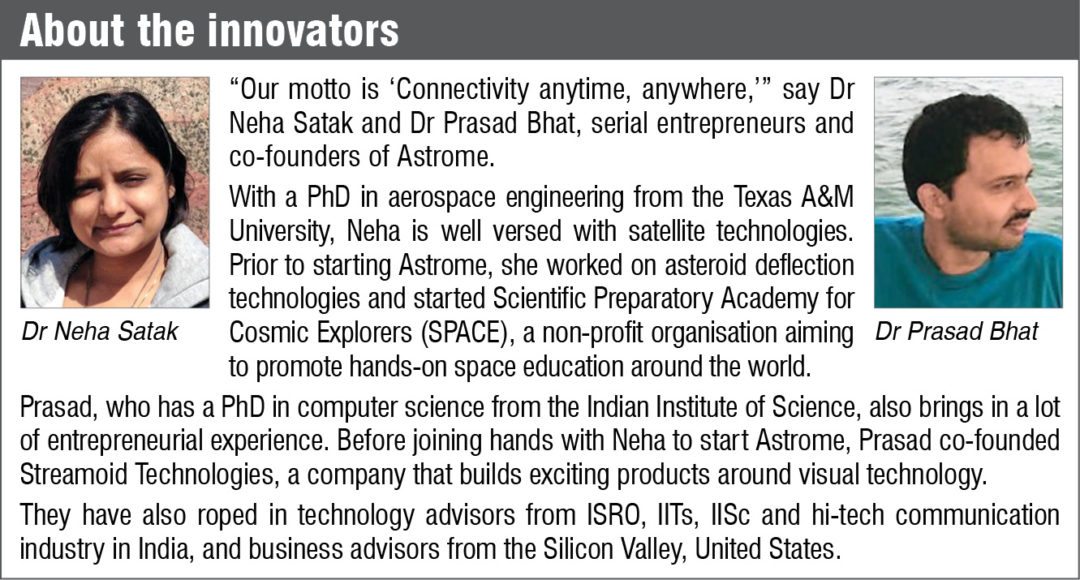 Shanosh Kumar is working as media consultant at EFY

Can We Recycle Electronics Without Smelting?