The Best Wi-Fi Router For Your Office

If you run a small business, it is advisable to hand-pick your own Wi-Fi router. While the router provided by your Internet service provider may be authentic, it might not be the right fit for your business. Routers across the globe have come a long way with significant improvements in speed capabilities, security and signal strength consistency. Router speed, signal strength and bandwidth are the key priorities for home offices. However, small businesses require a few more features as an integral part of the setup. You need to find the best wi-fi router for your needs.

Not familiar with the jargons WPA or AES? Let us explain. Wi-Fi Protected Access (WPA) is a wireless network security protocol. For small offices or home office setups, WPA2 utilising 128-bit Advanced Encryption Standard (AES) with pre-shared key (PSK) encryption compatibility is the most popular as well as preferable algorithm with disabled Wi-Fi Protected Setup (WPS). Bigger businesses go for WPA2-Enterprise, also known as RADIUS security protocol, which provides the best level of security. But the associated cost, infrastructure and maintenance requirements might not make it feasible for a small business arrangement. Other than this, good practices and security measures like active internal firewall and updated firmware can enhance the network safeguard.

Home routers usually come with four 10x100Mbps LAN ports and one WAN port. Small businesses should look for routers with extra ports. Else, they can pick a switch to expand their networks. To expand bandwidth or ensure a working port as a backup for connectivity if the main WAN malfunctions, look for extra WAN ports to connect additional service from your ISP. That way, you can balance the load on the network when your business supports a bigger employee base. 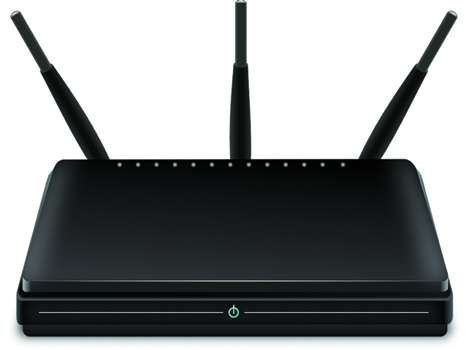 Networks get painfully slow when buffering a video or opening a heavy website. That happens due to cluttering of network channels. Single-band Wi-Fi routers function at a bandwidth frequency of 2.4GHz, which provides a good coverage range; the higher the frequency value, the lower the range. But this specific bandwidth is also tapped in by other gadgets like phones and tablets. Lower channel width is jammed by multiple devices, which causes the 2.4GHz bandwidth to clutter faster. Therefore high-volume data streaming becomes slow for single-band routers.

Dual-band routers can tap into two frequency bandwidths: 2.4GHz and 5GHz. While 5GHz bandwidth provides much smaller coverage area, the wider data channel allows it to transmit much larger volumes of data. Latest dual-band routers divide their data flow—maintaining the lower-volume data through the 2.4GHz frequency, while routing the higher data volume, for example in video stream or gaming, through the 5GHz frequency.

The IEEE Standards Association has introduced Wi-Fi standards for high network throughput. The most efficient standard at the moment is 802.11ac, which supports data throughput (data transmission rate) up to 2Gbps (depending on the number of spatial streams, each of which carries around 433Mbps of data), wireless range up to 61 metres (200 feet), and four wireless channels of 20MHz, 40MHz, 80MHz and 160MHz widths. Additionally, the 802.11ac (also known as 11ac) standard taps into the 5GHz bandwidth, avoiding clustered or jammed network. The cost, however, is also more.

The most popular category till now, keeping in mind the cost, is the 802.11n standard (also denoted as 11n), which can offer data throughput of up to 600Mbps (considering four spatial streams, each supporting 150Mbps). It supports wireless range of up to 122 metres (400 feet) and two channel widths of 20MHz and 40MHz, and functions in the 2.4GHz bandwidth. While 11ac is the recommended Wi-Fi standard, the choice largely depends on your budget.

Routers with a single antenna can transmit data through a single spatial stream—correlating to the 2.4GHz bandwidth. As discussed earlier, in that case, most electronic devices have a chance of interference, causing the network to slow down. 2×2 routers can tap into two spatial streams. In 11n standard routers, both antennae support 2.4GHz bandwidth, attaining a throughput of up to 300Mbps (considering each stream supports 150Mbps data at 2.4GHz). In comparison, in 11ac standard 2×2 routers, one stream taps into the 5GHz bandwidth, while the other works at 2.4GHz, greatly reducing the cluttering and increasing the data transmission rate from 600Mbps up to 1Gbps.