The DDR5 DRAM is optimised for Big Data, AI and ML, and has been predicted to see a steady growth in the global DRAM market in future 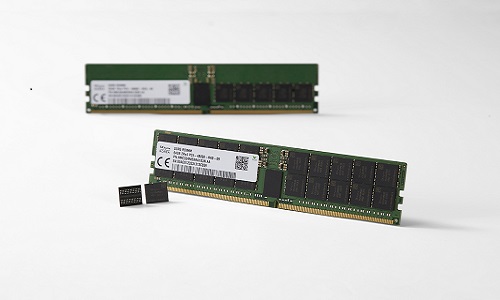 Another notable specification of this DDR5 is Error Correcting Code (ECC) inside the chip that can correct even 1-bit-level errors by itself. With the ECC, the reliability of applications will be increased by 20 times. The DDR5 also could build up to 256 GB capacity applying through-silicon-via (TSV) technology.

Because DDR5 consumes less power and significantly improves reliability, it is expected that these eco-friendly semiconductor memories will reduce both the power consumption and operating costs of data centres.

According to market intelligence provider Omdia, the DDR5 demand will surge in 2021 and will capture 10 per cent of total global DRAM market in 2022, increasing to 43 per cent in 2024.

Since SK Hynix announced developing a 16 GB DDR5 DRAM in 2018, the company has provided its major partners including Intel with sample products and has completed various tests and verification of its functions and compatibility. Synopsys, Renesas, Montage Technology and Rambus have also stated their commitment to the continuing cooperation in creating the DDR5 ecosystem.

This will allow SK Hynix to provide its customers with the products once the DDR5 market becomes active.

In the meantime, SK Hynix has conducted joint-operation of the on-site lab, system-level test and simulation with System-on-Chip (SoC) manufacturers to verify the functions of DDR5. Also, the company validated compatibility of its DDR5 and major components on the DRAM module including register clock driver (RCD), which affects DRAM performance and power management integrated circuit (PMIC).