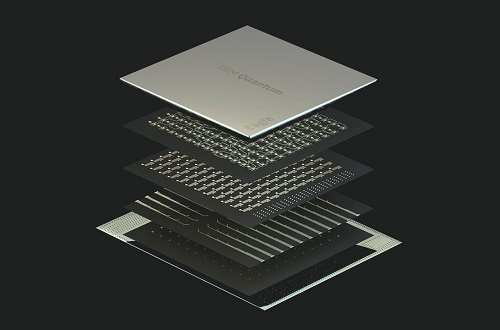 As a successor to IBM’S 65-qubit Hummingbird processor and the 27-qubit Falcon processor, the 127-qubit Eagle processor contains more than 100 operational and connected qubits. This was made possible by IBM researchers by minimising errors in the qubit arrangement design and developing an architecture that reduced the number of necessary components. Control wiring was placed on multiple physical levels within the Eagle processor while keeping the qubits on a single layer, which enabled a significant increase in qubits.

An increased qubit count will benefit users to solve complex problems for optimising machine learning for applications ranging from the energy industry to the drug discovery process. Eagle is the first IBM quantum processor whose large scale power renders simulation for a classical computer to be impossible. The magnitude of this feature can be understood by the fact that the number of classical bits necessary to represent a state on the 127-qubit processor exceeds the total number of atoms present in more than 7.5 billion people.

“The arrival of the ‘Eagle’ processor is a major step towards the day when quantum computers can outperform classical computers for useful applications,” said Dr Darío Gil, Senior Vice President, IBM and Director of Research. “Quantum computing has the power to transform nearly every sector and help us tackle the biggest problems of our time.”

The new Eagle processor is available as a sample on the IBM Cloud to select members of the IBM Quantum Network.

Central to the IBM Quantum System Two is the concept of modularity. As the company progresses its hardware roadmap and builds processors with larger qubit counts, the control hardware must offer the flexibility and resources necessary to scale, which include control electronics for qubit manipulation and cryogenic cooling for maintaining the qubits at a low temperature in order for their quantum properties to manifest. Therefore, IBM Quantum System Two’s design will incorporate a new generation of scalable qubit control electronics together with higher-density cryogenic components and cabling. Furthermore, IBM Quantum System Two will introduce a new cryogenic platform, featuring a novel, innovative structural design to maximise space for the support hardware required by larger processors while ensuring that engineers can easily access and service the hardware. Additionally, the new design will provide a larger shared cryogenic work-space that can ultimately lead to linking of multiple quantum processors.

The prototype IBM Quantum System Two is expected to be up and running in 2023.