Continued from Part 1. Here we talk about Polarisation.

Theoretically speaking, the waves should be accepted by the antenna and we should have an output. However reality is not so simple. The waves are affected by polarisation, resulting in some miscommunication of signal. RF antennas and the EM waves both undergo polarisation. 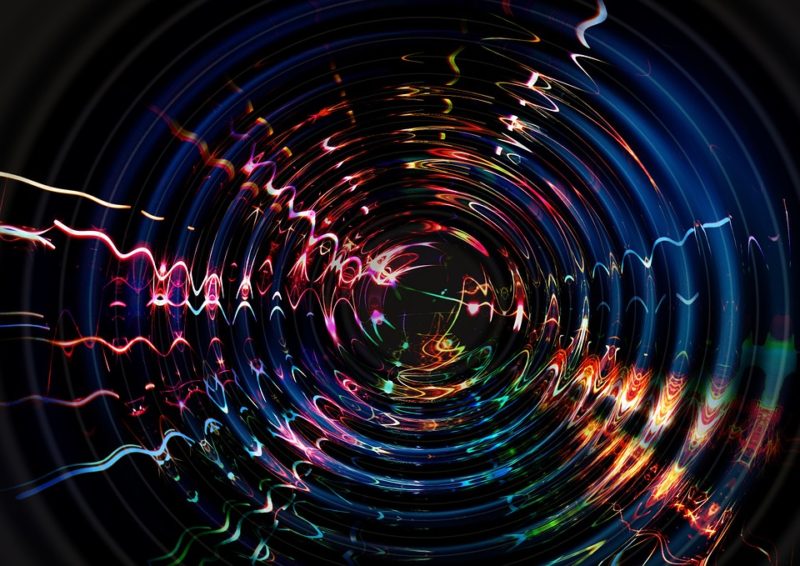 For an electromagnetic wave, polarization is effectively the plane in which the electric wave vibrates. This is important when looking at antennas because they are sensitive to polarisation, and generally only receive or transmit a signal with a particular polarization. In an antenna, polarisation is in the same plane as the elements of the antenna. It is easy to determine since a horizontal antenna receives horizontally polarised signals and similarly for vertical antenna.

However, some others factors have to be taken into consideration, when we look at real time signals. The final received signal is a combination of reflections from multiple surfaces, causing a change in polarization. Hence the final signal becomes a combination of various signals, with variations in parameters. This change is also observed in polarisation of the signal as well.

Since it is making such a big issue with EM waves, let’s look at it in simple terms. In simple terms, the ability of waves to oscillate in more than one direction can be termed as polarisation. In an EM wave, both the electric and magnetic fields oscillate in different directions. Conventionally, the polarisation of light refers to the changes of electric field. Depending on the direction of the oscillations, we have certain categorisations.

To define and understand it properly, we have certain categories that a wave undergoes. A broad classification would be linear and circular. Linear polarisation can be further subdivided into two categories, vertical and horizontal.

These are the simplest forms and are easy to understand. For eg. to generate a horizontal polarised wave, we could have an antenna axis horizontal to the earth. The electric field vector of the EM wave will be parallel to the earth. Similarly for a vector polarised EM wave, we could have an antenna vertical to the ground. The electric field vector is now perpendicular to the ground. 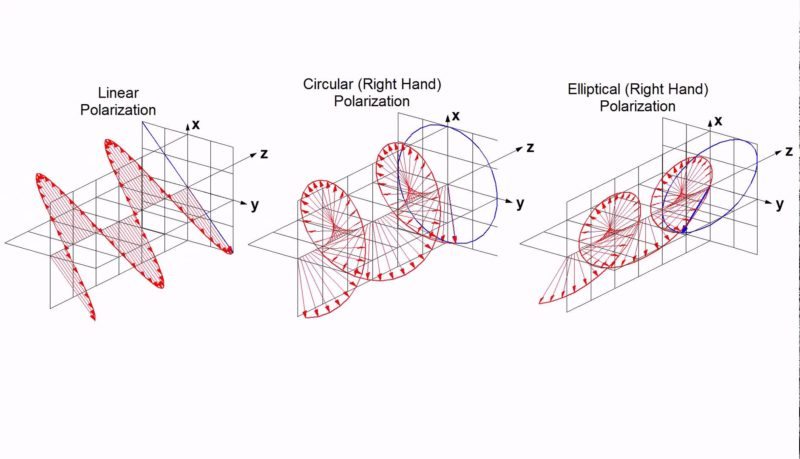 Another form is elliptical polarisation. This would be more close to the real life situations of the signals. It occurs due to a mix of linear and circular polarised waves. A visualisation for the wave would be the tip of the electric field vector tracing an elliptical path in propagation.

Reception at the antenna

The factor to note however here is that, the signals received would be below 3 dB levels. Which would mean the signal would be very weak, and hence would not the best option to go for while designing a system. Similar is true for any signal reception. The signal reception is optimum for polarisation match of wave and antenna.