Selecting a correct controller depends primarily on the specifics of a particular application. In some applications, a simple SPI controller is sufficient, while others require models equipped with USB interface. When building a network comprised of several workstations, using a network switch may noticeably improve the bandwidth. It’s good to know different types of chipsets and their basic parameters to make this selection easier.

Manufacturers of semiconductor systems created a whole range of products that support communication over Ethernet. Apart from the controllers supporting physical layer and data link layer, they often provide libraries and drivers for software implementation of a full stack of communication protocols. This saves you a lot of time when creating your own project. Let’s have a look at various chipsets supporting communication over Ethernet offered by Microchip – one of the leading global manufacturers of such products.

Ethernet controllers are chipsets providing support for the lowest layers of network communication in the ISO model, i.e. physical layer and data link layer (i.a. MAC addresses). Depending on the model, they also feature a different control interface – usually SPI, PCI, or parallel interface (for external SRAM memory). A specific interface type determines the maximum speed of data exchange between a controller and a microprocessor, and consequently the speed of data transfer over the network.

There are numerous options available on the market, from simple models equipped with the SPI interface and supporting communication over Ethernet in the 10Base-T standard (perfect for basic applications), to devices with various additional functionalities e.g. for filtering network traffic, message encryption, or managing power consumption.

The ENC28J60 model is an example of a simple controller. It works perfectly in industrial applications due to its capabilities of operating in temperatures from -40° C to 85°C. On the other hand, the LAN91C111 model is a more advanced chipset that supports communication over Ethernet in the 100Base-TX standard and features a 16/32-bit parallel interface. 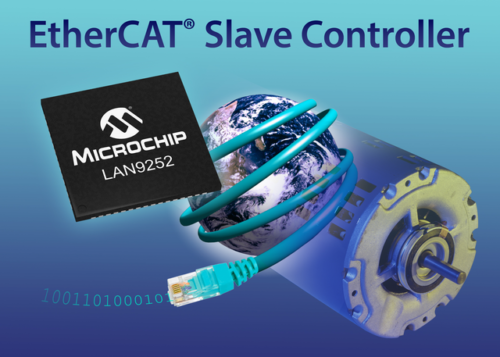 Another commonly used type of chipsets is Ethernet controller equipped with a USB interface. Such solution enables quick data exchange between the controller and the microprocessor, and it can be used as a USB-Ethernet adapter working i.a. as an external network adapter.

An example of such a chip is the LAN7800 model. It supports communication over Ethernet in 10Base-T, 100Base-TX, and 1000Base-T standards, and uses a USB 3.1 Gen 1 interface for exchanging data with the controller with up to 5Gbit/s speed. It comes in a 48-pin 6x6mm QFN package. LAN7800 can work in an industrial range of temperatures from -40°C to 85°C. The manufacturer provides drivers allowing the use of this chip in the most common operating systems: Linux, Windows, and macOS. 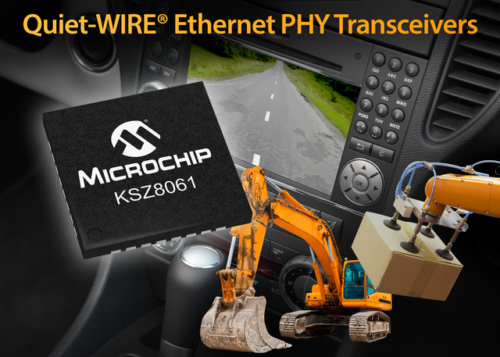 Switches are used when there’s a need to connect several network segments or workstations together. Unlike hubs, switches do not transmit electrical signal from a single port to all the remaining ports. Instead, they only transmit it to the target network segment where the addressee is located. This reduces the amount of possible collisions while ensuring higher real data transfer speed. At the same time, it minimises unwanted in industrial applications Ethernet nondeterministicity along with the disturbances of real-time communication.

Switches operate at the data link layer – they analyse MAC addresses of the sender and the addressee. Transfer Multisort Elektronik’s offer includes Microchip switches that support from three up to nine Ethernet ports. A typical example is the LAN9303 model with three Ethernet ports, supporting the MII (Media Independent Interface), RMII (Reduced MII), and Turbo MII interfaces. This model has an internal 32KB RAM memory buffer and a MAC address table with up to 512 entries. Its internal registers can be accessed via the I2C or SMI interfaces (in the Ethernet channel). It can work in an industrial range of temperatures from -40°C to 85°C, and comes in a 56-pin 8x8mm QFN package.

Ethernet transceivers are transmission and reception devices operating at the lowest physical layer of network communication. They use the MII interface (or its newer versions – RMII or Turbo MII) to communicate with devices at higher network layers.

One of such models is the LAN8710A, with very low power consumption. It supports the IEEE 802.3az standard (also known as Green Ethernet or Energy Efficient Ethernet) and the Wake-On-LAN functionality. It enables communication in the 10Base-T and 100Base-TX standards. It comes in a 32-pin QFN package. It can work in an industrial range of temperatures from -40°C to 85°C.

In many microprocessor systems, not only those from the IoT category, support for communication over Ethernet has become a standard. It’s a requirement when designing both industrial sets, as well as home infotainment systems. Various types of chips supporting communication over Ethernet are available on the offer of Transfer Multisort Elektronik – an official distributor for Microchip. More information can be found at www.tme.eu. 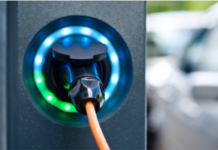 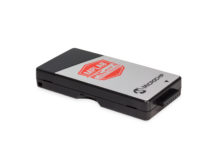 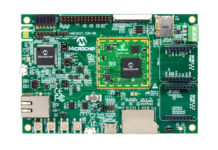