An antenna is an electrical device which converts electric power into radio waves, and vice versa.

Antennas are essential components of all equipment that uses radio. They are used in systems such as radio broadcasting, broadcast television, two-way radio, communications receivers, radar, cell phones, and satellite communications. Antennas can be classified in various ways. 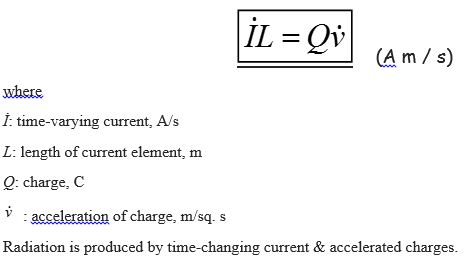 The radiation characteristics of the antenna can be varied by controlling the size of its geometrical properties compared to the wavelength.

Used in space telemetry application at the ground end of the telemetry link for satellite and space probes at HF and VHF.Low Frequency, Medium Frequency and High Frequency Antennas:

The choice of an antenna for a particular frequency depends on following factors.

The basic element used in a Yagi Antennas is λ/2 dipole placed horizontally known as driven element or active element.  In order to convert bidirectional dipole into unidirectional system, the passive elements are used which include reflector and director.  The passive or parasitic elements are placed parallel to driven element, collinearly placed close together as shown in figure.

A Yagi system has the following characteristics:

Assuming perfectly conducting reflecting sheets infinite extent, the method of images can be applied to analyze the corner reflector antenna for angle α = 180°/n, where n is any positive integer. In the analysis of the 90° corner reflector there are 3 image elements, 2, 3 and 4, located shown in Fig. The driven antenna 1the 3 images have currents of equal magnitude. The phase of the currents in I and 4 is same. The phase of the currents in 2 and 3 is the same but 180° out of phase with respect the currents in 1and 4. All elements are assumed to be λ/2 long.

Lens is used to convert circular or spherical wave fronts into planar wave fronts, as a transmitter and vice-versa as a receiver.   Lens is a medium through which the waves are transmitted or received.  Lenses are of two types like decelerating medium and accelerating medium. In decelerating system, the velocity with in the medium is less than that of free space velocity. 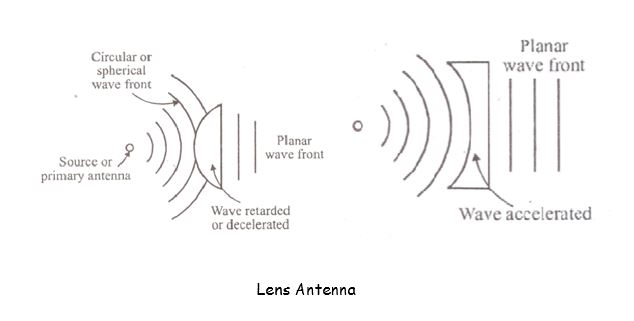 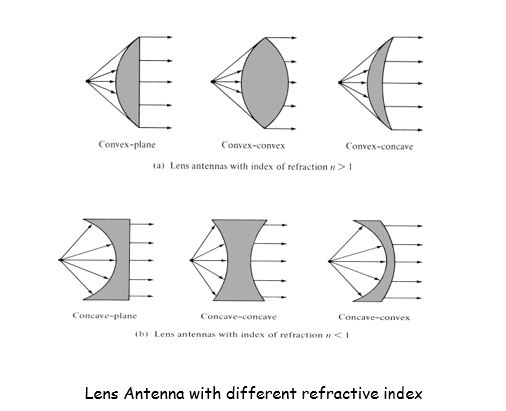 Flared  waveguides that produce a nearly uniform phase front larger than the waveguide itself. Constructed  in a variety of shapes such as sectoral E-plane, sectoral H-plane, pyramidal, conical, etc. as shown  in figure. 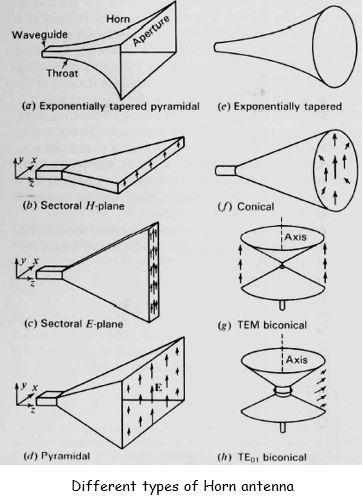 A balanced-sleeve dipole antenna corresponding to the sleeve stub is shown in figure. This is fed with a coaxial cable and balance to unbalance transformer or balun. For L ranging between λ/2 to λ, the operating frequency ranges through 2 to 1.  Sleeve antenna above ground plane is as shown in figure 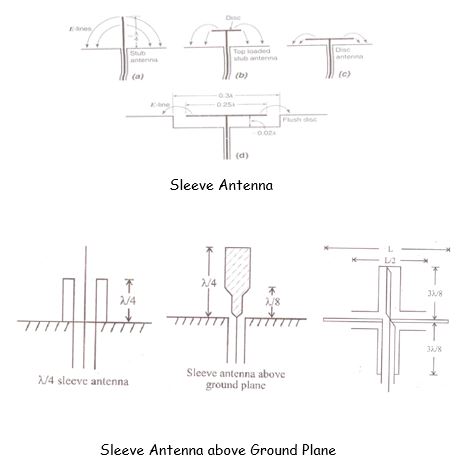 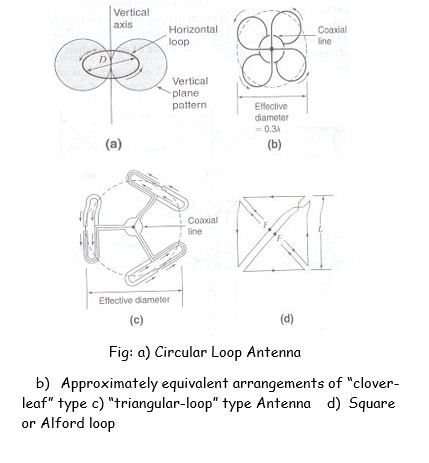 Adaptive array is the most comprehensive and complex configuration.  The system consists of several antennas where each antenna is connected to separate trans-receiver and Digital Signal Processor as shown in figure.

DSP controls the signal level to each element depending upon the requirements. Butler matrix can be adapted for the improvement of SNR during reception. Direction of arrival finding and optimization algorithms are used to select the complex weights for each mobile users.  For frequency domain duplexing the transmission weights are estimated based on Direction of arrival information. 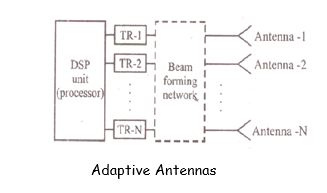 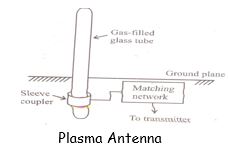