Open source media players are a blessing for users looking for smooth entertainment solutions. Kodi is a comprehensive open source media playback software that can run on a plethora of platforms including Windows, iOS, Linux, Raspberry Pi and Android. It is commonly used to stream and play media files online or locally on computers or handsets. Here we explore more about Kodi.

Multiplatform home theatre application is widely adopted due to its high customisability. The Kodi media centre is a fun tool to browse through audios and videos available in the system. Additionally, third-party application plug-ins can expand the usability of Kodi up to the Internet. For example, applications like Netflix and Pandora enable users to access streaming media online. Kodi runs in a full-size user interface (UI) by default. The home screen and UI might appear slightly crowded due to the huge range of options available in the software.

Add-on options make Kodi highly scalable. The mega list of add-on browsers suggested by default is filled with variety. For instance, Kodi gives users the option to add media channels as diverse as 9GAG.TV, ABC Family, Apple iTunes Podcasts, Comic Vine, CNET Podcast, ESPN, IGN.com, Netflix and MTV, and access them from a single platform. Users can configure the plugins with their preferable settings during playback.

The add-ons do not end at audio and video media-you can sync applications as well. For instance, if you are running Kodi on an Android platform, you can find all the applications installed on your system available and accessible from Kodi. You can download more applications as well. Under the ‘Add-ons’ tab, Kodi has a separate option called ‘Download.’ It has all the plugin options you can avail, categorised according to the application. You can even find game controller add-ons, subtitle add-ons and program add-ons in addition to the other categories.

Enabling Kodi’s AirPlay feature allows users to access iOS devices and stream media directly-basically, it allows users to mirror an iOS device. With UPnP and Digital Living Network Alliance (DLNA) support, Kodi can send and receive files from other UPnP connected devices. To access this feature, you should enable the UPnP support on Kodi. Both AirPlay and UpnP/DLNA can be found in ‘Services’ option under ‘Settings’ tab.

The ongoing v17 series of Kodi is called Krypton. Team Kodi has declared that v17.6 will be the last update of Krypton series, which will soon be followed by version 18 series, called ‘Leia.’ While the software community awaits the arrival of Kodi Leia, below are the Kodi Krypton upgrades:

Live TV and personal video recorder (PVR) features allow users to live-stream videos over video channels and audios over the radio. Latest improvements include options of sorting and viewing the latest recordings and the last played channel. Users can schedule a recording time or do an instant recording using Kodi. The PVR has over 15 add-ons.

Whether you download Kodi on your computer, use it from your smartphone or even install it in your Amazon Firestick, this open source media player is a fun tool to get all the local and online media in one place. So enjoy Kodi Krypton, while we wait to see what Leia has to offer! 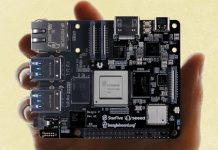