Inventions That Are Redefining The Future

A team of scientists from Massachusetts Institute of Technology’s (MIT’s) Computer Science and Artificial Intelligence Laboratory (CSAIL) has created a system aimed at designing reproductions of world-famous paintings.

The new system—called RePaint—uses a combination of 3D printing and deep learning to authentically recreate historical paintings, regardless of different lighting conditions or placement. RePaint can be used to remake artwork for a home, protect originals from wear and tear in museums, or even help companies create prints and postcards of such masterpieces.

To test RePaint, the team reproduced a number of oil paintings created by an artist collaborator. It found that the system was more than four times more accurate than state-of-the-art physical models at creating exact colour shades for different artworks. 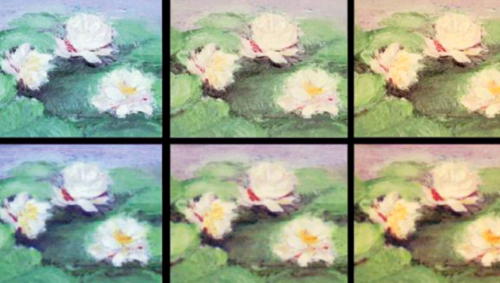 As of now, reproductions are only about the size of a business card, due to the timeintensive nature of printing. In the future, the team expects that more advanced, commercial 3D printers could help with making larger paintings more efficiently.

System that provides solar- or wind-generated power on demand

Engineers from MIT have come up with a conceptual design for a system to store renewable energy, such as solar and wind power, and deliver that energy back into an electric grid on demand. The system may be designed to power a small city not just when the sun is up or the wind is high but around the clock.

The new design stores heat generated by excess electricity from solar or wind power in large tanks of white-hot molten silicon, and then converts the light from the glowing metal back into electricity when needed.

Researchers estimate that such a system would be vastly more affordable than lithium-ion batteries, which have been proposed as a viable, though expensive, method to store renewable energy.

They also estimate that the system would cost about half as much as pumped hydroelectric storage, which is the cheapest form of grid-scale energy storage till date.

Asegun Henry, the Robert N. Noyce Career Development associate professor in department of mechanical engineering, says, “The reason that this technology is interesting is, once you do this process of focussing light to get heat, you can store heat much more cheaply than you can store electricity.”

According to new research from University of Illinois at Chicago, supermaterial graphene could one day be used to test for amyotrophic lateral sclerosis (ALS)—a progressive, neurodegenerative disease that is diagnosed mostly by ruling out other disorders.

When cerebrospinal fluid from patients with ALS was added to graphene, it produced a distinct and different change in the vibrational characteristics of the graphene compared to when fluid from a patient with multiple sclerosis (MS) was added, or when fluid from a patient without any neurodegenerative disease was added to graphene. These distinct changes accurately predicted what kind of patient the fluid came from—one with ALS, MS or no neurodegenerative disease. 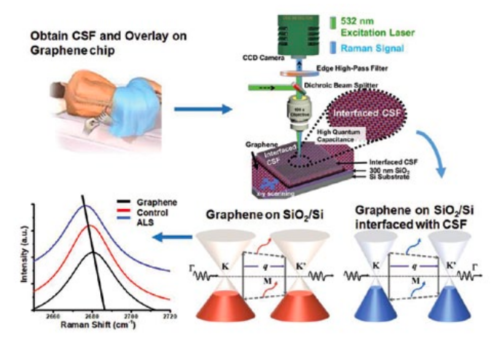 Graphene is a single-atom-thick material made up of carbon. Each carbon atom is bound to its neighbouring carbon atoms by chemical bonds. Elasticity of these bonds produces resonant vibrations—also known as phonons—which can be very accurately measured. When a molecule interacts with graphene, it changes these resonant vibrations in a very specific and quantifiable way.

Researchers at National Institute of Standards and Technology (NIST), USA, have developed a method for evaluating and selecting optimal antenna designs for future 5G cellphones, other wireless devices and base stations. The new NIST method could boost 5G wireless network capacity and reduce costs. 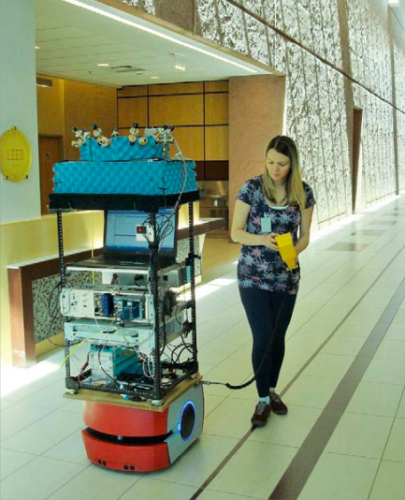 NIST engineer Kate Remley says, “Our new method could reduce costs by enabling greater success with initial network design, eliminating much of the trial and error that is now required. It would also foster the use of new base stations that transmit to several users either simultaneously or in rapid succession without one antenna beam interfering with another. This, in turn, would increase network capacity and reduce costs with higher reliability.”

This is the first detailed measurement-based study of how antenna beam width and orientation interact with the environment to affect millimetre-wave signal transmission.

In the technique, NIST measurements covering a broad range of antenna beam angles are converted into an omnidirectional antenna pattern covering all angles equally. The omnidirectional pattern can then be segmented into even narrower beam widths. Users can evaluate and model how antenna beam characteristics are expected to perform in specific types of wireless channels.

To develop the method, the team collected experimental data in a hallway and lobby of a NIST research building, using a special robot loaded with a customised channel sounder and other equipment.

Researchers at Georgia Institute of Technology, USA, have devised a method for using an origami-based structure to create radio frequency (RF) filters that have adjustable dimensions, enabling devices to change signals these devices block throughout a large range of frequencies.

The new approach for creating these tunable filters could have a variety of uses, from antenna systems capable of adapting in real time to ambient conditions, to next-generation electromagnetic cloaking systems that could be reconfigured on-the-fly to reflect or absorb different frequencies.

The team focussed on a particular pattern of origami, called Miura-Ori, which has the ability to expand and contract like an accordion. Glaucio Paulino, the Raymond Allen Jones Chair of Engineering and professor in Georgia Tech School of Civil and Environmental Engineering, says, “Miura-Ori pattern has an infinite number of possible positions along its range of extension from fully compressed to fully expanded. A spatial filter made in this fashion can achieve similar versatility, changing which frequency it blocks as the filter is compressed or expanded.”

The team used a special printer that scored paper to allow a sheet to be folded in the origami pattern. An inkjet-type printer was then used to apply lines of silver ink across those perforations, forming dipole elements that gave the object its RF filtering ability.

Brazil’s Hoobox Robotics has partnered with Intel on a prototype kit that exploits artificial intelligence (AI) to enable a disabled person to drive a motorised wheelchair using a collection of 10 facial expressions. Wheelie 7 learns these gestures automatically, and a caregiver can use an app to assign specific facial expressions to wheelchair movement or stopping commands. 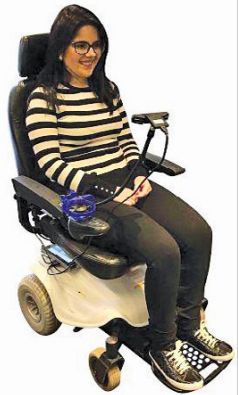 Wheelie 7 employs facial-recognition software, sensors, robotics and Intel’s 3D RealSense depth camera mounted on the wheelchair. The system captures a 3D map of the user’s face, and employs AI algorithms to process data in real time to control the wheelchair.

Hoobox’s Paulo Pinheiro says that Wheelie 7 can operate in sunlight and dim-lighting conditions. It is compatible with 95 per cent of the commercially-available motorised wheelchairs. 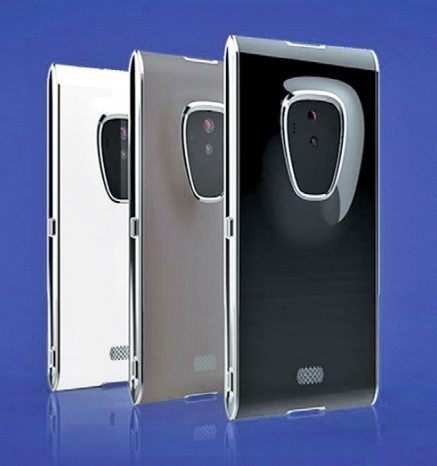 The smartphone is based on Sirin operating system (OS), which is the only OS secure enough for storing and using cryptocurrency in a mobile environment. It provides users with the proprietary token conversion service, which enables seamless and automatic exchange between supported tokens and coins, eliminating the need to visit external exchanges.