According to a press release by Telecom Regulatory Authority of India (TRAI), the number of mobile phone subscribers in the country has crossed 952.34 million, as of January 2015, and is continuously growing. The Ericsson mobility report from November 2014 also predicts that 45 per cent of Indian telecom subscribers will be covered by fourth-generation (4G) long term evolution (LTE) by the year 2020. 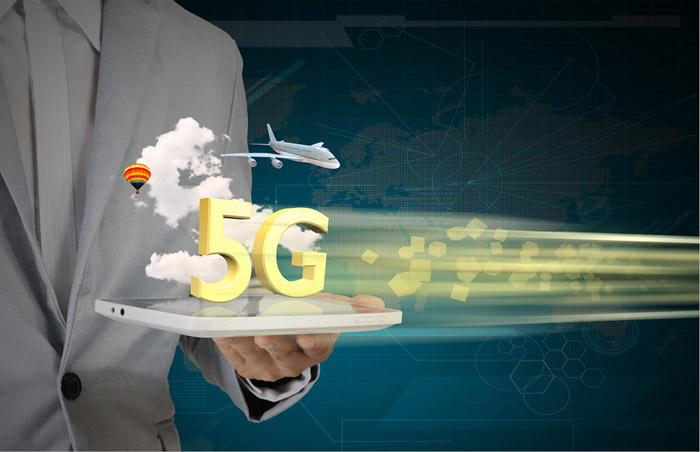 With the introduction of affordable and 4G-supported devices like Xiaomi Redme Note, Elephone P3000, Lenovo A6000 and Gionee P6, 4G technology has already become accessible to the common man. Where will 4G go next, and what exactly is 5G?

Advances in voice over LTE
Modern-day phones perform a lot more than the traditional function of voice communication. These features were enabled in 2G and 3G networks through voice over Internet protocol (VoIP). Though it has a wide user base and is utilised by popular apps like WhatsApp, Skype and Google Hangouts, the quality of service components is not the best. Packets of data are sent over the Internet and a portion of these packets is often dropped under stress. This is where voice over LTE (VoLTE) comes into play.

Small cells deployment
Vodafone and advertising firm JCDecaux signed an agreement for a global small cell rollout a few months back. You may ask, what does an advertising firm have to do with mobile network technology? Under the deal, small cells will be placed in street furniture and billboards to improve network performance in congested urban areas. Talk about creative solutions!

Small cells basically take mobile signals transmitted by macrocells and direct these to mobile transceiver units within a range of 10 to several hundred metres, and vice versa. These have gained much importance in LTE era and are usually deployed both outdoors and indoors, where signals are weak or networks are overloaded. These areas include rural regions, basements and parking areas of buildings, home and office spaces.

Unlike a macrocell, a small cell occupies only a small space, emits clean and environment-friendly signals, does not require mobile tower leasing cost and significantly expands the network coverage at any place.

Since these are installed at lower heights, the distance between user terminals and the access node reduces. This accounts for better transmission quality and performance, reduced delay and better coverage especially at cell edge. It also provides a great business solution as the user gets flexible and quality services at a reduced cost.

In late 2014, the second edition of the annual Small Cells India 2014 event took place in Mumbai, where players like Huawei, Aricent, iBwave and members of Cellular Operators Association of India (COAI) came together to understand how to cost-effectively optimise small cell networks in India.

How is 5G shaping up
The fifth generation of mobile communication is already in its development phase around the world. Any new telecommunication technology including 5G (excluding standalones like Bluetooth, Zigbee or Wi-Fi) will be very similar to LTE, foresees Nagaraja Upadhya, vice president of network product line, Huawei Technologies Co. Ltd. Although the industry’s estimated year of commercial introduction of 5G is 2020, Huawei has already collaborated with MegaFon, and is targeting demonstration of this technology during FIFA World Cup 2018. 5G would be expensive and more beneficial for the business sector, rather than the end consumer, predicts Moorthy.