Accelerometers and Gyroscopes: The Stars Amongst the Sensors

Have you ever wondered how a smartphone quickly senses its location, adjusts screen orientation and creates beautiful parallax effects with the background of floating icons? Let us find out how this happens and what are the choices available to the designers -- Sneha A. and Dilin Anand 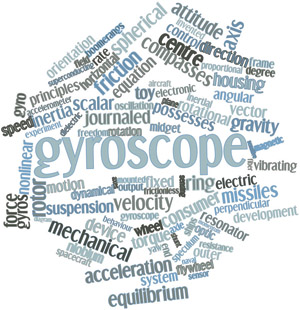 Check out some of the recent mobile devices, like last year’s iPhone 5S or Galaxy S4, and you will see several new features in them. Any person who has not kept up with technology over the past decade will find these to be magical, and with good reason. Almost all modern ‘smart’ electronic devices around us have accelerometers or gyroscopes, or even both together. Together these enable functionality in devices that make them seem magical to a lay user.

If you are a regular reader of this section, you should be now somewhat familiar with sensors and their functions. However, just to provide a small insight, a sensor is a component or a device that either detects or measures any physical property and indicates, records or responds to it. There are a number of sensors in the market today; however, motion sensors are the ones that are most widely used in applications for their better performance. they detect and measure different types of motions of a device that may further be used as an input to the control system for that particular device. We all are aware of the different types of motions like vibration, rotation, acceleration, etc. All these motion types have a special type of sensor for their detection, like accelerometers are used for the detection of acceleration with a free-fall reference, and gyroscopes are used to detect the orientation of the device directly.

Together, an accelerometer and a gyroscope can provide enough data to detect motion on six axes—up and down, left and right, forward and backward, and roll, pitch and yaw rotations.

What are they?
An accelerometer is a type of sensor that senses the velocity and the motion of a reference mass to track its orientation and movement. It is an electromechanical device that can help a gadget understand its surroundings in a better way.

Says T. Anand, promoter and managing director of Knewron, “There are a couple of applications where we have deployed accelerometers. One such application is a security device that is mounted and should remain stationary under normal conditions. However, in case someone tries to tamper with it, even slightest movement or vibration would be sensed and the device would come into action. Another application is for special-purpose objects that would be deployed in events, and these objects would sense movement or activity done by the user. Depending upon the activity, user updates would be registered on his social profiles.”

2. Dynamic range. It is the maximum amplitude measured by an accelerometer before it distorts or clips the output signal. It is specified in g’s.