Accelerometers and Gyroscopes: The Stars Amongst the Sensors

Have you ever wondered how a smartphone quickly senses its location, adjusts screen orientation and creates beautiful parallax effects with the background of floating icons? Let us find out how this happens and what are the choices available to the designers -- Sneha A. and Dilin Anand

What is new in this segment?
Sony Ericsson’s shake control and Samsung’s motion play are examples of new technologies that make good use of an accelerometer. Microsoft uses accelerometer-based features in its Windows Embedded Compact for different touch-screen applications on Windows 8. Manufacturers also use them in devices to protect their hard drives from getting damaged in case of a free-fall. 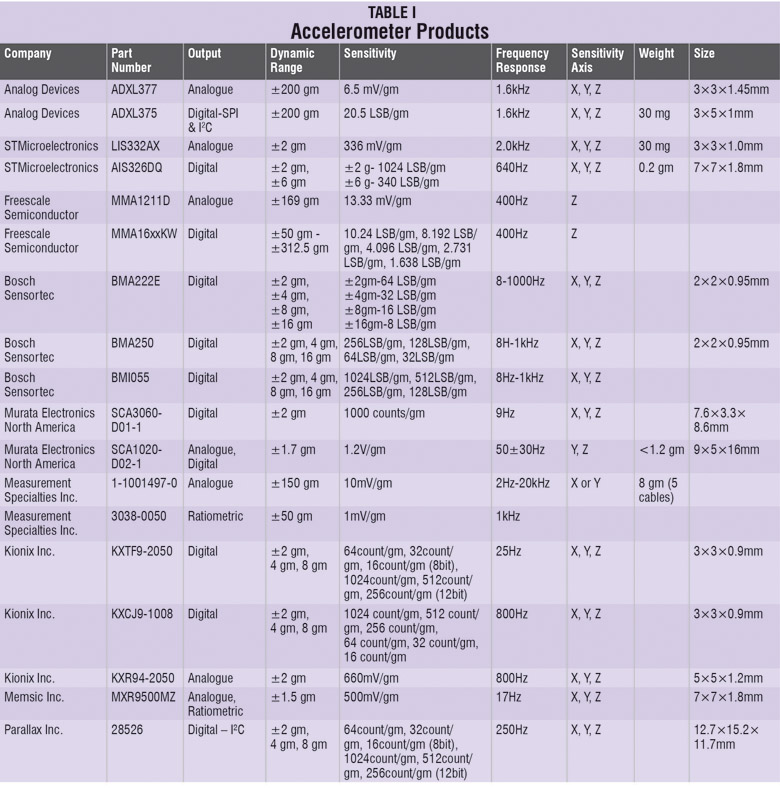 Industries currently use MEMS-based accelerometers. They work on the principle of displacement of a small proof mass that is etched into the silicon surface of the IC and is suspended by small beams. As soon as the acceleration is applied to the device, a force is developed that displaces the mass. The support beams that act as a spring, and the fluid trapped in the IC that acts as a damper, result in the second-order lumped physical system which acts as the source of non-uniform frequency response and limited operation bandwidth of the accelerometer.

On the other hand, new gyroscopes have been launched by companies like Epson for car navigation applications. KMX61G is the world’s first micro-smp magnetic gyro launched in 2013 by Kionix, with an integrated sensor fusion technology. This reduces the current drawn by up to 90 per cent as compared to the other traditional gyros. New components like these would allow product designers to incorporate the gyro functionality in products that were restricted in the past from the inclusion of gyro due to their high-power consumption.

Enhancing flexibility
When swapping similar components, engineers always know that not all components are created equal and they will always be mismatched. However, mistakes will always happen and sometimes they tend to be the expensive ones. 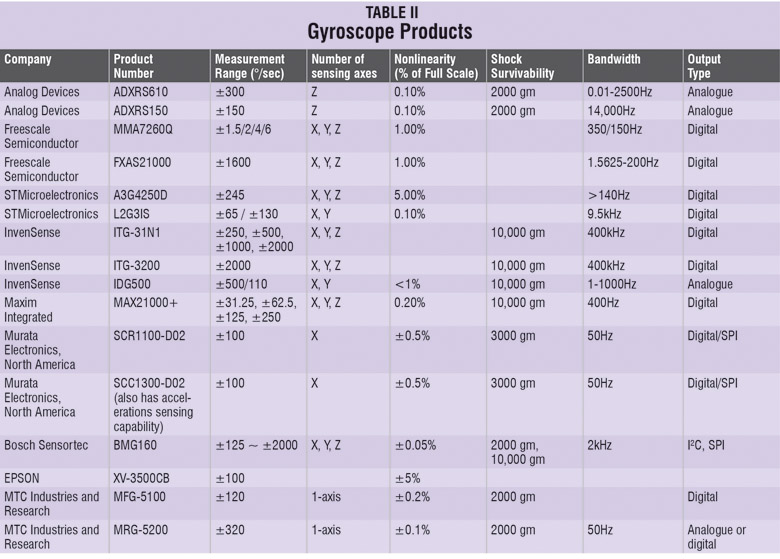 Let us consider what happened to Apple’s iPhone 5S—by switching the accelerometer from a STMicroelectronics LIS331DLH to a Bosch Sensortec BMA220, the phone literally lost its sense of balance. Now companies like Kionix are coming out with performance optimisation tools that allow a designer to manipulate power and noise levels through a downloadable GUI. This helps them tune the sensor to meet their system’s potentially unique requirements through precise design parameter choices.

A Seaweed-Based Battery That Could Be Eco-Friendly