Often one gets to hear the word “Servo Motor” in electronics. You might have used it many times in your projects as well. But what is inside it and how does it work? Let’s find out.

Servo motor is basically a type of motor that allows us to control the position, acceleration and velocity while an object is rotating. We can drive the motor using a PWM signal.

What’s inside a Servo Motor?

All servo motors have these basic parts 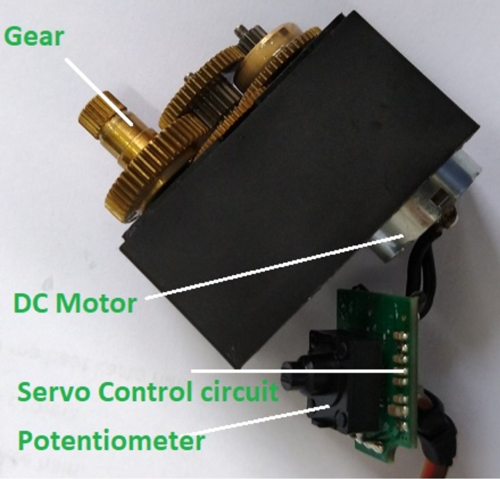 This is one of the most important parts of a motor. When we want to drive a motor, then this DC motor is responsible for starting and running the motor mechanism. The controller circuit gets the feedback from the rotary sensor/potentiometer and controls the direction of rotation and speed of the DC motor to get the desired output at the shaft of the motor. 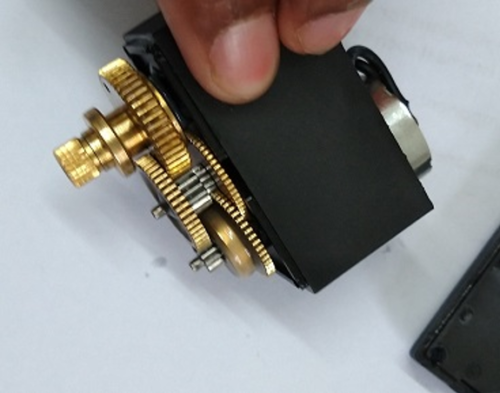 When we drive a servo motor, then it starts rotating at a high speed in several RPMs (according to the DC motor type it has). In motors, we need high torque. Therefore, gears (or reducing gears) are used for converting the high speed into high torque. That is, the speed of rotation gets reduced to torque.

The gears of motors are made out of metal, plastic or other material. 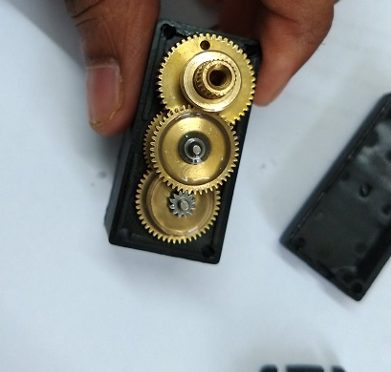 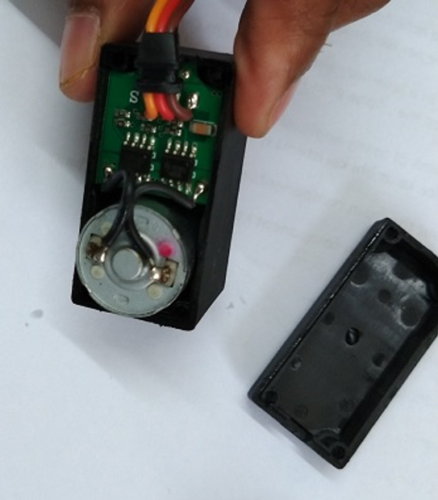 A driver allow for easy operation and control of the servo motors. There are four Control Modes within the driver. It is the Position, Speed, Torque and Tension Control. The driver provides automatic tuning allowing for optimal performance without manual adjustments.

It acts as a feedback sensor to the motor. When the shaft rotates, then the attached pot pins also rotate, giving an output in the form of change in resistance. A pot has different resistance at different areas that inform the driver module about the position of a motor. So in this way, the pot gives continuous feedback to the driver and helps it to obtain the precise position of a servo shaft. 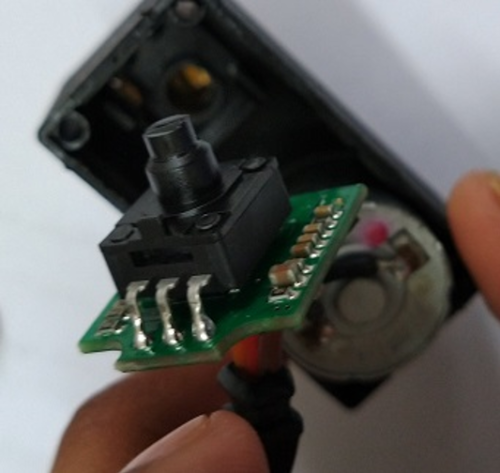 What happens inside the servo when we give a PWM signal to the driver?

This is probably the only thing that you can see moving in an enclosed motor. The shaft is used for connecting with any other pinions, gears or connecting rods in order to create a mechanism in a continuous rotation servo and in 180 degrees rotating servo. But in linear servo, the shaft is attached to a screw and pivot mechanism.

There are three types of DC servo you will find in the market. There are few more types of motors that are available but most of the time these basic motors are used in robotics

Continuous rotation servo motors do not provide an angular control of the shaft. However, we can control the rotational direction using a PWM signal.

In most of the continuous rotational servo motors, the pot is fixed at a certain position and when we want to move the motor to a certain angle, the driver moves the DC motor to attain that position. But as the pot is fixed at that certain position, the driver never gets that positional feedback and the motor continues to move. In a continuous rotation servo motor, we cannot control the precise angle of the servo motor but we can control the direction of rotation and speed of motor.

How Servo Motors are different from Stepper Motors

Stepper motor consists of a rotor with permanent magnets and a stationary stator that carries the windings. When the current runs through the stator windings, it generates a magnetic flux distribution that interacts with the magnetic field distribution of the rotor to apply a turning force.

It features high pull counts, i.e. 50 or more. It energises each pole in the sequence that the rotor turns in a series of increments of steps, but because of high pull count the motion appears to be continuous.

Stepper Motor are generally used where precision and control are the priority, because there is an speed limitation. Stepper motors are used in computer printers, image scanners and compact disc drives, etc. Stepper motors should be run in closed loop. Stepper motor are also inexpensive as compared to Servo motor.

Servo motors are generally designed for high speed usage as they run faster as compared to Stepper motors. Servo motors are used in gearboxes to deliver much higher torque at useful speeds.

Applications of a Servo Motors

There are various applications where we use a Servo motor:

There are various online websites like Arrow, Kitsnspares, Amazon, etc. through which you can purchase High Precision Servo motor.