An Emerging Class Of Graphene Based Electronics

In an era of electronics based civilisation there is always a demand for more, faster, better and cheaper electronic devices. Electronics started with copper wires and moved to semiconductors (silicon and germanium) base, but now scientists and engineers are putting in efforts to design and develop graphene based electronics for which new applications that fulfil all qualities of desired electronics are emerging very fast. These electronics meet the demands of electronic device-happy and data-centred world of consumers.

Meeting these demands requires technologies for processing and storing information. Now, with the use of graphene, a significant obstacle to the development of next-generation device technologies appears to have been overcome. In simple terms, graphene is a thin layer of pure carbon. It is a single, tightly-packed layer of carbon atoms that are bonded together in a hexagonal honeycomb lattice. Graphene is the world’s first 2D material. Since its isolation in 2004 it has captured the attention of scientists, researchers and industry worldwide with its unique properties.

Some properties of graphene are:
1. It is ultra-light yet immensely tough.
2. It is 200 times stronger than steel, but is incredibly flexible.
3. It is the thinnest material possible and is transparent.
4. It is a superb conductor and can act as a perfect barrier; not even helium can pass through it. 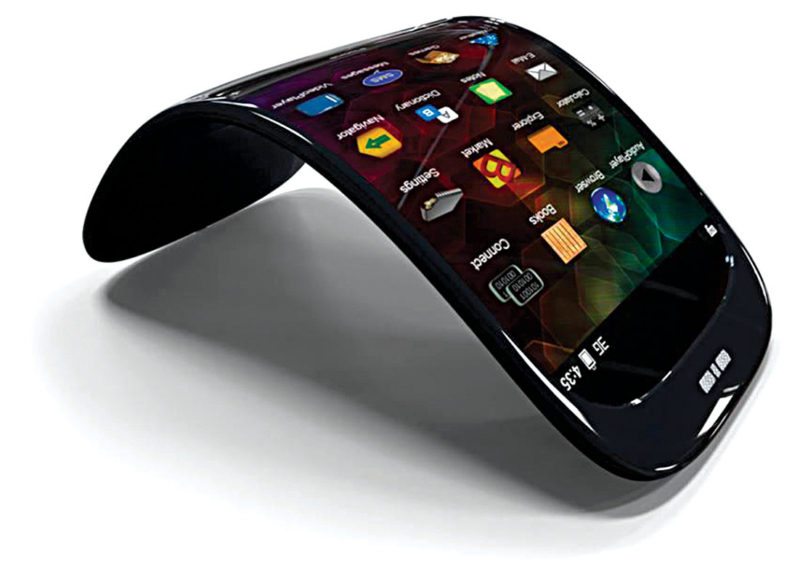 Graphene has been proven to be much more efficient at conducting electrons than silicon, and is also able to transfer electrons at much faster speeds (relatively speaking, 1000 kilometres per second, which is 30 times faster than silicon). In the next few years you will begin to see products from consumer electronics companies using graphene, and electronic devices based on flexible, robust, touchscreen devices such as mobile smartphones and wrist watches.

This could mean foldable televisions and telephones, and eventually electronic flexible newspapers and publications that can be updated via wireless data transfer. Being extremely translucent, in the coming years you can also expect to be able to fit intelligent (and extremely robust) windows in your home, with (potentially) virtual curtains or projected images of your choice.

Soon you will begin to see clothing containing graphene-enhanced photovoltaic cells and super capacitors. So you will be able to charge your mobile telephones and tablet computers in a matter of minutes (even seconds) while walking to work. You may possibly even see security-orientated clothing offering protection against unwanted contact with the use of electrical discharge.

Possibilities of what we can achieve with the materials and knowledge we possess, have been blown wide open. It is now conceivable to imagine such amazing prospective situations as lightning-fast yet super-small computers, invisibility cloaks, smartphones that last weeks between charges and computers that we can fold up and carry in our pockets wherever we go.

The range of applications for graphene in 2D materials in electronics extends far beyond just digital logic. While much research effort is devoted to seeing if graphene can replace silicon as the basis for the next generation of computer chips, this is not its only potential application in the broader field of electronics. In addition to its use in transistors for digital logic, graphene is also being investigated for use in flexible electronics where it can enable conductive inks and serve as a replacement for indium-tin-oxide as transparent conductors in these devices.

There are also the more workhorse roles as an alternative material for interconnects and heat-sinks. Graphene research is focused on applications like energy, membranes, composites and coatings, biomedical, sensors and electronics. This is only the start and these are only the first steps. Potential of graphene is limited only by imagination.

Electronics and energy storage could also be revolutionised by graphene. Flexible, durable, semi-transparent mobile phones, wearable technology, clothing that communicates, electric sports cars and lightweight planes are some of the future technologies that are becoming realistic in our present. Hence, there are a number of growing applications of graphene based technology, but this article is limited to introducing briefly the applications of graphene in electronics.

One particular area in which you will soon begin to see graphene used on a commercial scale is in optoelectronics, specifically touchscreens, liquid crystal displays (LCDs) and organic light emitting diodes (OLEDs). For a material to be able to be used in optoelectronic applications, it must be able to transmit more than 90 per cent of light and also offer exceptional electrical conductive properties and therefore low electrical resistance.

Graphene is an almost completely-transparent material and is able to optically transmit up to 97.7 per cent of light. It is also highly conductive and so it would work very well in optoelectronic applications such as LCD touchscreens for smartphones, tablets, desktop computers and televisions.