Unlike previous generations of mobile networks, the fifth-generation (5G) technology is expected to fundamentally transform the role that telecommunications technology plays in the society.

Despite continuous improvements in data services with high data rates and more spectrum utilisation, networks are still not free from congestion. The tremendous growth of video traffic and smart devices has resulted in heavy pressure on data network resources. As a result of this continuous thrust for data capacity to address data demands from specific applications, like augmented reality/virtual reality (AR/VR), massive IoT (mIoT), vehicle-to-vehicle (V2V) or vehicle-to-other-things (V2X), healthcare, remote robotics, machine-to-machine (M2M) communication and so on, cellular telecom standards generation body 3rd Generation Partnership Project (3GPP) has come out with its recent release of cellular wireless standards with the idea of incorporating more spectrum bands, including unlicensed and shared spectra. 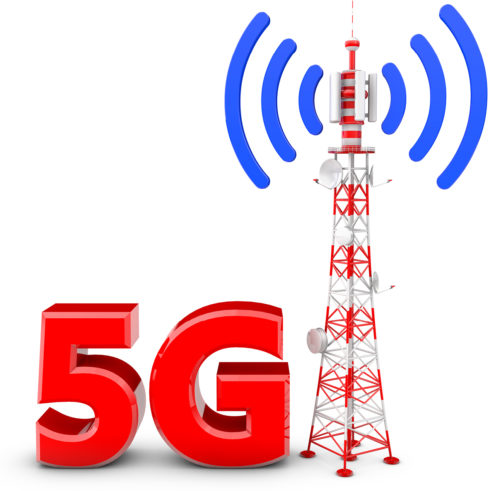 In this era of next-generation telecom networks, LTE was the first technology to step in. Being completely data-centric, it started an era of data-dependent information and communication (ICT) systems. Data has now become a utility for end-users to run their day-to-day businesses. Started 10 times faster than its predecessors, LTE is now 100 times faster in the form of gigabit LTE.

Wi-Fi, in its new avatar called 802.11ax, has become a partner for LTE, for better convergence. It provides a combination of licensed and unlicensed bands for a larger capacity to end-users.

This also opens the door for Wi-Fi’s entry to 5G systems as an associative data network, with LTE as a control plane. Hence, it will not just be New Radio (NR) with LTE but Wi-Fi, too—mostly in non-standalone (NSA) mode of 5G.

Wi-Fi is synonymous with unlicensed access and technologies like Citizen Broadband Radio Service (CBRS), setting the modus operandi for utilising the shared spectrum. It has been of interest since the early days. Wi-Fi has been on 3GPP’s radar since release 8, but was incorporated in the propensity of RAN release 13 onwards. LTE-U, LAA and LWA are some of 3GPP’s networking features focusing on the unlicensed spectrum.

Wi-Fi is a mature technology that is continuously growing and keeping pace with next-generation networks. IEEE 802.11 standards have been evolving from the days of 802.11n to 802.11ac, 802.11ad (in 60GHz) and 802.11ax (which is said to be efficient for highly-dense environment).

802.11ax is a Wi-Fi standard that not only provides high data rates but also fair distribution of data capacity in dense radio environments. Therefore it is also called high-efficiency wireless, or HEW.

HEW has the following key features:

In fact, 802.11ax provides distributed data rates for fare distribution of overall capacity to all users, making it an efficient system with larger spectrum bands.

This much-required and inevitable convergence is beneficial to a variety of use cases from the Internet of Things (IoT) point of view, as it could address that in a unified way, like for high-data-consuming devices to low-data-consuming sensors. This convergence will bring cost-effectiveness, and can be further optimised through technologies like artificial intelligence (AI) and machine learning (ML).