At least three companies are expected to introduce their quantum computers in 2020, while some more may be working secretly on them. In India, the Tata Institute of Fundamental Research has undertaken to lead this national mission.

Fundamentally, quantum computing is difficult to achieve, and there are some commercially viable applications for a technology that are still in their infancy. A quantum computer uses quantum bits or qubits, instead of the classical bits, which are the binary numbers, 0 and 1.

A qubit is a two-state or two-level quantum mechanical system. While a classical bit either has a value 0 or 1, a qubit can be both 0 and 1. That is, it can achieve both the values simultaneously, and the laws of quantum physics ensure that such a state is possible.

As a result, theoretical physicists estimate that a quantum computer with only about one hundred of these qubits could in principle exceed the computing power of the current classical computers. Building a quantum computer is therefore one of the main technological goals in modern physics and astrophysics. Scientists from all over the world have found a way to manufacture stable qubits that operate at room temperature, in contrast to the majority of existing analogues. This opens up new prospects for creating a quantum computer.

In the current scenario, an unprecedented data-crunching effort that aims to enhance multi-fold computing power to accelerate research for Covid-19 treatment would be most welcome. Some of the applications for solving highly complex problems, which cannot be solved by the present-day computers, are new drug discovery, supply chain logistics, financial services, artificial intelligence (AI) and cloud security.

Chemistry helps make up our world—yet there is still a lot we don’t know because most of our powerful classical computers are limited in the chemical modelling they can perform and the solutions they can unlock. But quantum computing could change that completely, thus enabling large scale chemical modelling so as to unlock solutions.

As tech giants like Google are advancing for gaining quantum supremacy, quantum technologies are becoming more and more glorious in different parts of the world. Countries are racing ahead to embrace this technology. Several countries are running in the race of leading the world with the technology of quantum computing. Google, in partnership with NASA and Oak Ridge National Laboratory, has demonstrated the ability to compute in seconds, achieving a milestone known as quantum supremacy.

Quantum computing is still in its infancy. A quantum machine operates in a completely different manner from regular computers. It relies on the mind-bending ways some objects act at the subatomic level, or when exposed to extreme cold, like the metal chilled to nearly 460 degrees below zero inside Google’s machine.

Some of the top countries leading the race of quantum technology are Russia, China, India, and the USA. In this article, however, three players are identified where the development of quantum computers is in the advanced stage, with an indication to bring the practical use of quantum computing to life within this year. 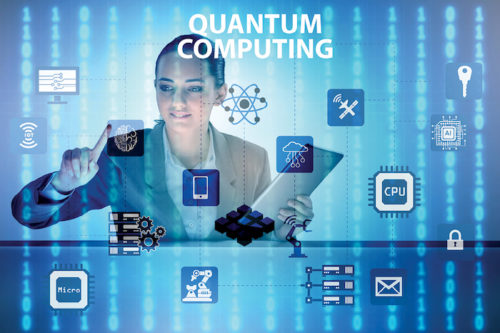 One of the major goals of China is to outperform the US to become a technology leader. The country understands the strategic importance of quantum technology for its economy and military resources as well. In the past two years, China has vigorously participated in pacing up its quantum research. ln 2016, President Xi Jinping had established a national strategy for China which portrays it to become technologically self-reliant.

China has built the world’s largest quantum research facility in Hefei with the goal of developing a quantum computer. Chinese researchers, who are working on 50-bit quantum computing technology, are expected to achieve quantum supremacy by the end of this year.

Honeywell, the USA based multinational conglomerate, perhaps best known for its home security systems and thermostats, has stunned the world with its announcement of the world’s most powerful quantum computer. In a race where most of the major players are vying for attention, Honeywell has quietly worked on its efforts for the last few years. With a quantum volume of 64, the Honeywell quantum computer is twice as powerful as the next alternative in the industry. “What makes our quantum computers so powerful is having the highest quality qubits, with the lowest error rates,” says Tony Uttley, president of Honeywell Quantum solutions.

Honeywell’s quantum computer uses a different technology, called ion traps, which hold ions—the computer’s qubits—in place with electromagnetic fields. Superconducting quantum chips are faster, but ion traps are more accurate and hold their quantum-state for a longer duration. In addition, Honeywell recently announced that it has made strategic investments in CQC and Zapata Computing; both of them focus on the software side of quantum computing.

Rigetti Computing is a full-stack quantum computing company, a term that indicates the company designs and fabricates quantum chips, integrates them with a controlling architecture, and develops software for programmers to build algorithms for the chips. They are focussed on strengthening each layer of the quantum computing stack, from the hardware to the applications to bring the practical use of quantum computing to life. They plan to build and deploy a 128-qubit system over the next twelve months, from March 2020.

Apart from the players mentioned above, it is quite possible that there may be some more active players in other countries working furiously on the development of quantum computers but have kept their work secretive and are not seeking any publicity.

Furthermore, the active players mentioned in this article have refrained from revealing the basic outline specifications such as operating principles, speed, and so on.

As announced by India’s Finance Minister, ` 8,000 crore boost will help India bridge the gap in quantum computing with the US and China. India’s department of science has announced a national mission on Quantum Technologies and Applications, which is collaborating with institutions and companies to build homegrown capability in quantum technologies. It is generally known that serious experimental work in India has been underway for only five years or so, that too, in handful of locations.

The new announcement of the Indian government will greatly help fix resource problem, but measures and means to attract and retain high-quality manpower will need careful planning. Another point for consideration is the connections/collaboration with the Indian industry from the very beginning so as to enable the commercialisation of quantum technologies. It is gratifying to note that Tata Institute of Fundamental Research, Mumbai, home to India’s first superconducting quantum computing lab, has undertaken to lead this national mission.

One day, researchers believe, these devices could power advances in AI or easily overwhelm the encryption that protects computers vital for national security. Researchers attempting to build the next generation of quantum computers are pushing the boundaries of what can be achieved with current experimental technologies.

One of the challenges is testing the behaviour of a complex quantum system when it is sealed inside a cryogenic system cooled close to absolute zero. Not only does it make it difficult to assemble, adjust and maintain the components for each experiment, it can also place practical limits on the size of the quantum system that can be measured.

D. Raghu Ram has previously worked with Defence Research and Development Organization (DRDO) as a scientist. He has been awarded medal and citation by former Prime Minister Indira Gandhi for his contribution as Chief Design Engineer of Arjun main battle tank, which has been accepted by Defence Forces and has gone into production since then