Visible Light Communication From Labs to Market: How Soon?

Overall, the developments are quite interesting, and we could hope to see Li-Fi and other VLC technologies in the mainstream five years down the line -- Janani Gopalakrishnan Vikram 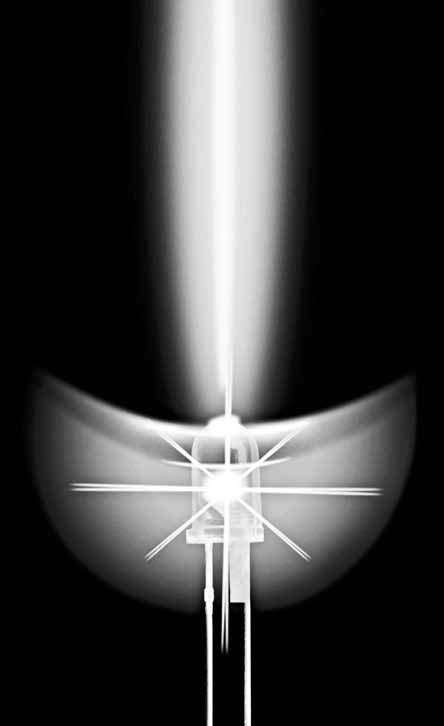 APRIL 2012: “The radio spectrum is highly congested and the demand for wireless data is making this much worse. Demand for wireless data doubles every year but the available capacity cannot sustain this growth. Even with freeing up of radio frequencies by the switch from old analogue to digital TV, the available capacity is not enough. Off-loading of cellular data to Wi-Fi is now a default for smartphones but now the congestion is felt by the Wi-Fi’s. Wi-Fi data densities cannot be increased greatly due to interference. So Wi-Fi needs to offload some excess capacity, but to what?” says Dr Gordon Povey, product manager of the University of Edinburgh’s D-Light project (which has been funded by Scottish Enterprise), and CEO of PureVLC, a spinout company formed to commercialise Li-Fi—a new wireless optical communications system developed by them.

Dr Povey explains that squeezing more out of radio technologies or using an alternative such as optical technologies are the only two options available. Regardless of the technology (3G, 4G or Wi-Fi), there are three ways to increase the capacity of wireless radio systems: Find more bandwidth, add more nodes or improve the efficiency of the technology.

In the current situation, more bandwidth is being found but it’s clearly not enough—it is finite. More nodes are being added—cell splitting has been done for years—but this is expensive. Also, two nodes do not have double the capacity of one as due to interference issues, the law of diminishing returns is at play. Moreover, doubling the infrastructure will not double the revenue. Spectral efficiency has also improved over the years, but recently the increase in wireless spectral efficiencies has slowed to just 12 per cent year-on-year. So in the long run, what is the way out?

Dr Povey says that wireless optical systems can break all three of these restrictions. There is plenty of bandwidth. Modulation or demodulation is direct as there are no radios or antennae. Many nodes are feasible and they do not interfere like radio does. With plenty of resources, spectral efficiency is less sensitive and what has been developed for radio spectral efficiency can be applied to optical (with some minor tweaks). In short, Dr Povey has laid before us the case for visible light communications (VLC).

LED lights can be switched off and switched on faster than we can perceive. This off-on motion can be used to represent 0’s and 1’s—in other words, digital information. A sequence of such variations can cause a flow of data. This, or transmission by more complex modulation schemes such as Orthogonal Frequency Division Multiplexing (OFDM), is the technological basis of visible light communication or wireless optical communication.

Hello Li-Fi!
Li-Fi is a VLC technology developed by a team of scientists including Dr Gordon Povey, Prof. Harald Haas and Dr Mostafa Afgani at the University of Edinburgh. The term Li-Fi was coined by Prof. Haas when he amazed people by streaming high-definition video from a standard LED lamp, at TED Global in July 2011. Li-Fi is now part of the Visible Light Communications (VLC) PAN IEEE 802.15.7 standard.

[stextbox id=”info” caption=”Graham Bell tried this much earlier!”]Alexander Graham Bell had experimented with visible light communications way back in 1880. He sent a voice message by modulating light. A parabolic mirror captured and projected his vocal vibrations. The drawback was that he used sunlight, which is highly unpredictable in nature. Today, the D-Light project has done something similar, using the more reliable LED technology![/stextbox]

“Li-Fi is typically implemented using white LED light bulbs. These devices are normally used for illumination by applying a constant current through the LED. However, by fast and subtle variations of the current, the optical output can be made to vary at extremely high speeds. Unseen by the human eye, this variation is used to carry high-speed data,” says Dr Povey.

In simple terms, Li-Fi can be thought of as a light-based Wi-Fi. That is, it uses light instead of radio waves to transmit information. And instead of Wi-Fi modems, Li-Fi would use transceiver-fitted LED lamps that can light a room as well as transmit and receive information. Since simple light bulbs are used, there can technically be any number of access points.
[stextbox id=”info” caption=”How optical communication solves bandwidth crunch”]

For India, since the existing broadband capacity is extremely limited, it is expected that the demand will grow at an exponential rate in the foreseeable future. To meet this demand, a network of networks and a range of technology options need to be implemented. Many of these networks complement each other.

Wi-Fi is a very good complement to cellular network and has become quite pervasive globally as a local-area network (LAN). However, since the most critical bottleneck in any wireless-based network is the air access interface, Wi-Fi is unlikely to keep up with the ever-increasing demand for bandwidth. Clearly, the bandwidth provided to the end customer is dependent upon the spectrum efficiency (bits/second per hertz of frequency spectrum bandwidth) among other limitations.

Clearly, there are basic technological shortcomings in Wi-Fi, e.g., security issues and sub-optimal multiple access techniques, but it is the physical nature of the air interface which requires one to look for additional solutions. Alternatives like femto-cells do augment the capacity via their operation at a different spectrum, but a key approach is to supplement LAN coverage of the Wi-Fi network via use of personal or proximity area networks (PANs).

The D-Light team has developed a device that can modulate light signals to transmit and receive data. The device is being refined for commercialisation. “We have early prototypes and by the second quarter of 2012, we’ll have early Li-Fi products on the market. The initial products will be components combined with light fixtures,” shares Dr Povey. In the meanwhile, there are small problems to be overcome.

Scope for improvement
Dr Suresh Borkar is a trend-watcher, consultant and communications expert who teaches at the Illinois Institute of Technology. He opines that at the current stage of maturity, Li-Fi usage will be limited to in-house and proximity applications. The use of very high frequency (400-800 THz) limits it to very short distances and more of point-to-point communications.

The fact that Li-Fi is being considered as one of the IEEE 802.xx standards bodes well for its potential success. Like other 802.xx standards, it is defined only at layers 1 and 2 (physical and media access control (MAC) layers) of the Open Systems Interconnection (OSI) model. Layer 3 and higher layers need to be designed using the Internet Engineering Task Force (IETF) packet transport standards.

Li-Fi, according to Dr Borkar, is still in the experimental laboratory stage. Standards have to be defined and devices identified and made available along with the infrastructure and related entities before it can be used widely. Some limited prototypefriendly deployments have taken place in the last year or so but the availability of receiving devices that require arrays of photodiodes is still limited.
[stextbox id=”info” caption=”DIDO: Another alternative”]

Distributed-input distributed-output (DIDO) is a new radio technology from Steve Perlman and the Rearden Companies.

“Its hype is currently misleading in that it seems to squeeze more bandwidth magically when you add users in a cellular system. Like all other technologies, it still needs to obey the physical laws of communications channel limitations. It attempts to overcome such limitations by providing multiplexed dedicated channels to individual users to give appearance of providing total bandwidth of the cell to each of the users in the coverage area. Clearly, there is impact on latency and other Quality of Service (QoS) parameters, which may not meet real-time application needs. Since only limited details are currently available in the literature, it is premature to compare DIDO with any of the existing technologies,” comments Dr Borkar.

“The technology also needs to evolve in many areas of miniaturisation including application-specific integrated circuits (ASICs), optical devices including photodiodes, compact arrays and modulation of optical signals. Another major area of concern is the hardware needed whenever we interface optics with electronics,” says Dr Borkar.

This concurs well with Dr Povey, who says: “The receiver optics and sensor is always an issue. We have to consider how to collect enough optical power using a non-ideal positioning of the sensor. The technology can be improved a lot. Also, we are trying to miniaturise the technology, which is challenging.”

A few other VLC projects
Li-Fi is just one of today’s hopeful VLC technologies. Research in VLC has been going on in the UK, the USA, Germany, Korea and Japan since 2003. Casio, Intel, Samsung and Boeing are some of the biggies that are active in this field.

Some years ago, Tokyo-based Nakagawa Laboratories demonstrated underwater visible light communication technology for scuba divers. Later, in December 2010, an American company called LVX deployed light-powered broadband services at six buildings in St Cloud, Minnesota. However, they were able to achieve a speed of only 3 Mbps, which is quite slow as per today’s broadband standards.