In the case of contact switches that employ a semi-conductor which works on the electric principle that governs the functioning of a diode, a factor that should never be ignored is the in-rush current. This current, represented at times as ‘I2’, is a phenomenon where when a capacitor is entirely discharged, a charging current, like an electrical short may occur during the first micro-seconds of the inrush process. This surge in current can cross the half-life of the metal’s electrical conductor capacitance and decrease its overall function-ability with time.

This is controlled by using a high capacitive limiter which is either made of Tungsten (Tg) or Nickel (Ni) alloys and basically serves as a current limiter, to provide the dampening of the inrush current.

Arching and its prevention

In switches working on the electrical principle of a diode, a luminous discharge of highly energized electrons and ions or a ‘spark’ is noticed when the contacts separate. This is known as ‘Electrical Arcing’ and it cannot be prevented but only reduced with precautionary measures, known as ‘Arc Suppression’.

Arcing is dangerous as it can result in circuit failures and in worst cases, a fire in the circuit box that could ultimately spread and damage property as well as cause harm to human life.

The best, most effective and cost dynamic method to prevent mishaps in the case of arcing is with the employment of an Arc Fault Circuit Interrupter (AFCI).

An AFCI serves the function of a circuit-breaker when it detects an electric arc in the circuit. The AFCI is designed in a unique way to selectively distinguish between a harmless arc (common to the normal operation of switches and plugs) and a potentially dangerous arc.

Different companies manufacture AFCI’s in accordance to the need and size. Schneider Electric is a giant in this industry and controls a fair share of the market space with its cost effective and qualitative AFCI’s.

DC switches are rarely employed due to the invention of the AC switchgear. But the utilisation of DC switching technology still prevails in certain niche categories of manufacturing and automation, especially in heavy industrial tools.

In this scenario, an electromagnetic circuit breaker is provided with a pair of magnets on opposing sides of the contacts in the open position. The combination of these magnetic fields deflects the arc current, shifting the arc current away from the contact points and lengthening the path of the arc, thereby increasing the voltage rating of the breaker, by decreasing the intensity of an associated arc current. With a reduction of its intensity, the danger involving the arc is reduced to a minimal non-threatening spark.

From Pressure Switches to Biometric switches, different approaches have swept the industry away.

A Pressure Switch functions on the principle of acting fluid pressure on a surface. When switched on, an electrical contact is closed and the charge is conducted, thereby performing the switching action. The design of the switch can vary, that is switching action can take place either with the rise or fall in fluid pressure. Pressure switches find its application in heavy industries to automatically supervise and control systems that use pressurized fluids.

A Biometric Switch works on the digital fingerprint recognition technology. The data is hosted either internally or externally, and a positive match will bridge the contact to provide current flow and thus, a timely switching action.

In hindsight, switches are much more than just something to turn things on and off. By choosing the right switch, you can not only ensure that your system doesn’t encounter problems/failures, but also optimise the operation and user interface. Choose the best by relying on the best.

element14, the Development Distributor, provides a range of over 7,000 switches to address these issues, including MicroSwitches, Rocker Switches, Push Button Switches, Toggle Switches, Rotary Switches and more, in stock and ready to ship today. 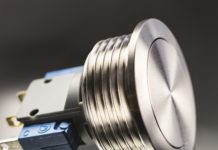 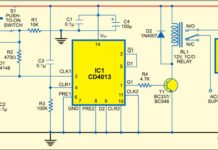