In this section, continuing from last month’s article, we discuss Synopsys’ Saber simulation tool, and its advantages for design engineers working in solar/PV segment

Simulation can help one get key insights into the physics of a solar cell operation, thus enabling engineers to explore the complete range of design alternatives. When we look at the module and system levels, behavioural models allow engineers to examine design trade-offs that can affect system performance. Currently, simulation plays a huge role in the development of different variants of photovoltaic technology, from solar cell design to system performance, and provides an outlook that will help in future advancements in this area. 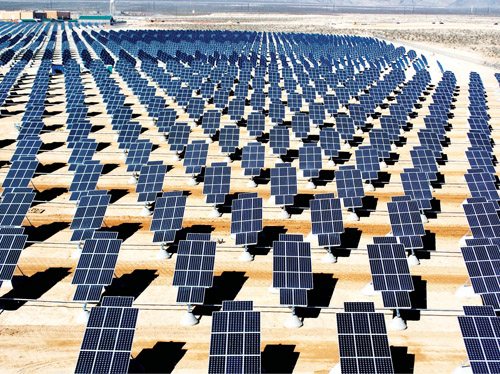 The first solar cell intended for commercial use was developed in 1954 by researchers at the Bell Telephone Laboratories. Based on a diffused p-n junction fabricated in silicon, this cell was the first version of a solar cell. At that time, silicon was already a prominent semiconductor used in electronic devices, and its selection as the semiconductor for the first generation of solar cells was justified in view of its rapidly advancing manufacturing technology and excellent electronic and optical properties.

Need for simulating solar/PV cells
Since the structural simplicity of most first-generation solar cells made them conducive to one-dimensional simulation, some simplified programs targeting solar applications also emerged and were instrumental in establishing a solid foundation for simulation within the photovoltaic community. Solar cell is designed to convert as many incident photons into electrical current as possible. In order to improve this performance, gradual refinements of the first generation of silicon solar cells eventually led to designs with surfaces employing texturing and anti-reflective coatings to minimise light reflection across the solar spectrum, as shown in Fig. 1.

The base layer of this design is around 250 micrometres thick. Structural and process variables such as the pitch of the front contact, minority carrier lifetime, doping of the base layer, and surface recombination velocities of front and back contacts have significant impact on cell performance. These variables have been subjected to extensive simulation studies, with optimised designs achieving 15 to 16 per cent conversion efficiency.

One of the major critical factors limiting the performance of these cells is the very thick base layer, which provides the opportunity for photon-generated carriers to re-combine before reaching the contacts.

One of the key design aspects is the optimal spacing and size of the rear point contact—a problem that has been well addressed with 3D simulation. Compared to traditional stripe contacts, the current that flows into point contacts has a pronounced 3D character. 3D simulation shows a steep efficiency versus pitch relation for point contacts compared to stripe contacts, which are less sensitive to pitch. This means that simulation is important in order to find the optimal efficiency as a function of contact pitch in point-contacted cells.

As the complexity of solar cell designs has evolved, so has the need for more and more sophisticated 2D and 3D simulation tools to help engineers optimise the cell design in order to achieve the required performance and cost target. Purely experimental approaches are no longer sufficient for solar cell development because of the large number of structural and process variables at play, and through the detailed and often highly non-linear ways, these variables affect cell performance.

Once a cell design is optimised, the next step would be to combine these cells into reliable, efficient and manufacturable modules. At the module level, the behaviour of the cell can be simplified to a one- or a two-diode model, including the resistive shunt and series connections between the individual cells. Lastly, it is impractical to design new cells without simulation as too many experiments are needed to investigate the requisite design space.

Major design challenges
The major challenges while designing a solar/PV system are:

Minimising interconnect losses. Interconnect losses are very common in solar panels apart from being the most common form of power leakage. Minimising these losses becomes a priority, especially when the losses start mounting and affecting performance.

Evaluating and minimising the effects of environmental variation. The success/failure of solar cells depends on a host of fickle parameters like light intensity, incidence angle of the sun rays, temperature variation and the ionic state of the environment. Solar/PV system design engineers deal with these issues on a day-to-day basis trying to make the output independent of environmental parameters.

Optimising power. A solar cell contains a host of power converters, viz, step-up, step-down, DC-DC and so on. Each converter has a specific function and they all need to be working optimally to ensure smooth running of the entire solar panel and, as such, the devices connected to it. Unless all the converters are designed in such a way that they all work and deliver performance on the expected lines, the design wouldn‘t be considered ideal for use.