In India, developing microprocessors and microcontrollers indigenously is essential to reduce the dependence on imports and make the nation an electronics design and manufacturing hub. As technology continues to evolve, designers need to stay updated to reduce cost, board space and design time for their projects.

With advancements in technology, the industry is quickly moving to new trends every day. Design complexity increases as designers have to ensure that their products have the necessary features to be suitable for numerous applications and stay relevant for a long time in the rapidly-changing market. Without the right design, changes have to be made in the hardware later on, which results in a huge waste of time and cost.

Microprocessor, being the central processing unit, is the most essential design component for most electronic devices. Designers have to often make trade-offs between various factors for reliable and optimised performance. Complexity rises with increasing density of transistors. Through high-level synthesis method, many designers use programming to figure out the hardware required for a specific application.

Most of the pins on a processor are for power supply and ground. If voltage is too high, subsequent overheating can take place.

The clock is also an important consideration to keep all functions in sync and maintain energy efficiency. Although high speed is necessary, processors usually run on a frequency of 3GHz to 4.5GHz so that even the slowest component can complete its operation accurately within the required clock cycle. 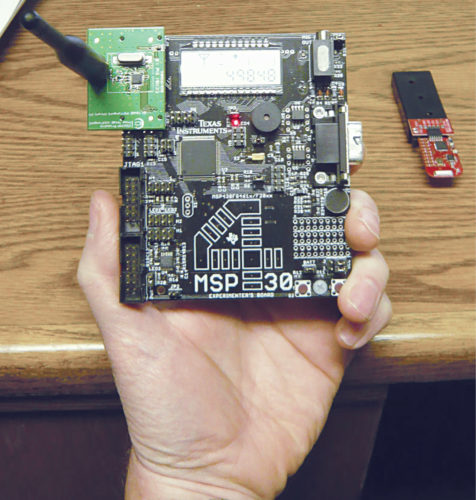 As the focus is shifting to artificial intelligence (AI) processing for features like voice assistants and image processing, the processor needs to be faster, flexible and suited for real-time applications. This requires highly integrated chip manufacturing for meeting computational requirements.

Thermal stress can cause the chip to break if power is not uniform across the chip. System software for such processors must be capable of extracting the neural network from machine learning (ML) frameworks like PyTorch and TensorFlow.

Not only tech giants like Intel are building ML processors, even startups are building these now. For instance, Cerebras Systems has developed an ML processor with 400,000 cores and 18GB SRAM using wafer-scale integration technique instead of the traditional process of making multiple chips from a single wafer for low latency and high bandwidth. For high yields, it had to overcome the design challenges, and redundant processor cores had to be incorporated to deal with chip imperfections.

To achieve a common standard and aid the growing community of designers, RISC-V (reduced instruction set computer) is the latest open source hardware architecture that can be tailored to suit various application requirements. Unlike ARM, it is more flexible and is useful for maximum dissemination, thereby expanding the market and ecosystem.

Competition is growing and new approaches for remaining relevant are apparent. Silicon alternatives like carbon nanotube transistors are being considered by researchers for further improvement in performance, which may get commercialised in future—once defects and functional problems are dealt with. An example of this is AMD’s EPYC Rome, which uses multi-chip modules along with improved packaging that generates higher yield at a lower cost when compared to Intel CPUs, which use the monolithic die approach.

At the launch of the second-generation AMD EPYC processor, Peter Ungaro, president and chief executive officer, Cray, said, “As we enter a new era of computing—the exascale era—we are seeing new workloads, new infrastructure, a new way of thinking, and this requires capabilities and performance like we get from our next-generation Shasta supercomputer combined with AMD EPYC processors.”

MCUs are suitable for embedded systems owing to their low cost and small size. These are designed to suit application-specific requirements. For systems like those in the military where real-time performance is critical, MCUs have higher clock speeds, while for simpler applications like microwave ovens, power consumption is lower.

Low power operation with negligible standby current consumption extends product life. Depending on the device, ROM may be permanent or erasable type. MCUs with higher pin count allow additional interfacing. In customisable MCUs, besides microprocessor(s), memory and different peripherals, a digital logic block is also present on the chip.

The 32-bit MCU is gaining popularity due to growing demands for more capabilities. Touch-sensing MCUs, which were not common for simple applications like TVs, are now available at a lower price for the same performance. For achieving high precision, additional features such as a DC/DC converter and an embedded real-time analysis and diagnostic unit (ERAD) are incorporated at times.

Connectivity standards are an important consideration for extensible and dependable products. Chips designed solely for AI processing need to be connected to host processor(s). In addition to such standards as Wi-Fi, sub-1GHz and Bluetooth Low Energy (BLE), many devices also support others like Zigbee. This gives more flexibility for performing different tasks at the same time.

Any design flaws can be used to steal sensitive information like passwords or private messages. Many MCUs come with security modules. While adding security features, designers need to take care that there is no extra processing burden on the main MCU.
Cryptographic algorithms like advanced encryption standard (AES), secure hash algorithm (SHA-2) and data encryption standard (DES) are generally chosen for secure communication. Once a product is deployed, firmware updates are necessary for security.

Unlike hardware, a patch can be used to deal with software bugs. In software updates, there is no necessity of redesigning hardware. For instance, Intel had to release microcode for its processors such as Intel Xeon and Sandy Bridge, as these were at risk. Testing before manufacturing should still be preferred as micro-codes can decrease processor efficiency.

As devices continue to become smart, kits and development boards for the Internet of Things (IoT) applications are getting popular. There are numerous hardware development platforms with features required for IoT devices.

Different IoT boards are available in the market for different applications such as smart locks and thermostats. Popular ones include Espressif ESP8266 boards, Particle.io, as well as others from Intel and Adafruit.

If the device is a wearable, it should be made comfortable and have no harmful side-effects. Along with the MCU, which is central to the IoT, boards come with inbuilt sensors and other components for physical computing. Sensors have to be highly accurate, especially when it comes to industrial IoT (IIoT) systems.

PCB designing is foremost when it comes to IoT products. Conventional PCBs cannot accommodate the ever-increasing demands in these devices. Flex and high-density interconnect (HDI) PCBs are ideal to build devices smaller in size with maximum utilisation of board space. These also provide low power consumption throughout the lifetime of products, which is important since IoT devices have to continuously communicate with the network.

Since IoT devices remotely control connected devices, it is important to choose the right connectivity standard in the initial stage itself to meet the range requirements for a particular application. It is better to reuse tools that have already been tested for other similar applications rather than building the product from scratch.

Using fewer but effective components reduces manufacturing cost. Simulation software like PSpice are useful for testing the designs before building the actual hardware. With a large number of connected devices in the IoT environment, it is essential to include hardware-based protection besides software to protect against IP theft, differential power analysis (DPA) attacks, reverse engineering attacks and the like.

Network security is important as data communication with the network, which is usually on cloud, takes place over Wi-Fi. Steve Quane, executive vice president – network defense and hybrid cloud security, Trend Micro, says, “The IoT market will continue to grow, especially with landscape changes like 5G. Enterprises must be ready to protect their Industry 4.0 environments.”

Each component selected for the board should meet necessary compliances and certifications like Restriction of Hazardous Substances (RoHS) Directive and EMC/EMI compliance.

Developing microprocessors and MCUs indigenously is essential to reduce the dependence on imports and make India an electronics design and manufacturing hub. This year, students from IIT-Bombay developed a medium-sized microprocessor, called AJIT, that can perform basic operations. Vendors can buy a licence to get the processor design, while software tools can be accessed freely by everyone.

In 2018, RISECREEK chips were developed by IIT-Madras for use in computing devices and embedded systems. As technology continues to evolve, designers need to stay updated to reduce cost, board space and design time for their projects.