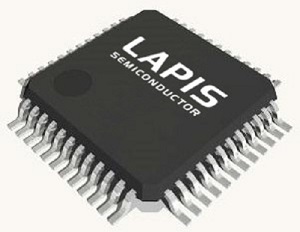 With the increasing presence of ADAS and other safety systems designed to notify drivers of vehicle operation and the surrounding environment, auto manufacturers have now been also prompted to develop audio systems that utilize sound effects and voice to issue warnings and alerts in order to maintain the safety of vehicle occupants and pedestrians.

Conventional solutions utilize middleware for voice playback that are often comprised of multiple components and place a heavy load on the main MCU, requiring significant man-hours to support countermeasures to avoid risk along with software that responds to system changes.

The ML2253x series also includes a playback sound anomaly function that can send error signals to the main MCU. This makes it possible to detect playback anomalies such as skipping, thus further improving the quality of automotive audio output systems. Compared with a conventional compression algorithm, HQ-ADPCM enables to achieve high fidelity sound without distortion. Additionally, flash rewrite function from the main MCU enables rewriting of voice data even after shipment.

Samples are available now with OEM quantities to be available from July 2020 end.

Next Generation Of Automotive Applications With NXP’s S32K3MCUs