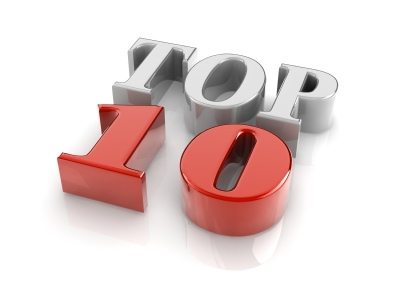 Driveshafts deliver power as a rotary force, and in most applications there is a need to know the amount of power in the system. But getting measurements from a turning shaft requires some engineering ingenuity, so here Tony Ingham from Sensor Technology in Banbury runs through the basics.

1. Torque is a turning force and, because every material from which a driveshaft can be made has a degree of elasticity, it is also a twisting force that deforms the shaft in the direction of rotation. This deformation is usually only very slight, but it is massively important when it comes to measuring torque.

2. Probably the most common way to measure torque in a turning shaft is to glue strain gauges onto it. A strain gauge is effectively a zig-zag of wire encapsulated in a flexible substrate for protection. When the shaft twists under torque the zig-zag will be stretched, which will change its electrical impedance. Therefore, the resistance of the wire is proportional to the torque in the shaft.

However, there is a problem in that electrical leads connected to the strain gauges would wrap around the shaft as it turned and eventually snap. Fortunately, there are solutions to this, which we will look at later.

3. In fact, it is normal practise to use not one, but four strain gauges spaced along the shaft. All are at 45deg to the direction of rotation, two to the left and two to the right. These are then connected into a Wheatstone bridge configuration, which produces an electrical output that is linearly proportional to the torque in the shaft as it rotates.

The circuitry is completed with a power supply, amplifier and a display, recorder or computer. These are usually mounted somewhere close to the driveshaft in a secure, static location.

4. We now come onto the elephant in the room. How do we connect the stationary parts of the circuit to the spinning Wheatstone bridge? One answer is slip rings – collars mounted onto and standing proud of the shaft, which contacts static brushes.

Unfortunately, the slip rings are rather delicate; so much care must be exercised in their use. Also, they need to be set up with some precision so that a constant and even contact is maintained in operation.

Because of brush wear, slip rings need regular attention and they are not really suitable for long-term use, nor for deployment in harsh working environments. It is also notable that the contact between the stationary brushes and rotating collars will create a degree of electrical noise which, particularly at higher speeds, will interfere with signal transmission. A final shortcoming of slip rings is that they create a drag force, which must be accounted for in signal measurements and frequently checked to make sure that it has not changed in value.

5. An alternative to the slip ring is the rotary transformer, sometimes called an inductive loop. This consists of two adjacent electrical coils – one static the other rotating with the driveshaft – the relative motion of which induces a current in the transducer.

There is no physical contact between the coils, nor between shaft and transducer, yet power and signals are passed between them. This overcomes many of the drawbacks of slip ring systems; set up is easier, operation is more robust, there is no friction and higher speed operations can be accommodated.

However, every rotary transformer will have a maximum operating speed due to its inertia. They are also susceptible to noise and errors, especially if the coils become misaligned.

6. The next development on a torque sensor is the type that is based on radio telemetry. These operate on the internationally licence-free 2.4GHz frequency band and are based on the concept of mounting a receiver pickup so that it can communicate with the strain gauges. The pickup can actually be many metres from the driveshaft, so long as communication is maintained.

Installation and maintenance are straightforward because there is no slip ring to adjust, coils to align or cabling to accommodate. However, a battery is required to power the signals, which although small and long lasting, does require consideration.

7. Perhaps the ultimate type of torque sensor is that based on the detection of Rayleigh waves or surface acoustic waves (SAWs). These are non-contact and use piezoelectric strain gauges. In a SAW sensor, the surface waves are produced by passing an alternating voltage across the terminals of two interleaved comb-shaped arrays, laid onto one end of a piezoelectric substrate. A receiving array at the other end of the transducer converts the wave into an electric signal.