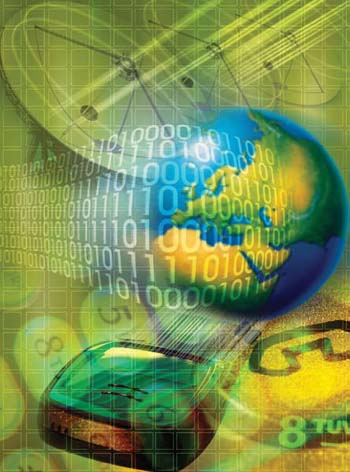 By applying this knowledge correctly, you can ensure that a transmitting system is designed to transfer as much power as possible from the feeder line to the antenna, or you can take steps to ensure that a receiving antenna is correctly matched to the line that connects it to the receiver itself, so that no power is wasted.

Additional knowledge of antennae and other microwave devices may provide you an extra edge over your competitors.

Whether you are interested in telecom, datacom, wireless, wide-area networking or voice over IP, everything begins with the public-switched telephone network (PSTN) and plain ordinary telephone service (POTS). Many communication technologies are based on those used in the PSTN. So regardless of the system you are interested in, it is important to have an understanding of the structure and operation of the telephone network. Every other system, including the data rates for digital transmission systems that carry IP packets, can be traced back to this.

Generally, PSTN refers to the combination of lines and switches that form a system of electrical routes through the network. But before exploring the network, be clear with the basics of a telephone—both the equipment and signals. Look at the essential components of your simple age-old telephone set: ringer circuit, on-/off-hook circuit, equaliser circuit, hybrid network, speaker, microphone and dialing circuit; any advanced telecom equipment is built on the same scheme. Other network equipment like station equipment, local loops, trunk circuits and exchanges also need your attention.

In networking, you should know how a central office provides PSTN connection to the customer premise equipment (CPE). A CPE may be an individual phone at a residence or at a private branch exchange (PBX). However, nowadays, electronic PBX (EPBX) are more popular than PBX. You are expected to understand the switching concepts: circuit switching and packet switching. For example, how circuit switching is used for making a standard telephone call on the public telephone network. In fact, circuit switching establishes a dedicated connection between the base and mobile for the entire duration of a call. But in a packet switching operation, single node-to-node link can be dynamically shared by many packets over time, so line efficiency is greater. Here mobile packet data connectivity systems like cellular digital packet data, RAM mobile data and advanced radio data information systems are important to understand.

Bear in mind that any network needs a system to control its traffic. The signaling system is the controlling factor. You need to understand how the common channel signaling systems control telecom traffic. You may even put a special emphasis on the global standards like Common Channel Signaling System No. 7 (SS7 or C7).

Today, SS7 is being used throughout by the Bell Operating Company’s telephone network and most of the independent telephone companies because it has the ability to transfer all types of digital information as well as support most of the new features and applications involved in advanced networks like integrated services digital network (ISDN) and interfaces like asynchronous transfer mode (ATM). Understanding of the network transmission hierarchy may prove useful.

How is telephony designed?

Let’s start with the traditional landline telephone system POTS. It handles both signaling and audio information on the same twisted pair of insulated wires: the telephone line. The signaling equipment consists of a bell, beeper, light or other devices to alert the user of incoming calls, and number buttons or a rotary dial to enter a telephone number for outgoing calls. Explore the small nitty-gritties. Why is a twisted pair preferred over an untwisted pair? How has the system been adapted for data communication such as telex, fax and Internet communication? Such probing will help you to acquire sufficient knowledge to overcome the interview with ease.

It is also beneficial to observe how this end-to-end analogue network has gradually evolved towards digital telephony. Starting with transmission networks modified with T1 carrier systems, use of later technologies such as SONET and fibre-optic transmission methods further facilitates digital transmission.

While today the end instrument remains analogue, the analogue signals are typically converted into digital after reaching the aggregation points: serving area interface or the central office. Digital loop carriers are often used, placing the digital network ever closer to the customer premises, relegating the analogue local loop to legacy status. Here, the network topologies, both infrastructure and ad hoc, demand attention. However, in real systems some customised versions are used depending on the cell concept and frequency of reuse. For example, the main aim of any cellular service provider—increase of customer base within a limited frequency bandwidth—is also achievable by using a special type of infrastructure topology called multi-BS network configuration.