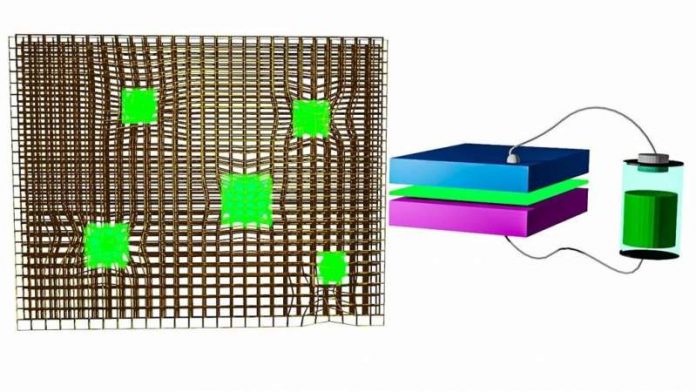 Due to their crystalline structure, perovskites can absorb and emit light, and are very useful in a range of energy-efficient applications, including solar cells and various kinds of detectors. However, LEDs made of perovskites have proved unstable on testing. The unstable nanocrystals degrade the unwanted bulk phase, losing their nanocrystal advantages and undermining their potential as practical LEDs.

Therefore, the researchers stabilized the nanostructure in a porous structure called a metal-organic framework (MOF).

“We attacked the stability issue of perovskite materials by encapsulating them in MOF structures,” said Xuedan Ma, scientist in Argonne’s Center for Nanoscale Materials (CNM), a DOE Office of Science User Facility. “Our studies showed that this approach allows us to enhance the brightness and stability of the light-emitting nanocrystals substantially.”

“In this work, we demonstrated for the first time that perovskite nanocrystals stabilized in a MOF will create bright, stable LEDs in a range of colors,” said Wanyi Nie, scientist in the Center for Integrated Nanotechnologies at Los Alamos National Laboratory. “We can create different colors, improve color purity and increase photoluminescence quantum yield, which is a measure of a material’s ability to produce light.”

The researchers tested their material under ultraviolet radiation, in heat and in an electrical field. And they found no degradation or loss of its light-detecting and light-emitting efficiency.

Researchers believe that their work could one day enable lower cost TVs and consumer electronics, as well as better gamma-ray imaging devices and even self-powered X-ray detectors with applications in medicine, security scanning and scientific research.

The research appeared in the journal Nature Photonics.