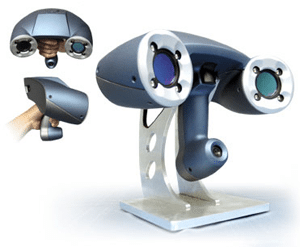 Rohit Walke, Jay Instruments, shares, “3D modelling software may vary according to the application. In electronics, it can be used in sheet-metal, rack-mountable enclosure or plastic enclosure design/modelling for electrical equipment like chassis and motherboards.”

“For CAD modelling, there are multiple software like ACAD, ProE, CATIA and Soliedge. But for fast and accurate concept design as well as new modeling, a 3D scanning system coupled with redesign software is used,” Walke informs.

Talking about prototyping, Singh says, “Any manufacturing process always needs a tolerance limit for production as every machine has its limit of accuracy which makes it impossible to produce a part with zero tolerance. So before starting mass production of any product, we check it while making a prototype. This includes inputs in the form of man, machine, material and cost.”

[stextbox id=”info” caption=”3D modelling software”]• Unigraphics
• SolidWorks
• trueSpace
• AutoCAD
• Blender
• Pro Engineer
• CATIA[/stextbox]
As the cumulativecost of all these variables is very high, “We use 3D modelling technique to visualise a product and to check the position of various features in a product. Also, 3D modelling helps to check the assembly feasibility of that product with another part,” Singh adds. With prototype building, the time consumed is less and the chances of errors are also minimised.

Dr Vaidya explains, “Reverse engineering connotation can also be used when we are trying to mimic some product and replicate it in a new form. The vital principle while replicating the process is that it has to fall within the legal framework.”

Reverse engineering is creating 2D and 3D drawings to regenerate computer-aided designs of an existing product. It is a tedious process to find out all the dimensions, and even if one dimension is missed, you would be unable to replicate the whole thing. 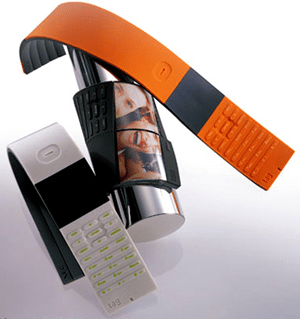 You may have experienced this in some designs. For example, while talking on a touch-screen phone, your ear touching the touch screen may cancel the call. Diwan says, “Due to reverse engineering, there are fewer chances for failure. It helps to analyse good and bad features so that the desired features can be retained for a long term, while faulty/bad features can be designed out.”

“Reverse engineering is also used in benchmarking competing products and assessing patent infringements. Given the stiff competition in the market today, it is becoming an important tool to stay ahead of times,” adds Rawat.

Automated verification
Apart from modelling and reverse engineering, 3D laser scanning is used in quality assurance. Rawat says, “Scanners are placed at the end of production lines to capture the 3D data of pieces as they come off the line. The 3D scanned data is validated against the original CAD data to provide an automated verification of the product. 3D laser scanning also has the capacity to acquire hundreds of thousands or millions of points spread across the entire geometrical figure of the scanned material and thus makes it possible to accurately describe the freeform surfaces and digitise the entire components that may lie inside the object.”

“3D scanning helps in inspection and rectification. Often, production tooling fixtures undergo a deformation or damage after a certain time period. If the native CAD data is unavailable for such a fixture, it becomes hard to repair or replicate the same fixture. With 3D laser scanning, one can recreate a local insert which has been damaged or the entire fixture more accurately and much faster than any other 3D coordinate measuring system,” adds Rawat.

3D measurements for concept design
It is hard to believe but cellphone companies spend a lot of time and money in creating superb concept phones even if these phones never hit the market. Concept designs help to peep into the future and are an art in the field of technology.