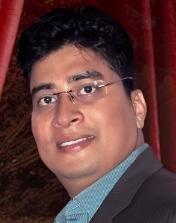 The difference between a latch and a flip-flop is that a latch is level-triggered (outputs can change as soon as the inputs changes) and Flip-Flop is edge-triggered (only changes state when a control signal goes from high to low or low to high).

Latches are something in your design that always needs attention. There are tools that help designers pinpoint the existence of latches in their design as ‘must know’ information. And then, it is the designer’s responsibility to correct if the latch usage is unintentional, as this could easily have happened due to poor RTL coding practices.

Once the latch existence is acknowledged at the synthesis level, then the downstream tools follow those conventions. This statement is suitable for ASICs, but latch existence is not acceptable for FPGAs. It would be fine to say that FPGA tools have more accurate timing analysis for the flop-based designs.

An expert designer knows how to utilize the time-borrowing capability of a latch for slack balancing while optimizing latch based critical paths in the design. Once he or she decides to use latches in a particular design, the engineer has to make sure that the enable signal is stable and valid data is being captured in the latch. This helps to avoid unstable states in the design.

Here are few differences between Latch Vs Flip-flop for your reference below:

About the Author
Arbind is a Core Competence Applications Engineer with Atrenta. He has eight years of experience in VLSI design specializing in RTL checking and optimization. Arbind has an M.Tech in VLSI Design from IP University, New Delhi. Arbind has authored many technical papers and articles on different topics for various conferences and publications. Email: [email protected]