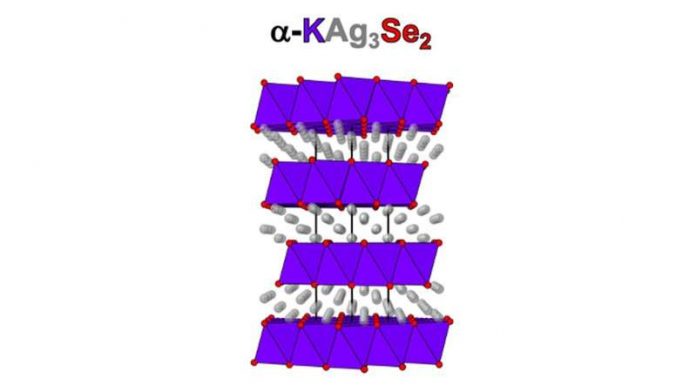 Mercouri Kanatzidis, professor at Northwestern University with a joint appointment in the U.S. Department of Energy’s (DOE) Argonne National Laboratory, was researching on finding a new superconductor with unconventional behavior. But instead, he made an unexpected discovery of material that is only four atoms thick and allows for studying the motion of charged particles in only two dimensions.

Superconducting materials lose all resistance to the movement of electrons when cooled to very low temperatures. “Much to my disappointment, this material was not a superconductor at all, and we could not make it one,” said Kanatzidis, who is a senior scientist in Argonne’s Materials Science Division (MSD). “But much to my surprise, it turned out to be a fantastic example of a superionic conductor.”

Researchers believe that the studies with this superionic material could also be instrumental for designing new thermoelectrics that convert heat to electricity in power plants, industrial processes and even exhaust gas from automobile emissions. And such studies could be used for designing membranes for environmental cleanup and desalting of water.

The research appeared in the journal Nature Materials.