SLMs applications
Accurate SLMs are expensive and not accessible to average people. On the other hand, smartphones that are widely available allow for various downloadable applications. Many of these apps allow smartphones to be used as an SLM and provide a cost-effective solution to help determine noise levels in different environments.

Based on this availability, questions that are asked frequently are:
1. Can a smartphone SLM app be used as an informative substitute for measuring sound levels?

2. If such uses occur, will the accuracy be acceptable to substitute for measurements made with a dedicated and calibrated SLM?

The answer to the first question is yes and to the second question the answer should be, “Let us not get carried away at this time.” An analogy might be: Can a pickup do the same job as a semi-tractor? To a limited extent, yes, in that it can haul products, but will have its limitations.

Smartphone SLM apps were selected based on their ability to measure occupationally relevancy criterion, as given below:
1. Ability to report un-weighted (C/Z/flat) or A weighted sound levels
2. Slow and fast response
3. Equivalent continuous sound level (Leq) or time-weighted average (TWA)

A total of 62 Android apps were examined, and only four (SPL Meter, deciBel Pro (dBA), dB Sound Meter and Noise Meter) partially met the selection criteria and were subjected to additional testing. 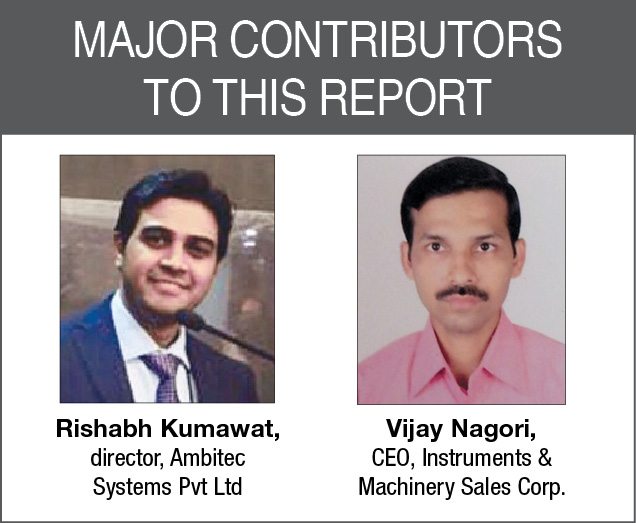 Overall, Android based apps lacked the features and functionalities found in iOS apps. This is likely due to the development ecosystem of Android marketplace and users’ expectations for free or low-priced apps, and the fact that Android devices are built by several different manufacturers.

The future
SLMs are an attempt to reciprocate sound as it is heard by the human ear. It is the perfect instrument that uses a transducer (microphone) to generate electrical signals, which are processed by the electronic circuitry to display the most accurate representation of sound waves.

But with external factors like temperature, humidity and dust, the microphone starts losing its sensitivity. Onboard electronics also have shelf lives of their own.

As long as the device is away from the human ear, decibel level shown on it will still not be the exact representation of sound that hits the ear drum.

MIRE. To overcome this, the concept of microphone in real ear (MIRE) is evolving. As the name suggests, the microphone is placed inside the ear. This is possibly the closest that we can get at present in simulating the sound as heard by the human ear.

Development of such a minute microphone that also has precision in measurement is currently underway. Application of this is for advanced research in developing more effective ear muffs and studying noise-induced hearing loss more closely.

Smartphones. With the growing development of smartphones, general-purpose applications are easily served by some Android and iOS apps that make use of the microphone of the smartphone as input to take various types of measurements.

Studies have been carried out to evaluate the performance of smartphones as SLMs, but it is still not clear if smartphones can replace basic type 2 SLMs.

In future, better-quality smartphones may replicate measurements taken by type 2 SLMs, but periodic calibration of microphones will be a big question.