Better usability
More firms have started unifying the user interface design across their product lines so as to help engineers work easier and faster when they switch between different equipment lines.
For instance, frequency upgradability lets customers buy equipment that can handle lower frequencies and then later upgrade to the feature set of higher-end equipment. While the upgrade is a software licence change in standard equipment, it is a hardware upgrade when making upgrades such as moving from 26GHz to 40GHz. 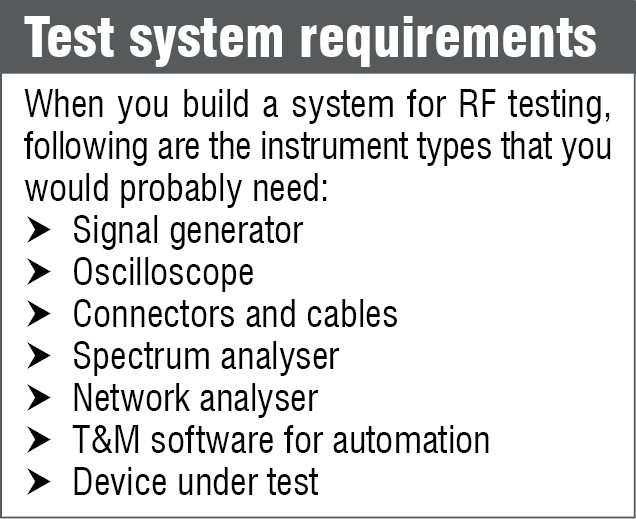 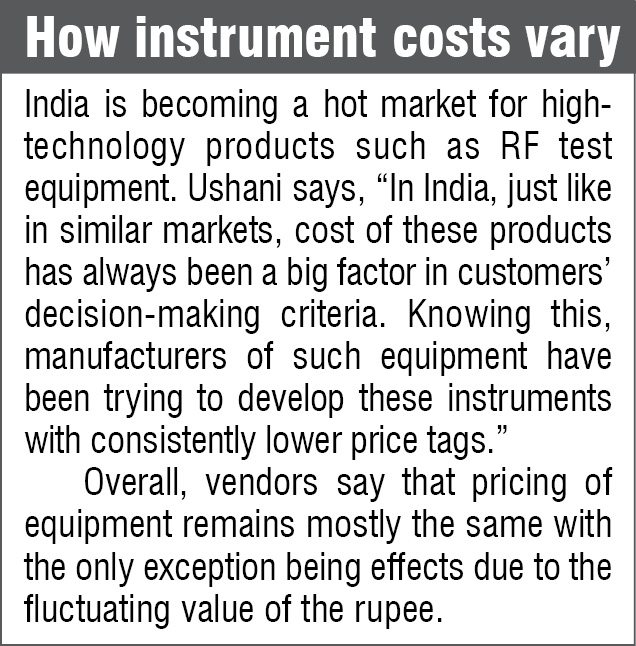 Improved specifications
In signal generation, newer equipment focus on wideband signal generation with a maximum of 120MHz in the economy line of equipment and 160MHz in mid-range equipment. If you need more, high-end equipment can go up to 2GHz by using an external arbitrary waveform generator. These would be of use to engineers working to develop solutions for the defence market, electronic warfare testing (such as generating a threat environment).

High-end equipment feature an ultra-fast settling time. Keysight has some high-speed signal generators such as UXG X-series, which can cover from 10MHz to 40GHz.

Arbitrary waveform generator portfolio has also grown to use ultra-high bandwidth. While it was 5GHz earlier, newer equipment can handle up to 32GHz of analogue bandwidth. It can also handle up to 92 gigasamples per second. Predominantly used by guys in optical design who need high optical data rate, it can also be used for optical receiving testing and modulation like PAM-4, PAM8 and DMT. It also has an ultra-low jitter value so you get a very clean signal at such a high bandwidth and with a high data rate.

FieldFox is another product line that has gone up from 26.5GHz to cover up to 32GHz, 44GHz or even 50GHz range in the same handheld form factor. This is a battery-operated instrument useful for field testing, microwave network establishment and field testing of military radars working in microwave and mmWave frequency bands.

Looking forward to 2016
Going by the number of updated instruments, 2015 seems to have been quite the year for various RF test equipment. Vendors also talked about a renewed focus on giving importance to the engineer using the equipment, through updates to the user interface, support software and productivity enhancing features.

Dilin Anand is a senior assistant editor at EFY. He is B.Tech from University of Calicut, currently pursuing MBA from Christ University, Bengaluru